Living Beyond the Smoke Haze.

The Journey to Becoming Smoke free

I recently quit smoking which in turn led to me quitting coffee and alcohol (beer) being my alcohol beverage of choice. I was not a daily drinker but I was a daily smoker; starting my day with my wake up morning coffee and cigarette. I had a few health problems that helped lead up to the non-smoking Pam so here is my story of that journey.

It started back in Dec. of 09 when I broke my foot; it was the beginning of the end of a few bad habits the main one being smoking. I ended up staying at my boyfriend's house for two months as my own apartment was on the second floor; with no elevator but plenty of stairs. Basically I went over to a friend's house slipped on her floor and didn't get home until two months later. It was definately more of a night out than I had anticapated.

Living in a Smoke-free Zone

I had a cast on for over two months then I had to do physiotherapy after the cast was taken off it had been a long healing process. My boyfriend is a none-smoker so his house is a smoke-free zone. Everytime I needed to have a smoke I would hobble out to the porch on my crutches in 20 below weather at times. This did not deter me from the need for my nicotine fix. It was times like these that I really hated my filthy addiction hating the grip that it had on me.

Time to Quit - Having Surgery

The good thing that came from this was that I cut down my overall smoking by a large amount. I found out that I had to have a full hysterectomy in June so I figured what better time to quit than before surgery. The timing couldn't have been better. My boyfriend payed to have laser treatment for me to help me quit smoking. This did help to reduce the cravings they didn't seem as severe as they had in past times I had tried to quit.

Keeping Away from Temptation

In the end I think the big part in helping me suceed was getting in the right mind set and staying away from my triggers; my biggest two were beer and coffee. I know someday I would be able to have a coffee or beer without trying to stick a cigarette in my mouth between sips. I am living a bit like a hermit at the moment seeing only a few of my non-smoking friends and family. At this early stage I must keep away from my smoking friends because the temptation right now is too strong for me to want to grab their cigarettes and start puffing away all over again. Don't get me wrong my friends are all dear to me but this is just something I must do for me in order for me to have a better chance of sucess with quitting smoking.

Life After the Smoke Clears

I know one thing for sure and that is good things can come from bad things at least it was true in my case. If you have an addiction you are fighting open your eyes and look you will find the good too! Believe me when you decide you are ready to take those steps you will be opening your eyes to a brighter, clearer way of life after the smoke clears. I like that I am no longer looking at the world through a haze of cigarette smoke it feels good to finally see the clear picture! It is a natural high to step out from the haze and look at life in a whole new way!

Trade Bad Habits for Good Ones

I have to say I am starting to really like the new smoke-free me as does my loved ones. Making changes in our habits or lifestyles can be good if the change is a good one. The good news is you can trade in your bad habits for some good ones. We all have to try and make the right choices for ourselves; and if we make wrong choices well we keep trying until we get it right! Just remember you can reach your goals a big key to succeeding is not to give up on yourself; and don't beat yourself up if you make a mistake.

Start your journey now you will be glad you did because the veiw is beautiful beyond the haze! This was the first leg of my personal journey to becoming smoke free. I am no longer standing out in the cold puffing on a cigarette; but instead I am enjoying the warmth of the fire inside. I am now Pam Kinney the non-smoker I really like the sound of that and believe me you will too. Why don't you come in out of the cold and join me beside the fire! 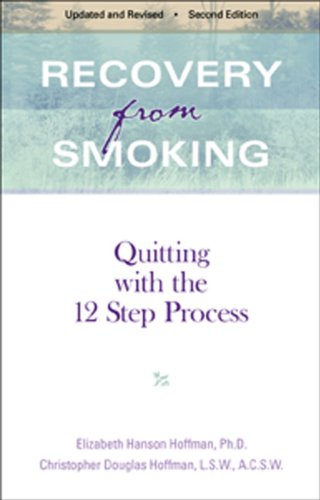