Mill Lake Park has had a great impact on my life and there are significant parallels of change between the two. Nothing stays the same. With a lot of effort and determination, positive change can emerge which enables a park or a person to flourish.

A lake in the middle of town—what a treasure! While many people now take its beauty for granted, it wasn’t always that way. Mill Lake got its name because it was the site of a sawmill. As you can imagine, the lake was filled with logs and debris and wasn’t a pretty place to relax but a place of work. When the mill closed down, the debris was left behind and the lake became lost and neglected. It was rather insignificantly located between two towns. As the area developed these two towns built up and soon the lake was surrounded by houses. Many years later these two towns became one city and the lake was in the middle...a beautiful park used by families with small children, walking enthusiasts, and nature lovers. It is a lake that brings people together. It took a common vision, determination, and hard work by city leaders, advocates, and volunteers to expose the beauty of Mill Lake and protect it as a park for all to discover and enjoy.

I’ve had an emotional connection to this lake since I was twelve when I moved with my family from the province of Manitoba to British Columbia. It was the best move of my life—new friends, new school, new church, new beginning. A world of opportunity lay before me waiting to be discovered, including a lake in the middle of town. We would go there for picnics and feed the ducks—lots of them! I remember Dad feeding a squirrel, obviously used to human handouts, but a delight for us to watch. At that time there was only one road access to Mill Lake and rarely was there lack of parking. On another side, a short distance from the lake an outdoor pool had been built and this is where I learned how to swim with new friends from the neighborhood. When family from Manitoba would come for a visit, we would take them to see the lake as part of our sightseeing tour. We saw its potential.

I went away to attend college for several years and shortly after graduation returned to my hometown. Life was different—I moved out on my own, had my own car, and commuted to work. Every now and then I would drive to Mill Lake to see if things were still the same. While my emotional connection was just as strong, changes were happening there as well—a paved walking path had been made part way around the lake, the park land was more carefully maintained, and the lake was cleaner. The beautiful potential was emerging.

Once again I moved away and after many years wondered if my hometown, which had now tripled in size, would hold opportunities for me that my current location no longer did. I moved, started attending university, and tried to make a new life for myself. The city had changed, I had changed and I felt like an outcast, unaccepted and alone. Reality fell far short of my eager expectations and once again I found solitude and comfort at Mill Lake. This time I felt a kinship to its own struggle to become “whole.” Development of the park had come to a standstill until the city could purchase the houses along the waterfront and surrounding blocks—this was done, one house at a time. I felt like I was facing my own struggles, one obstacle at a time. With God’s help I kept trying to grow towards my own potential.

Yes, I moved away again, this time for good…never to return (or so I thought!) My parents were aging and Dad went into a care home, leaving Mom to live alone. After much deliberation, I decided to move back and be there for them as needed in their elder years. My heart was divided and often I would seek refuge at Mill Lake, using the completed walkway to circle the lake as I thought and prayed for hope! Too many of my dreams and aspirations seemed impossible and therefore unnecessary. I would look at what had been accomplished at the Park, how the path was now complete and other parts were being developed, and I longed for the same hope for my own life to come full circle and reach its potential. I didn’t know there was a man who saw me on one of my walks and prayed for me, “Lord, please bring someone into this lady’s life so she can have joy!” I was unaware that God had plans that he was bringing to completion. This man was also unaware that he would become the answer to his own prayer!

A year or so later I signed up with e-Harmony to see what it was all about. Eight months later I started communicating with a man from my town—we met in person and discovered that I was indeed the very lady he had prayed for. We fell in love, returning daily to sit and talk on a bench overlooking the water at Mill Lake. He helped me find joy and encouraged me to awaken the dormant dreams of my heart. As we got to know each other better, I began to dream of getting married in the park, by the lake—and we did!

A couple of years after I got married both my parents died within the same year. Almost every day during that time, I made the trek around the lake to the care home where they lived. I went through wave after wave of emotion, dealing with their failing health and then the loss of each one. Mill Lake was witness to the intense pain which was tearing at my heart. It also became a great comfort as I laid it all to rest at its shores. In the years since, large trees have fallen, been trimmed or cut down. They have been replaced with new trees and new foliage. The seasons of life, death and rebirth continue and the parallels of change deepen.

While I have experienced the depths of pain in that park, I also have experienced much joy. It is a place where I get inspired with new thoughts/ideas, discover new people, and delight in the ever-changing beauty of nature around me. I am thankful every day that my hopes and dreams which once seemed lost and forgotten, have once again been reborn. With God’s help and the encouragement of my soul mate, they are becoming a reality. As Mill Lake Park is subject to upgrades and changes to make it better, I will continue to grow and change in order to reach my full potential—our journey continues. 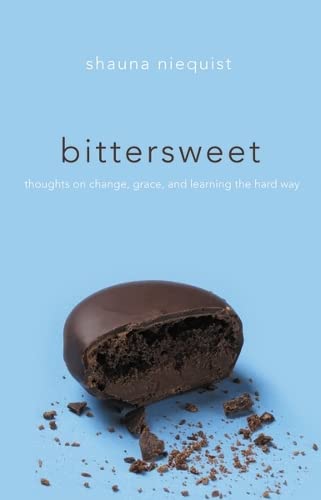