Multiple sclerosis affects everyone who has it differently. For me, the physical problems are certainly challenging, but the hardest symptoms to cope with have been cognitive issues, such as concentration, information processing, planning and memory.

Problems with memory, especially short-term memory, may be the worst of these. All cognitive functioning relies on memory to some degree. You can't process what you don't remember, nor can you plan very effectively if you're prone to forgetting important details. Focus and concentration also depend on memory. If you can't remember where you are in a procedure, or you're concerned that you may have forgotten an important step, you won't be able to give your full attention to the task at hand.

Whether memory problems are a result of multiple sclerosis or some other cause, there are a number of tools and techniques that can help. Some are obvious, such as writing things down or using a calendar or planner or some kind. I've created a list of 7 not-so-obvious tips that I've found to be extremely effective, and which I use on a regular basis myself. Some of these tips are a little unusual, but I know from first-hand experience that they absolutely work.

1. Make it impossible to forget

This is my favorite technique, because it always works. It requires a little creativity, and, unfortunately, can't be used in every situation, but in those instances where it can be used, it is guaranteed to work!

The technique, which is for remembering to do something in the future, can best be explained with an example: I used to forget to take my lunch to work. I would make lunch the night before, put it in the refrigerator, and drive to work the next day without it. One night I got the idea of putting my car keys in the bag with my sandwich before putting it in the fridge. I'm not sure what triggered the idea, but it was foolproof! It was now literally impossible for me to get to work without taking my lunch out of the refrigerator.

Whenever you have to remember to do something later, try to think of some way - no matter how strange it is - to set things up so that you will actually be forced to do it. Try to find some way to connect or arrange things such that it becomes physically impossible to forget, as I did with my lunch and car keys. It takes a little practice, but once you get used to thinking about things in this manner, you may be surprised at how often you can use this technique.

Cloud computing simply refers to storing data and software on the internet instead of on your computer. The advantage is that you can access it with all of your devices, including your computer, phone and tablet, without installing software.

There are many free cloud services available. Rather than sign up for dozens of different services, select just a handful and use them effectively. Most offer a basic service that is free, as well as premium service with more features or storage. I've gotten tremendous benefit from the the free versions of these three cloud applications: 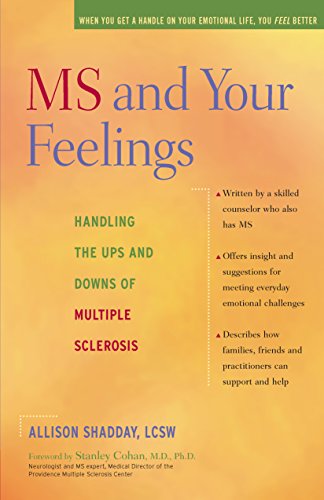 MS and Your Feelings: Handling the Ups and Downs of Multiple Sclerosis
Buy Now

A psychologist taught me this trick. I was trying to recall a person's name, and said aloud that I could see this person's face in my mind, but couldn't recall her name. "Think about the sound of her voice," the doctor said. As soon as I did, the person's name came to me.

The brain often contains multiple pathways to specific memories. If one of them seems blocked, try to find another. It's best if you can somehow engage a different sense, as when I went from sight to sound to recall the person's name in my example. It could be as simple as thinking about the song that was playing in the background when an event occurred.

It may also help to think of something that is related to what you're trying to recall, and then think about how it is related. If you can, think of several things that are all related to it in different ways.

I have trouble remembering phone numbers. There's a girl named Jenny, however, whose number I can recall easily, even though decades have passed since I first learned it. It's 867-5309. The reason I remember it so easily is because Jenny (867-5309) was a Top 10 hit for Tommy Tutone in 1982.

We remember things more easily when they are set to music. It's why companies use jingles. Can you imagine a small child learning their ABCs if they weren't set to music?

If, like me, you can easily remember song lyrics, but have a harder time remembering actual, useful things - why not set the information to music? Pick any song, even the ABCs, set the information you want to remember to that tune, and sing it until you know it "by heart". It's better if you sing out loud, to additionally engage the sense of hearing, but if that's not possible, sing it to yourself. If you can arrange the information so that it rhymes (like the ABCs), even better, but it's not necessary.

I told you that some of these techniques were unusual. All I can say is that if you have memory-related issues, these methods will help. 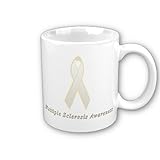 The great thing about habits is that - by definition - you don't have to remember to do them. In fact, once something becomes a habit, it becomes very difficult to stop doing it. To make sure you never forget to do something, then, turn it into a habit.

This is where it gets tricky. They say it takes 30 days to develop a habit, so for 30 days, you somehow have to remember to consistently do the thing in question. Do whatever it takes - use technique #1 (make it impossible to forget), even engage the help of others if you have to - but make sure that you do this thing consistently every day for 30 days. After about 30 days, you'll do it automatically, and never have to think about it again.

For example: I never forget to put my seatbelt on anymore, because for 30 days my wife clipped my car's ignition key to the seatbelt (another example of making something impossible to forget). I couldn't start the car without handling the seatbelt. Now I automatically grab the seatbelt when I get in a car, without thinking about it. Once you make something a habit, you'll never have to remember to do it again.

6. Use the In Box/Out Box Idea

The idea here is simply to find ways of distinguishing what's already been done from what still has to be done. In some cases, actual in and out boxes will do the trick, but some situations require a little more creativity. When you're making a recipe, for example, you could start by placing all of the spices you'll be using on your left side, and putting each spice down on your right side after you've used it. You can then tell at a glance which spices you've already added.

Before NASA launches a rocket, they carefully go through a written checklist, verifying that each item has been done. You don't have to be doing rocket science to use checklksts, however. You can use them for anything, even mundane, daily activities.

Depending on the severity of your condition, you could even make checklists for simple things such as leaving the house or going to bed. It may be hard to admit that you need written checklists for such things, but the simple truth is that some people do. Believe me, it's better to just make the checklist than it is to keep forgetting things.

Your "Before i go to bed" checklist, for example, might contain items such as:

It's best not to combine things, such as pick up wallet and pick up phone, into one item. You don't want to do one of them, check off the box, and then forget the other one.

If you sometimes forget to take your meds, wake up in the morning and find the TV on, or discover that you've left the house without your phone or wallet, this technique can help.

From the MS Society - Cognitive Dysfunction in MS:

Cognitive issues can be among the most frustrating symptoms of MS, and some of the hardest to cope with effectively. For me, these seven tips have been among the most effective tools I've found for managing these problems. If you have some tips or techniques that have helped you, feel free to share them in the comments section below.