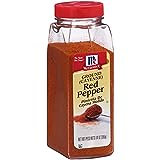 The Cayenne is a red hot chili pepper, also known as capsicum. The origin of the word Capsicum is somewhat a mystery. It's assumed to be derived from the Greek word "kapto", which means to bite. True to it's name, Capsicum, or Cayenne has a hot, sharp bite to it.

It's a little known fact that this pepper is actually a berry. Kind of like how the tomato is a fruit and not a vegetable as many call it. It's thought that is was called a pepper by the Spanish Explorers and the name stuck. This devilish red delicacy was first used by Native Americans that were located south of the Mexican boarder as early as 700 B.C. The mixture of chocolate and these lusciously hot red berries (Peppers) were reserved strictly for the pleasure of Aztec Royalty. It was introduced to Europe by Christopher Columbus as the Guinea Pepper. Regardless of it's name, the one thing that stands true is it's a serious aphrodisiac!

Cayenne is so medicinally powerful that it's one of the few spices to show up in the American Illustrated Medical Dictionary, the Merck Manual and Materia Medica. They have it named a rubefacient, local stimulant, counter-irritant, gastric stimulant, and diaphoretic. As a local stimulant, it's found in many sexual enhancement supplements. Don't run out to the drugstore just yet though because you can get the same benefits by using cayenne in your cooking, perhaps even more.

One of the most successful seductive recipes for cayenne combines with some other very potent aphrodisiacs. Try it if you dare!

Instructions:
Prepare the pie crust per directions and set aside. Preheat oven to 425 degrees. Beat all the rest of the ingredients until smooth. Pour mixture into the pie shell and bake for 15 minutes. Reduce oven to 350 degrees and bake for another 35 minutes or until set. Allow pie to cool and serve topped with whipped cream. Left over whipped cream can be used per your imagination after you finished your pie!