Heavy Metals and Mercury Poisoning: Chelate with The Cutler Protocol

Chelation with ALA and DMSA - How to CLEANSE HEAVY METALS from your body!

The Cutler Protocol is a Chelation method created by Dr. Andrew Hall Cutler. It is a mercury detoxifying treatment that also removes heavy metals and other toxins from one's body. This is done via supplements, ALA (Alpha Lipoic Acid) or drugs like DMSA (dimercaptosuccinic acid), DMPS or EDTA (Ethylenediaminetetraacetic acid). It is a process that involves oral (taking capsules), transdermal (application to the skin) or Intravenous administration (IV injection into body). The Cutler Protocol does not recommend the latter.

This protocol is used by thousands primarily to remove mercury caused by dental amalgams, mercury in general, and also mercury from vaccinations in Autistic persons.This method is most commonly practiced with either Alpha Lipoic Acid (Lipoic Acid), DMSA, DMPS or EDTA. The protocol does also assist in removal of: Nickel, lead, and other toxic elements.

Is oral chelation safe?There are currently divided opinions regarding the issue, however anecdotal evidence suggests that they do safely and effectively remove many different toxins. The chelators have everything to do with the outcome as each one is uniquely different. Some are a naturally derived substance, as in Alpha Lipoic Acid, and others are synthetic and powerful, such as EDTA, DMSA, and DMPS.

What is Chelation?Chelation is a process by which a substance in the bloodstream can attach or 'bind' itself to the toxin (heavy metal) and hold onto it while it makes its way through the digestive system, the liver and or kidneys and eventually out of the body by way of feces or urine. Many foods and herbs in nature have this chelating capability like cilantro and chlorella. However, the bind is weak and so some of the toxin is 'dropped', usually in the small intestines, before it leaves the body and is thereby re-absorbed into the body where it will settle in various organs and tissue, including the brain, and make you sick all over again.

Other chelators like Lipoic Acid, EDTA, DMSA and DMPS are very strong in their binding ability in that they do not drop the toxin so easily and are capable of 'escorting' these metals completely out of the body. ALA will seek out mercury and bind to it but it will not alleviate symptoms of toxicity as the chelator has to pull the toxin into the bloodstream in order to remove it from the body. DMSA, on the other hand, will also bind to the metals once in the bloodstream AND will alleviate symptoms associated.

There are many protocols, or methods, for removing these heavy metals. The Cutler protocol emphasizes a safe method in that it enables a consistent level of chelator (e.g. Lipoic Acid, DMSA etc.) to remain in the bloodstream and thereby binds to the metal and escorts it out. The reason for this is that any chelator has a half life. As the levels of the chelator drop in the bloodstream, some metals or toxins remain behind and are then able to roam around and make you sick as they find places to settle. By consuming the chelator every 3-4 hours you ensure that the levels in the blood remain constant and prevent toxins from roaming and making you sick while at the same time eliminating large amounts over several days This requires that the chelator be taken every couple hours round the clock even at night for several days and then resting without the chelators for the same amount of time. For example, most people do 3 days on and 3 days off.

For more information and for beginnning the Cutler Protocol his book "Amalgam Illness Diagnosis and Treatment" is a must read!

**the recommended chelators are Alpha Lipoic Acid and DMSA, if you prefer to only do natural supplementation it is perfectly fine to forego DMSA but ALA is critical and required per the protocol**

Amalgam Illness, Diagnosis and Treatment : What You Can Do to Get Better, How Your Doctor Can Help
Buy Now

Why is ALA (alpha lipoic acid) so important?

The Blood Brain Barrier is a network of closely sealed cells in the brains capillaries. Most chelators can travel the bloodstream and reach tissue in the body, except the brain. Of all the chelators (binding agents consumed) ALA is the only one with the ability to cross the blood brain barrier (BBB)! The brain cells are protected so that nothing can penetrate.. for your protection of course, in fact of all man made cancer drugs less than 5% can cross this barrier. There are however a limited few exceptions, and ALA is one of them. Being the super antioxidant that it is, it will cross the BBB and pull out and bind to mercury for removal from the body. This is why this antioxidant is crucial to the program.

(warning: R-ALA is a more concentrated from and should not be used; Also, ALA is not the same as Alpha Linolenic Acid which is a fatty acid)

Are you mercury poisoned? 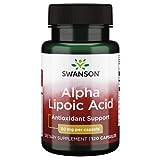 Heavy Metals and You: What you need to know!

Heavy metals in the body are believed to be responsible for the root cause of many diseases and illnesses including: Alzheimer's, Parkinson's, Hypoglycemia, Thyroid disease, MCS (multiple chemical sensitivities), Autoimmune disorders, Anxiety, Asthma, Chronic Fatigue Syndrome, Fibromyalgia, Lupus and Irritable bowel syndrome...just to name a few.

Most diagnostic exams can identify the disorder but lack in treating the root cause. It's no surprise that many who have chelated heavy metals out have also noticed improvement of the above mentioned disorders!

Chronic low levels of toxic exposure are very detrimental to your health...don't wait until it becomes an acute toxicity! Find out now what your toxic levels are and get proactive to eliminate these toxins from your body and your life! You might even see some disorders clear up simultaneously.

Must Read for Hair Test Analysis!

There are two ways to test for these toxins: blood sample or hair analysis. Both methods are very non-invasive and used for measuring toxicity in different ways.

When a standard blood test is issued looking for heavy metals, it will only be able to determine what is currently in the blood stream and leaving the body at that moment. It is unable to determine heavy metals that has already settled in the tissue and organs, or the brain. This test is appropriate if you were very recently exposed to the toxin in adequately high amounts.

A hair analysis consists of clipping a small amount of hair and submitting it to a lab for analysis. This test is also called a 'Hair Elements' test. It will determine precise levels of toxins that you have been exposed to over a long period of time going back several months. The analysis will check for mercury, lead, nickel, barium, arsenic, aluminum and a list of other toxic heavy metals as well as mineral levels.

There are various online groups that have shared their success with Chelation. People who follow the Cutler Protocol have a yahoo group called "Frequent Dose Chelation" which is an online support group available with answers for anyone using this method. Andrew Cutler himself is available within the group. The group has a link with postings of hundreds of success stories using the Cutler protocol, from people with Dental mercury to people with Autistic children! Yes even kids can use the protocol with much safety and success.