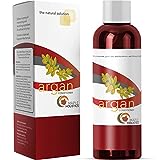 The benefits of American Ginseng have been well documented. Many energy drinks contain this substance. It's active ingredients are Ginsenosides and polysaccharides. The polysaccharides are an immune boosting element to accentuate the immune response. Meaning it boosts the immune system to fight off illness. In recent trials found to be effective in warding off colds, as well as treating them. If you find that you are sick all the time, or work in an environment around those who are sick, it might be an option.

The studies that are referenced here were for American Ginseng. Each strain has it's own active ingredients, and may only work for certain illnesses, and in certain circumstances.

A word of caution to those who might consider taking Ginseng, it isn't for everyone. Among the cautions include the following:

1) Not for those who have been diagnosed with an auto immune disease, due to its immune system modulating properties.

2) Not for those who have a history of anxiety, or panic attacks. As it is a stimulant. It may also apply to those with a seizure disorder as well.

3) Most herbs are blood thinners, including ginseng. For those who take Warfarin, or Nsaids, such as ibuprofen, aleve, motrin, aspirin, vitamin E, and vitamin D. As all are blood thinners and may pose a problem when combining. Best to speak to a pharmacist, when starting any new medication, over the counter or otherwise.

4) For those who take an MAOI, an SSRI or anti depressant, it does affect neuro transmitters, and may cause a problem. Again speak to a pharmacist, if you are currently taking these medications.

5) Those who take medications for diabetes. Combining ginseng may drop blood sugar levels too far, and hypoglycemia may result.

While researching this particular supplement, was fascinated by the many pathways of action that this herb possesses. Many of the preparations sold over the counter are derived from the root. Some are soaked in vinegar, which does make it more readily available to utilize. Other more effective preps are derived from the berries, and leaves. Contradictions in several studies state that oral administration isn't as effective as injection. Whereby in laboratory mice, was found just as effective. Only time will tell.

In a few recent trials was found to be effective in numerous applications. Among the most informative, and useful applications, was the treatment of metabolic syndrome, or syndrome X. This particular syndrome effects about 40% of the population, by age 60. It has become a major issue in Health, and wellness, and in a physicians setting.

Metabolic syndrome, or syndrome X is characterized by 6 major symptoms. They are:

including increased thirst, as well as increased eating.

In a recent trial Ginseng berry was used, with a higher concentration of ginsenosides. After 12 days of injection, hyperglycemia, and glucose tolerance improved markedly. The berry extract was found to reduce food intake, body weight, and increase energy. Also inhibited the neuro transmitter neuropeptide (npy). NPY's function is to stimulate food intake, from the brain. It is also a thermogenic, which means it burns fat in the body.

Among the other attributes, found to be clinically effective include:

Menopause, perimenopause, excessive bleeding, hot flashes, and night sweats. The particular product that was tested contains other compounds for the treatment of menopause, Phyto Female Complex, and available thru this website. Black Cohosh, Don Quay, Milk thistle, American ginseng, and chasteberry, all known for their female hormonal regulating attributes. American ginseng does promote the production of estrogen. For those who have a history of female reproductive cancer, a word of caution, it may pose a problem. Best to consult a physician.

American ginseng was also found to help with osteoporosis, to help build bone density. Estrogen production drops as we age, thereby a contributing factor in the progression of this disease. Ginseng is an alternative to prescription medications, with out the side affects. Up to 2000 mg was taken during these trials, without any sign of toxicity.

Among the other attributes, not proven yet, as an anti inflammatory, cardiac problems, such as heart failure,and cancer as well. As the clinical trials continue, with Ginseng's numerous pharmaceutical attributes, this herb shows great promise in numerous applications. 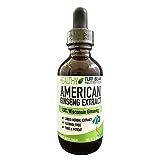