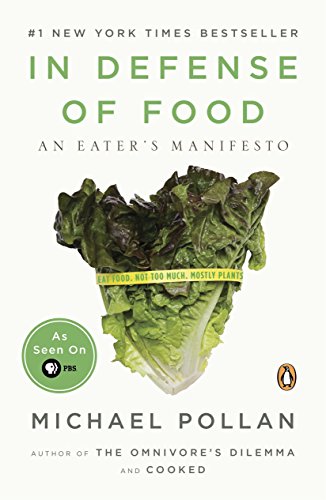 "Food Rules: An Eater's Manual" is the latest book by Michael Pollan. Pollan is a Knight Professor of Journalism at University of California -Berkeley’s Graduate School of Journalism, and he is also the Director of the Knight Program in Science and Environmental Journalism. In addition to teaching, he lectures widely on food, agriculture, and gardening but it is for his insight and philosophy on our food and diet that he has become a near household name leading to him being named as one of Time Magazine’s 100 Most Influential People of 2010.

His two books prior to ”Food Rules”,“In Defense of Food: An Eater’s Manifesto” and “The Omnivore’s Dilemma,” have earned him many accolades. “The Omnivore’s Dilemma” was one of New York Times ten best books of 2006 and it also won the California Book Award, the Northern California Book Award, the James Beard Award for best food writing, and made it through to the final of for the National Book Critics Circle.

Pollan has summed up his philosophy in just seven simple words “"Eat food -not too much mostly plants." and “Food Rules” gives us 64 rules in just 139 pages by which to live this philosophy.

So why should we follow the 64 rules laid down by Pollan in the 139 pages of “Food Rules” to adapt our shopping and eating habits.

Are there any surprises in the 64 rules – perhaps one or two but what these rules do is us provide a common sense approach to eating and shopping which many have said sounds just like the sort of sound guidance that their Mother or Grandmother would provide.

If you found this article interesting you may also enjoy reading the series that I've written reviewing some of the more popular weight loss and lifestyle programs.