Modern society contains illnesses and diseases that were unknown centuries ago when our ancestors lived on healthier diets, breathed cleaner air, generally spent more time outdoors and took regular exercise. Our modern lifestyles are not particularly conducive to good health and there are currently epidemics that the medical profession hasn’t confronted in years past so are not yet aware of how to diagnose and treat.

One that is growing to epidemic proportions but that is hidden because doctors don’t understand it is Candida, a yeast overgrowth, generally situated in the intestines but sometimes found in organs, that’s a member of the thrush family. It occurs when a person’s immune system is compromised, from over prescribing of antibiotics or from too many sugars and carbohydrates. It can debilitate sufferers and ruin their lives.

Candida is often related to at least two other hidden modern epidemics: mercury poisoning and parasites. The majority of people who have mercury/silver amalgams (fillings) don’t succumb to chronic mercury poisoning (although they may have symptoms and dismiss them) if their immune systems are strong.

When a person’s immune system has been weakened they cannot eliminate mercury from the body and so develop severe mercury poisoning. Candida is present in everyone’s bodies and it’s necessary to maintain a balance in the digestive system but one of its functions is to fight mercury so when too much mercury is present Candida grows out of control. Mercury poisoning can lead to sufferers being in wheel chairs and it can cause death from organ failure or suicide..

Parasites are not a new phenomenon but have existed in humans and animals as long as we’ve been around. They’re only becoming a modern epidemic because our ancestors and even our grandparents used to be aware of them and had measures to ensure they didn’t get out of control, such as taking castor oil. Today people worm their pets but don’t think of worming themselves!

They love a polluted atmosphere to live in and will feel quite cosy in a digestive system ridden with Candida, sugars, carbohydrates, yeast and starch. If the colon hasn’t been cleansed for many years the stomach lining and digestive tract will be covered in mucoid plaque from residues of the listed foods and this will be writhing with parasites.

Parasites can live anywhere in the human body; there was a report of one wriggling in someone’s eyeball when the person was parasite cleansing. It’s possible that the worm hid as far away as it could from the stomach containing the parasite killing herbs. Often they enter the body microscopic so can situate themselves anywhere and then grow. Statistics show that more than 90% of people in the first world have parasites.

Sufferers of any or all of the above modern epidemics can have hope of full recovery if they take the appropriate steps to heal themselves. These will include seeing a mercury free dentist to first establish whether they have mercury poisoning because there’s no point addressing the other problems until they’ve had their fillings removed and Chelated (detoxed from) the mercury.

A specific diet will be necessary to eliminate Candida and this will mean cutting out sugars,  yeast, wheat, dairy, processed and certain other unecessary foods. I do not recommend cutting out fruit because it is essential and when it is eaten on an empty stomach it will be digested throughroughly and will not be caused to ferment by other foods. Colon and parasites cleansing will be appropriate and liver detox and support will be a major help. Support for the immune system is necessary so the body will begin to heal itself. Sunshine, Vitamin C and Echinacea will be of benefit to this end. There’s a wealth of information online and there are many good books available. I recommend seeing a Herbalist and/or Naturopath because they’ll be trained and able to advise you in the correct treatments. Medical doctors sometimes diagnose the above conditions under the unbrella of ME or Chronic Fatigue Syndrome but there's little they can do about it.

The most important thing in the fight against these modern epidemics is a positive attitude. The immune system thrives on the chemicals the body produces when a person is happy but is weakened by negative emotions. Deciding to be strong is in the long run deciding to get healthy. I wish you good health! 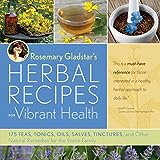 Join us and write about issues that concern you: