Most Common Forms of Arthritis

Arthritis is a condition that comes in many forms. It has been said that there are over 100 kinds of arthritis. However, I still haven’t seen an article that lists all of them, maybe because some of them are so rare that most people probably haven’t even heard of them yet. But there are many arthritis forms that are common. Here is a list of some of them and what the sufferer generally suffer from when they have the condition. 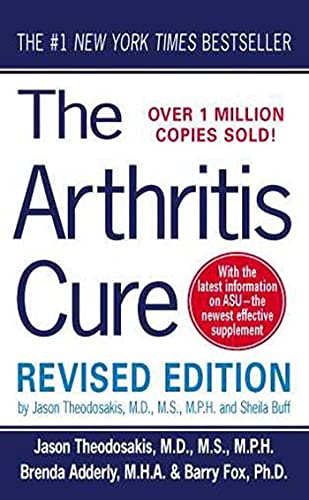 The Arthritis Cure: The Medical Miracle That Can Halt, Reverse, And May Even Cure Osteoarthritis
Buy Now

Statistics have shown that osteoarthritis is the most common arthritis condition. The sufferer generally suffers from cartilage breakdown causing the two bones of the joints to rub against each other. Cartilage is a firm rubbery tissue in the joints that serve as a cushion where the two bones meet to allow movement. Since the joints are not protected by the cartilage anymore, the constant rubbing of the joints will cause damage and pain. When a person suffers from osteoarthritis, the damage to the joints is not symmetrical. When one joint is affected, the joint on the other side of the body may not be affected. If ever both sides of the body are affected, the severity of the pain and damage are not the same. One side of the body may be more severely affected than the other side.

Statistics have shown that rheumatoid arthritis is the second most common form of arthritis. The sufferer suffers from chronic inflammation of the joints. When there is inflammation, there is pain, heat and swelling of the joints. Sometimes, there may be fever accompanying the condition. Rheumatoid arthritis is an autoimmune disease where the immune system attacks the healthy tissues of the body instead of the bad tissues. In effect, the immune system is turning against the body and in this case, it attacks the joints, but other parts of the body may be affected as well. One distinct characteristic of rheumatoid arthritis is that the joints attacked by the disease are symmetrical. If one joint is affected, the joint on the other side of the body is similarly affected. The degree of the pain and damage done are also equally felt.

Gout is another common arthritis condition. Gout occurs when the uric acid levels of the body builds up. This condition is formed if the body produces too much uric acid or removes too little of it or both. Uric acid in humans and any mammal for that matter excretes in the urine. Most of the time, having a high level of uric acid isn’t harmful. There are many people who have a high level of uric acid that never get the full blown disease. However, there are people who are more prone of developing the disease due to hereditary factors and dietary habits. In this case, a high level of uric acid in the body may cause uric acid crystals to form around the joints. Full blown gout can cause a sudden burning pain, stiffness, and swelling of the joints, or better known as joint inflammation. The most common affected part is the big toe; however, gout can occur anywhere.

Pseudogout is very similar with gout but it is caused by the buildup of calcium pyrophosphate dihydrate or CPPD. This is a buildup of salt crystals in the body and can result in the calcification (hardening) of the cartilage. Pseudogout is often misdiagnosed as it can mimic the symptoms of gout, osteoarthritis, or rheumatoid arthritis. While this may seem like a disadvantage to the person suffering it, it is not necessarily all that bad. While pseudogout may be mistaken as a different condition, the treatment for it may actually be helpful to the person’s condition. So, a misdiagnosis of this condition may not necessarily result in the wrong treatment. The attack of this disease can be extremely painful but most often than not, it is pretty asymptomatic (showing no symptoms at all). The knees are the most common affected part of pseudogout but it can certainly affect any joint in the body.

Fibromyalgia is another one of the many arthritis conditions. It is a chronic condition that causes pain, stiffness, and tenderness to the muscles, tendons, and joints. The involved tissues are not accompanied by inflammation, though. However, people who are suffering from it tend to have a low pain threshold. Due to low tolerance to pain, minor pressure which ordinarily does not cause pain to other people will cause extreme pain to fibromyalgia sufferers. If there is anything positive about this condition, it is the fact that even though fibromyalgia sufferers suffer from extreme pain, they don’t develop any body damage or deformities. This disease also does not develop any damage to the internal organs. The pain of fibromyalgia is normally widespread throughout the body but fibromyalgia sufferers are generally unique. The degree and the distribution of pain in the body in each individual can occur differently. Aside from that, the regularity and the irregularity of fibromyalgia attacks in each individual are also different.