Common Autism Traits: My Kid is Autistic- Is This Behavior Normal?

As a Pediatric Occupational Therapist, I have worked with many autistic children and their families over the last 25 years. One of the biggest things any client of any diagnosis wants to know is, “Is this normal?” Obviously their situation is not normal; most children are not autistic. Families want to know what’s normal for their abnormal situation.

I’ve compiled this summary of things that are very common among autistic kids, from my observations over the years. These are things I’ve reassured parents about many, many times. I’ll address trends associated with dressing, grooming & hygiene, food, pre-academic activities, electronics, and behavior.

Autistic kids tend not to be interested in dressing. It’s as though clothes are your issue, not theirs. They don’t exactly cooperate with dressing, but allow you to dress them. It’s very difficult to begin teaching them to dress, when they won’t even look at what’s going on with the clothes. Until you can at least get their visual attention to the clothes and their body, you probably won’t make any headway in teaching them to dress themselves.

These books were recommended by a behavior therapist that I know 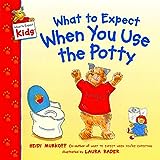 As with dressing, it is very common for autistic kids not to be interested in potty training. They often seem oblivious to being soiled. Many attribute this to how well disposable diapers and “pull-ups” work, pulling away moisture.

Some families put their children in underware, while others keep their children naked from the waist down for long periods of time. Many of these children will stay dry, but refuse to use the toilet, insisting on having their pull-up. Most will eventually become trained for urination, but persist in refusing to have a bowel movement except in their pull-up for a much longer period of time before becoming trained. Some older children are bladder trained, and wear regular underwear, but will go get a pull-up and put it on to evacuate.

In my experience, most autistic kids enjoy bath time. They regard the bath as fun play time, but show no interest or awareness of bathing.

Some kids however find bathing aversive and unpleasant. They may not tolerate showers at all, and may have to have a shallow bath. Parents tend to bathe their child with their hand instead of a wash cloth. They may have to roll their child in a large towel to dry them, versus rubbing them down with the towel. Playing favorite music or singing favorite songs during bath time may help distract the child, or decrease the child’s anxiety.

Many autistic children react negatively to having their hair touched in any way. They tend not to like to have their hair combed, brushed, washed or cut.

Many communities have hair salons that cater to special needs children. Keeping your child’s hair short may make daily brushing easier. When washing your child’s hair, it may help to only tip them slightly backward, just enough to keep the water away from their eyes when rinsing. You could also let your child hold a folded wash cloth over their eyes.

Some families have reported that using an electric toothbrush, even a simple battery operated vibrating brush helps. Others let the child hold the brush and initiate, then finish up brushing.

Almost all autistic children are “picky eaters”. I work with many autistic children who only eat starches, such as bread, pasta, rice, potatoes, beans, and sweets. These kids will not eat any meats, fruits, or vegetables.

In addition to starches, many kids will eat a few meats, under narrow parameters. Research shows that digestive problems are common among autistic kids. I think maybe some kids avoid or minimize meat because they do not digest animal protein very well.

It’s very common among autistic children to only eat McDonald’s or Tyson’s chicken nuggets. They will not eat nuggets from Burger King, Chick-fil-A, or other nuggets. My personal theory is that they are choosing based on texture.

It is generally accepted that autistic children have texture issues with food. Texture probably plays a bigger role in everyone’s food preferences than is commonly recognized. As adults, we just assume we don’t like foods because of the taste, but there are a lot of factors, not the least of which is texture. Let’s face it, if it doesn’t feel right in your mouth, it doesn’t matter what it tastes like, or how nutrient-dense the food is.

Some autistic children have quirks based on food color or temperature. They may prefer or avoid foods that are spicy, sour, bitter, or sweet. Some kids don’t like different foods to touch each other on the plate.

Young autistic children are often still at the developmental level of “destructive” versus “constructive” play. They may try to eat the crayons, throw them, or break them. Even past the destructive play phase, they often show very little interest in making marks with crayons, and may be avoidant of coloring.

The first step may be the child showing interest in adults or other children coloring and writing. Try to encourage or assist the child in making a single vertical or horizontal stroke. And don’t worry about how they hold the crayon!

Issues with cutting are similar to coloring. If a child is predominantly in destructive play, they are not ready for cutting. When they show interest and readiness, they can become easily frustrated, because cutting is a surprisingly complex task.

I like to start with ½-inch strips of paper and loop scissors. Whether loop or regular scissors, assist the child in holding the scissors and manipulating the paper if necessary. Once they make a couple snips through the narrow strip, they tend to become interested.

Most autistic children enjoy puzzles. Many are very good at puzzles, some are not, but enjoy them anyway. Some of my clients will need my help to put a puzzle together the first time, but thereafter do that puzzle independently.

I carry a variety of puzzles at all times. When a child starts loosing interest in an activity, I quickly offer a puzzle and switch out. Puzzles help "keep them at the table".

Almost any autistic child I have ever encountered enjoyed alphabet activities. I use alphabet books, alphabet puzzles, and letter tracing books for treatment activities. They also enjoy hearing the alphabet song, whether they sing along or not. Some autistic children show signs of being able to read, even in the absence of spoken language.

Yes, almost all autistic kids have a keen interest in electronics. They can spend hours immersed in a favorite DVD or video game. They can figure out how to get to games on almost any cell phone on the market. While this absorption can provide needed respite to caregivers, it is a hindrance when it is time to “work”.

This interest in electronics can sometimes be used to advantage with the “first-then” behavior management technique. “First work, then game.”

Behavior management is an issue with every autistic child. It would be great if funding existed for ABA therapy with every child on the spectrum.

Hyperactivity is very common, or as we euphemistically say, they are “motor driven”. They are also ritual or routine driven. Any deviation from their routine may cause a “meltdown”. Unfortunately, any effort to change what they are doing tends to result in meltdown. Again, “first-then” can be helpful.

There are a few more traits commonly associated with autistic children, but that I find to be more variable, or less common.

Flapping used to be associated with autistic kids, but I seldom see this. Same with lining up toys. I don’t see this very often, although they do not play with things in the way that other children do.

When I see autistic children at around three years old who are interested in the crayons and scissors, I consider this a good sign. Likewise when a child starts showing progress with potty training and dressing at age three. These are often children who will be high functioning and do very well.

This article is not intended to be a substitute for professional medical advice, diagnosis or treatment. Consult your doctor or team. Consider asking for an occupational therapy or behavior therapy consult.