My Life with Acid Reflux and What I Have Learned

In November 2010, I woke up and ate breakfast as usual. But for one reason or another, after I ate breakfast I started feeling nauseous and vomited. As soon as I finished throwing up, I felt better but I still did not feel completely well.

When I was in college, I discovered I was deathly allergic to nuts of any kind. That included anything that barely touched nuts or nut-based products. From the moment my allergist confirmed that- I knew what to look out for. So I knew it could not be that.

I decided to go to my doctor around mid 2011 and she thought it was digestive- maybe acid reflux. At the time, I as not sure but I did what the doctor said anyway and took some over the counter Proton Pump Inhibitors (PPIs)- mainly Prilosec.

This spring I had another episode which I thought was something else but after several appointments over the past few months my doctor and I are sure this is reflux. I now have a treatment plan that seems to be working.

But from what I have learned, I want to share with people who may be going through the same thing.

There are several causes of acid reflux and they are not the same for everyone. Most acid reflux sufferers are over 40 but I am in my mid-twenties. From what my doctor and other physicians have told me, the cause of my issues are related to my lifelong struggles with seasonal and food allergies.

Histamine is produced when you are exposed to allergens and consistent histamine reactions trigger nausea and reflux. But no two cases are alike.

Reflux affects twenty five million adults everyday and sixty one million adults every month. And since it is a disorder of the gastrointestinal tract- there is a possibility that it can be confused with other disorders such as ulcers. So while these symptoms may point to the possibility of acid reflux, you should consult with your primary physician or arrange to see a gastrointestinal specialist.

Even though these are common symptoms, there are others that are less noticeable. But you still should be aware of any changes in your body that aren't normal. 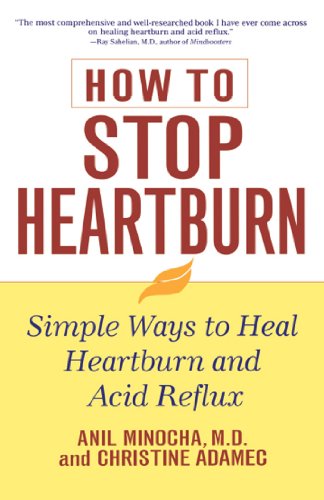 There are ways for acid reflux to be treated both with and without medicine- it just depends on what your doctor thinks is best. My treatment involves attacking the histamine produced from my allergies, so I take two different medicines. At the moment, I am feeling better but the healing process is about more about a lifestyle change than just medicine.

Acid reflux is not a sentence to me, it's just a wake-up call. Before reflux, I was pretty aware of my health but this has helped me see that no matter how good you think you are doing, you can do better.

With the right attitude and outlook, you can change your lifestyle and live a healthier life.