Neem is used in various preparations like cosmetics, toiletries, pharmaceuticals and medicinals. Chemical analysis of various plant parts shows that leaves contain a flavonoid, known as Quercetin, a steroid 'Beta-sitosterol' and various liminoids like nimbin and its derivatives.

Bark: Hot water extract of the bark of the neem tree is used by Indians as a tonic, refrigerant, anthelmintic, emmenagogue (promotes menstrual discharge in adult females), and antiperiodic besides using it for fever and diabetes.

Hot water extract of bark is used with water to treat of leprosy. Chinese use it in fever and diabetes.

Residents of Senegal take the hot water extract of the dried bark orally for gingivitis and healing of wounds.

In India, a mixture of juices of the bark of Andrographis paniculata, Azadirachta indica and Timospora cordifolia is taken orally as a treatment for filariasis.

Mixed plant parts: Indians use hot water extract of the flower and leaf orally as an antihysteric remedy and anthraquinone fraction of the dried flower, fruit and leaf to treat leprosy besides using it externally to treat wounds.

Fruit, leaf and root, ground and mixed with dried ginger and “Trifala” (a preparation consisting of the powdered fruit of Terminalia bellerica (Gaertn.) Roxb., T. Chebula Retz, and Emblica Officinalis Gaertn.) is taken orally with lukewarm water to treat common fevers in India.

Flowers: The dried flowers are taken orally for diabetes in India and extract of these is taken orally as a bitter tonic in Thailand.

Fruits: Indians use hot water extract of dried fruit for piles, skin diseases and ulcers whereas fresh fruit is used externally for leprosy. 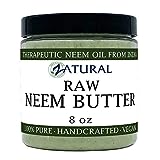 Hot water extract of the fresh leaf and bark, is taken orally to treat jaundice, malaria and also as a cathartic by the Nigerians

Hot water extract of the entire plant is used externally for wounds and ulcers, skin diseases, leprosy and rheumatic disorders. The extract is taken orally for fevers, malaria, jaundice, and syphilis by Sri Lankans.

Leaf: Leaf juice is administered by intravenous infusion for chronic skin diseases, and taken orally as an anthelmintic in India.Hot water extract of leaf, taken orally as a treatment of malaria both in India and China

Gum: Dried gum is used as a bitter tonic in Thailand. Above uses of various plant parts of the neem suggest that neem is a valuable plant due to its medicinal and insecticidal properties. It has been used worldwide as folk remedies and also in numerous drugs by pharmaceutical companies.