What are the Blue Zones?

Some people set weight loss goals based on what they see on the outside, but perhaps this year everyone should begin to set goals based on what is nutritionally healthy for one’s body. Need a Healthy Diet: Eat Blue Zones’ Superfoods does not necessarily mean that you will be eating little and depriving yourself; but it is about eating healthy and making lifestyle changes. In some ways this hub can be viewed as a continuation of an earlier hub of mine titled, Battling Belly Fat: Eat MUFAs. If you recall within that hub, I showed how making minor changes with one’s eating habits could result in weight loss and a healthier heart providing vitality.

Well this hub is going to take that concept a bit further by introducing 10 superfoods from all around the globe. Dan Buettner, author of The Blue Zones: Lessons for Living Longer believes that 90 percent of how long we live is dictated by our lifestyle and the other 10 percent is based on genetics. As you know until recent years many scientist and doctors believed that genetics could be relied on to estimate a person’s lifespan based on a family’s history. Buettner’s research over the last decade based on the people living within the Blue Zone regions throughout the world states that:

The Blue Zones: Lessons for Living Longer From the People Who've Lived the Longest
Buy Now

His research entailed the five blue zones as follows:

For more about the people living in the Blue Zones areas be sure to see the hub called the Blue Zones Secrets to Living Healthy at 100 written by Izetti.

1st 5 Superfoods from the Blue Zones

As more people throughout the world begin to live longer and more productive lives; numerous people have begun to take a look at how the East is living. Hence, when I saw Dan Bettner on television and saw the countries and cultures of the people of the Blue Zone I fell in love with the beautiful scenery and the countryside and hard working in the fields and gardens reminded me of growing up in the country in Tennessee. Even some of the foods he promoted perhaps could be produced on a farm or grown here in the States. The 1st 5 superfoods are:

1) Goat’s Milk - This is one of the main superfoods that is used in Sardinia, Italy were there are more 100 years olds than anywhere else in the world. Personally, I think you have to develop a taste for goat’s milk, but take my word on it if the goat has been eating in a field where there are green onions you will not want to drink the raw milk. Otherwise it is slightly sweet with a somewhat underlying salty taste. Some of the benefits are that it provides a good source of calcium, the amino acid tryptophan, protein, vitamin B2, potassium and phosphorus.

2) Black Beans - These beans are popular with the Costa Rican people and are usually eaten with a wheat or corn tortilla. The beans have an almost sweet mushroom-like flavor and have a soft floury texture. The health benefits are that there is a lot of dietary fiber, with high levels of folate and magnesium. It is definitely a heart-healthy food good for people with high cholesterol, diabetes, and heart attack risks. Remember to take the Beano ahead of the meal to cut down on the side-effects of bloating gas and flatulence.

3) Goya - Is a staple food in the Okinawan diet. Buettner’s studies revealed the Okinawan people live about 7 years longer than American people and has 80% fewer cases of cancer and heart attacks. Health benefits of the goya (pronounced goooy-yah) are high in nutrients and vitamin C. I have not tried this plant, however many say it reminds them of a bitter melon similar to a cucumber. In addition it is advised not to eat it raw, but to cook it in an a stir-fry and or an Asian dish.

4) Dandelion Herbal Tea - The people of Ikaria, Greece are consumers of this ancient tea. This is another heart-healthy staple that lowers blood pressure, improves general health, and is beneficial to removing toxins from one’s kidneys and other major organs. Dandelion tea is rich in vitamins A, C, D, and B- complex.

5) Walnuts soaked in water – This staple comes from within the States in the city of Loma Linda, CA home of the Seventh Day Adventists who lives about 10 years longer than the rest of Americans. Their staple of walnuts soaked in water has the health benefits of decreasing cholesterol levels, reducing high blood sugars, and improving cardiovascular functions; hence another heart-healthy that should be included in one’s healthy diet. Walnuts are also high in omega-3s and antioxidants.

Be sure to check out the slideshow called Secrets of the Blue Zones that reveals some of the 100 + year olds that were featured from Buettner’s studies just imagine being a 102 year old female and still able to chop wood or an 84 year old man and still able to stand on your head fully balanced at will. I don’t think I really want to do either feat at that age however having the ability to be that health and feeling that frisky is appealing.

The 150 Healthiest Foods on Earth, Revised Edition: The Surprising, Unbiased Truth about What You Should Eat and Why
Buy Now
Click thumbnail to view full-size

2nd 5 Superfoods from the Blue Zones

I heard about the first five superfoods the fall of 2008. And to be honest with you had kind of forgotten about them until a few weeks ago when Dr. Oz had Dan Buettner on his show. It was at that time I decided to compose a hub in order to start implementing these 10 superfoods into my healthy diet. So here are the rest of the 10 superfoods that have made Buettner’s studies from the blue zones.

1)      IMO – Is a sweet potato found in Japan. It has been said that the longest living women in Okinawa Japan ate this food for breakfast, lunch, and dinner.   It is high in beta carotene easy to bake and has 150 percent more antioxidants than blueberries.   According to Dr. Oz if you cannot locate Imo then the orange sweet potatoes are healthy for you as well.  Just like our sweet potatoes Imo can be washed, steamed, and then sliced, and served with a dash of salt or a touch of sugar.

2)      Turmeric Tea – This herb is a medicine typically it fights cancer, anti-inflammatory, anti-oxidant, and it said to fight depression. Tea can be used to mitigate a hangover by drinking this tea prior to a night of partying and drinking.  As you know turmeric is usually found in Indian curries, however the Okinawan women prefer to drink it as a tea daily.

3)      Mangosteen -    Is an exotic tropical fruit, low in sugar but sweet and has possible health benefits ranging from anti-fatigue, anti-obesity, anti- inflammatory to anti- viral and anti-fungal.   It originally came from Indonesia and has been used in Asian medicine for years but now this sweet fruit can now be found within the States.  It is full of vitamins A, C, and E, and xanthone, and has cancer-fighting anti-oxidants.

4)      Greek Greens – In Icaria Greece, 1 in 3 people live to the age of 90 and have no reported cases of Alzheimer’s disease. Fennel and mustard greens are good for blood, good for bones, and high in vitamin K.  These are excellent sources of vitamins C and B possessing the health benefits of being anti-inflammatory for arthritis; boosts the immune system and may reduce cholesterol levels.

5)      Barramundi – Is a carnivorous species by nature, but can live off of a largely vegetarian diet. So this potentially vegan  fish can eat plankton and grains only; it does not have to eat small fish and comes from the coast of Australia however is found in Asia as well. It is high in Omega 3 fatty acids good for your brain and heart.  Also great because it has the potential of being plant and grain-fed therefore one would not get a lot of toxins like mercury like other carnivorous species.

More of my health hubs

This is the conclusion of Need a Healthy Diet: Eat Blue Zones’ Superfoods , I hope you have found some of the information provided helpful in selecting and or changing you healthy diet regimen. For me I love finding new ways that will improve my body from the inside out that will create a healthier sense of well being, while adding longevity and vitality to life. As the ole sayings goes, “You are what you eat,” and “junk in and junk out.” Comments are always welcome; I would love to hear what superfoods from this list you are personally eating.

Disclaimer: This information is solely for informational purposes. IT IS NOT INTENDED TO PROVIDE MEDICAL ADVICE. If you are on a restricted diet for medical reasons, before changing your diet; you should do your own research, and then consult your present physician prior to making any changes to your normal healthy diet regimen.

More on Blue Zones and its Longevity 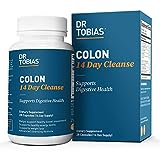