The month of October is not only Breast Cancer Awareness Month but it also has been designated as the World MRSA Awareness Month. This is to ensure that people become educated about this infection that has been plaguing as for more than 50 years. It raises awareness on the need to prevent and to find ways to treat MRSA.

MRSA (pronouced meer-sa) is the acronym for Methicillin-resistant Staphylococcus aureus and is an antibiotic-resistant strain of staph bacteria often found on the skin and nasal passages of healthy children and adults. It does not easily respond to common antibiotics used to treat staph infections making it so much harder to treat. It is resistant to antibiotics called beta-lactams which include methicillin and more common antibiotics such as oxacillin, penicillin, and amoxicillin.

It has been reported that more Americans die every year from MRSA than from HIV/AIDS and H1N1. It continues to be a major public health threat worldwide but is treatable when recognized early on and received treatment immediately before infection becomes severe.

The healthcare-acquired MRSA infections happen frequently in hospitals, rehab facilities, nursing homes and have been increasing in disturbing rates for decades. The MRSA acquired in the healthcare settings more often than not causes more severe and potentially life-threatening infections, such as surgical site wound infections, urinary tract infection, bloodstream infections, or pneumonia, especially those who have undergone procedure such as surgery or have catheters inserted into their skin.This makes it easier for the MRSA to get inside the body. The signs and symptoms will vary by the type and stage of the infection. Direct contact with an infected or colonized objects are the MRSA mode of transmission.

A healthcare worker with contaminated hands or equipment can infect the next patient who might be a child or elderly and with a compromised immune system. A recent study by a team by Israeli scientists published in the September issue of the American Journal of Infection Control showed that healthcare workers uniform are also ideal channels of transmission. According to the study 65 % of the nurses uniforms scrubs and 60% of the doctors’ medical uniforms tested positive for potentially dangerous bacteria. It is also important to note that visitors of infected patients should avoid touching catheters or wound sites and should wash their hands before leaving the patients room. Patients should also make sure that the healthcare worker taking care of them should wash their hands first and then put on gloves before touching them. They also must insist that healthcare workers must also wash their hands again before leaving the room. This is one way of preventing the spread of the infection.

CA-MRSA infections are defined as MRSA infections in individuals who have not recently been hospitalized or had medical procedures such as dialysis, surgery or catheters or residence in a long-term care facility within 1 year of the MRSA culture date.While the hospital acquired MRSA causes more illness and even death to hospitalized patients and the elderly with weakened immune systems, the community-acquired MRSA occurs in healthy people and typically shows up as a skin infection although severe infections such as pneumonia following flu can also occur.

Transmission of MRSA is by touching contaminated objects as well as skin-to-skin contact with someone colonized with MRSA. Centers for Disease Control and Prevention (CDC) defines colonized as: When a person carries the organism/bacteria but shows no clinical signs or symptoms of infection. For Staph aureus the most common body site colonized is the nose.

MRSA in the community has become widespread and so anyone is at risk. Community outbreaks have been reported in child care attendees, sports teams, prison inmates and others where occupancy is somewhat concentrated. Most CA-MRSA infections may start or emerge as pustules or boils which frequently are red, swollen, painful, or have pus or other drainage. Most of the time they look like spider bites or red, swollen and painful bumps that may commonly occur at sites of cuts and abrasions and those covered by hair such as groin, back of neck, armpit, buttocks, and beard area in men.

Some factors that have been linked with the increase of skin infections are:

Certain locations in the community where these factors are common include:

CA-MRSA bacteria are usually susceptible to more types of antibiotics than are healthcare-associated strains of MRSA.

Practicing good hygiene remains to be the most important key to preventing all kinds of infection, including MRSA, especially in locations prone to CA-MRSA.

Those mentioned about works for hospitals and other healthcare facilities but nurses and healthcare workers should also practice standard procedures such as: 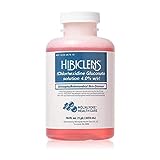 It has long been believed that good hand hygiene remains to be the cornerstone of infection prevention and so hospitals made some video about it to create awareness and educate their patients on the importance of washing their hands thoroughly. Hospitals like the University Hospital of South Manchester made a an eye-catching video featuring members of the staff, Board members, clinical directors, surgeons through scientists, nurse and volunteers, domestics and porters, in uniforms scrubs and lab coats dancing and singing to the music courtesy of 70's disco favorites Village People which has been changed to MRSA. The 2 year running campaign of UHSM focuses on the need for good hand hygiene. They have done two videos both on hand washing; the one above is their cover of Village People’s YMCA and the earlier video to the tune of Michael Jackson’s Beat It. The campaign uses all the people involved in the hospital to show everyone that this is an issue that affects all of them and demonstrate the commitment of all levels of the organization to infection prevention. And so far they have been successful seeing a 70% reduction in HA-MRSA and 50% in C. difficile. 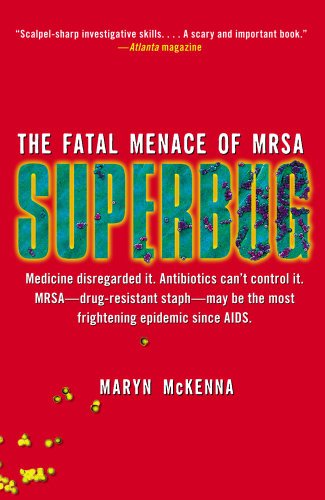