Many times, especially lately, I have been going out of my way to learn new things. Sometimes it even seems that things go out of their way just for me to discover them. This story is one of those times when discovery searched out and found me, quite unexpectedly, and with somewhat amusing results.

Over the last 15 or more years, the doctors have diagnosed me as being perimenopausal – they call it going through the change of life. I know that sounds like a really long time, and considering the fact that I still have not “arrived”, believe me – it is a really long time. In retrospect, it probably is tied in with the infertility issues I have also had to deal with.

During this period of time I have had hot flashes both at night and during the day but had not considered them to be too bad – uncomfortable, but not too bad. The worst was at night over the last couple years when I would get hot, sweat a little, and remove the covers only to find myself freezing a few minutes later. This process disrupted my sleep as it cycled over and over through the night.

Over the last few months, the heat during the hot flashes has become uncomfortably intense, both during the day and during the night. I often have found myself feeling like my body was too close to a bed of coals. The concentrated and intense heat seemed to radiate out of my very core causing me great discomfort.

The Wisdom of Menopause (Revised Edition): Creating Physical and Emotional Health During the Change
Buy Now

I had always considered the cycle I mentioned earlier as being what everyone referred to as night sweats. I often woke up to damp night clothes and damp bedding. But last night changed all that.

It began just like any other night – or so I thought. Things turned out a little differently this time, however. When I woke up this morning, and moved around a little, I felt . . . well . . . I felt . . . ah, wet! I felt my tummy and it was abnormally wet. That is unless you consider a puddle of water on top of you to be normal. And my night gown was very wet, almost sopping. I told my husband, "I am soaked!" He reached over and pulled away quickly, expressing his disgust with an exclamation, “Uuuugh!” Just the thing that every wife wants to hear when her husband touches her, uuuugh! Surely he could come up with something better than that!

Believe me, he did! I realize that we have a business that provides care for the elderly, so I am going to have to cut him some slack . . . maybe! But do you know what he said next? He said, “You didn’t pee on yourself, did you?”

Surely I didn’t hear what he had just said to me clearly? “What did you say?” I decided that I would give him another chance to clarify what he really meant to say.

And he did not fail me, saying, “You didn’t pee on yourself, did you?”

No, my hearing was still working. He said what I thought he said, despite the fact that I had given him the opportunity to change his story.

“Nooooo!” I said shaking my head slightly. The word was extra-long and a little higher pitched at the end, with my disgust at him having asked the question hopefully quite apparent. 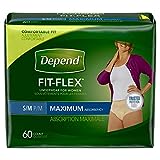 Or Was It Night Sweats?

But now it gets worse! Now it begins to get ugly!

I ever so slightly lift the covers, trying to look inconspicuous and making sure he isn’t looking as I move my nose slightly closer to the covers edge, and take a little deeper whiff. Ahhhh . . . still in the clear.

Okay, one more final test to make sure. I slowly bring my hands to my nose, and gingerly take a sniff. Whew! Safe! It was just a very profuse amount of sweat. This is how the dreaded night sweats discovered me on a cold January night.

Later in the morning, I was able to get even with my husband without even trying. (Winking!) After having gotten ready for the day, I walk toward my husband who is sitting at his desk with a cup of coffee in his hand. “You know, I can’t believe you said that …”, I begin.

“Said what?” He asks in all innocence like I am going to fall for that!

“Asking me if I peed on myself,” I said to him shaking my head.

A remorseful look started to form on his face (Again, I'll give him the benefit of the doubt!), but my attention was drawn to the dogs who were vying for my affection by jumping on my legs.

I continued speaking without looking up at him again, “But even worse, I had to double check to make sure that it hadn’t happened.” This unexpected remark was answered by snorting and coughing as the coffee he was drinking tried to exit his mouth and nose as quickly as possible.

Moral of the Story

Husband should not ask wife such foolish questions or he shall risk suffering what fate will mete out to him.

Hey men! What do you need to know about perimenopause? 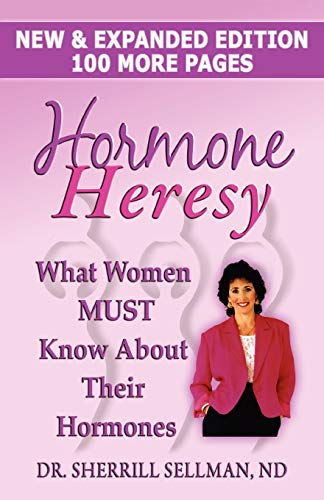 Hormone Heresy What Women Must Know about Their Hormones
Buy Now