A pharmacy benefit manager (PBM) is a third party administrator of prescription drug benefits. They are responsible for processing and paying prescription drug claims and for negotiating discounts and rebates with drug manufacturers.

More than 200 million Americans receive drug benefits that are administered by a PBM. It is the buying power of these 200 million Americans that allows a PBM to negotiate lower prices for prescription drugs. A PBM typically requires use of a mail service pharmacy as a means of reducing cost. PBMs use clinical tools to help reduce physician prescribing errors and medication errors, and to improve patient compliance with medications and patient health outcomes.

Express Scripts, Inc is one of the largest PBMs in North America. In spite of costs associated with acquiring Next Rx membership and integrating these new members into its IT systems, Express Scripts, Inc. (ESRX) announced 2010 second quarter net income of $307.3 million. Gross profit for the 2nd quarter was $777.7 million, up 31% from 2009. The company was able to buy back $6 million of its own shares and re-pay $180 million of long term debt. Investors enjoyed a 2 for 1 stock split.

“Our solid second quarter results are a testament to our focus on making the use of prescription drugs safe and more affordable,” stated George Paz, president, chief executive officer and chairman. “We are making advances in driving pharmacy related waste out of the healthcare system, while improving health outcomes. We remain positive on the underlying trends and opportunities in our space and remain confident in our ability to improve health outcomes and drive out waste – meeting the needs of our clients, lowering costs and generating exceptional shareholder value,” (1)

PBMs have been successful in reducing pharmacy benefit costs by 25% to 45% compared with unmanaged drug costs, depending on how aggressively the PBM manages the benefit.  The goal of the PBM is to achieve the best clinical, economic and humanistic outcome, while maintaining customer satisfaction. 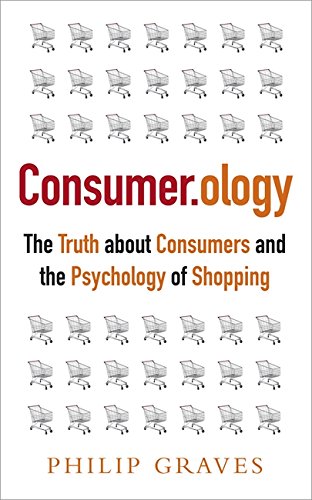 Consumerology: The Truth about Consumers and the Psychology of Shopping
Buy Now

Sometimes a thing can look good on paper and in the context it is intended. Reality has a way of making a thing look different and a broader context can expose some weaknesses. Let’s look at this PBM success story from the perspective of a very dissatisfied consumer, who we’ll call Mary.

Mary paid more this year for her health insurance premium than ever before, and received significantly less coverage than ever before. Mary possesses some of the “predatory” behaviors identified by Consumerology. She likes to think she is in charge of her medical care and she likes the convenience of her local pharmacy and the interaction with her pharmacist that she has enjoyed for 15 years. Her PBM has decided it knows better than she does how to manage her health conditions and medications, and insists that she use a mail service pharmacy.

One day, as Mary was returning from her doctor visit, where she had been treated for pneumonia and asthma following a bout with the flu, she went to her local pharmacy to fill prescriptions; to include a refill for her emergency inhaler. Her inhaler was almost empty and she had not received her mail order yet. When she got to the pharmacy, she was told her inhaler would not be covered by her insurance because she had already refilled it through the mail pharmacy. Mary was too sick and too weak to argue with the PBM and decided that if her inhaler ran out, she would call 911 or go to the emergency room. “That will teach them,” she thought as she drove home.

She knew from previous encounters with the PBM that the person on the phone was using an algorithm and was not clinically trained. In fact, the person deciding whether or not she can have the medication prescribed by her physician was not a pharmacist or a physician. She also recognized that the individual was practicing advanced behavioral health techniques without a license and without having to adhere to ethical practice guidelines. In fact, the individual was very motivated to reduce costs in the way prescribed by her company, so that she could get a piece of that stock market action.

Mary had truly expected that her inhaler would arrive in the afternoon mail anyway. When it didn’t she began to plan a strategy for rationing her inhaler - another predatory behavior! She was instructed to use 2 puffs four times a day. Instead, she would only use the inhaler when it was absolutely necessary. She was new to using an inhaler, so wasn’t sure how to tell how much was left, or even if she was inhaling blanks already. Her refill order didn’t come the next day either.

Mary began to wonder what would happen if 200 million Americans decided they don’t want their PBM to be that aggressive, intrusive and controlling. After all, who is saving money? Mary surely isn’t. All the money saved from pharmacy health care waste went to the PBM and its shareholders. Even the health insurance company only made a 3% profit for the year. It seems the money must have moved from pharmaceutical companies to PBMs.

Mary has a friend who had a problem with her PBM as well. They began to talk. And their friends began to talk. One of them wrote an article about it and it was tweeted and stumbled upon millions of times. It was speculated that George Paz was an overall decent human being, and decided to right these wrongs. He avoided the fate of being called in to a congressional shaming session like so many of his contemporaries. He began by teaching all his employees the importance of customer satisfaction and the importance of providing high quality pharmacy benefits.