Allergic diseases are the 5th leading cause of all chronic illness in the U.S. Studies suggest that up to 20% of adults suffer from some degree of allergic rhinitis (sinus allergies). Asthma and allergies are the two leading causes of missed work and school. According to the Asthma and Allergy Foundation of America, allergic conditions contribute 14.5 billion dollars of health care spending.

Symptoms familiar to those who suffer from allergies include:

There are many available treatments to aid those who suffer from various types of allergies. These include antihistamines, decongestants, mast-cell stabilizers and others. Many are available without prescription. But for those who have attempted other options, prescription nasal sprays for allergies may be something to consider with your physician. This article is intended to be a resource for those considering treatment with a prescription nasal spray. I will review the various products available, the conditions for which they are approved, and some of the possible side-effects and warnings to consider.

The Prescription Nasal Spray products that are typically used for allergy-type symptoms can be generally classified into 3 groups, based upon the active ingredient(s).

The following is a complete list of the currently available prescription products in each category:

Dymista (azelastine/fluticasone) by Meda - a combination of BOTH an antihistamine and corticosteroid ingredient. 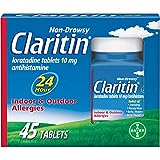 Nasal Polyps: Nasal polyps can be any abnormal lesion which originates along the nasal mucosa and are most likely the result of chronic inflammation of the nasal passages. A variety of theories exist to explain exactly why the polyps develop. They are more commonly associated with non-allergic rhinitis than allergic varieties. Polyps large enough to cause symptoms often manifest themselves through snoring, dull headache and postnasal draining.

Seasonal Allergic Rhinitis: Rhinitis is simply inflammation of the nasal airways. Seasonal allergic rhinitis is inflammation that is prompted by allergens characteristic of particular seasons. Symptoms include itchy eyes, sneezing, runny nose (clear), postnasal drip and nasal stuffiness. This condition is very common, effecting nearly 20% of all adults to some degree. Common triggers include mold spores and pollen.

Vasomotor Rhinitis: Vasomotor rhinitis is a type of non-allergic rhinitis (not provoked by allergens). Runny nose and congestion are the most prominent symptoms. Triggers may include perfumes, alcohol, spicy foods, emotions, temperature or bright lights.

Perennial Allergic Rhinitis: This type of rhinitis is similar to Seasonal Allergic Rhinitis, except for the fact that the symptoms are year-round, rather than being restricted to specific seasons. They symptoms tend to be more confined to the nose than with seasonal allergies, including sneezing, runny/stuffy nose, congestion and decreased sense of smell.

Non-allergic Rhinitis: This variety of rhinitis is a general description of symptoms such as nasal congestion, runny nose and sneezing not due to any allergic triggers. As with vasomotor rhinitis, triggers may be environmental like odors, temperature, smog, smoke or pressure. Other causes can be infections, medications (such as NSAIDs), foods, beverages or hormonal changes. The diagnosis is made by an evaluation of symptoms and ruling out of allergic causes.

Allergic Rhinitis is also sometimes known as Hay Fever. But Hay Fever is not caused by hay, and does not produce a fever. It got this name because the symptoms would typically manifest themselves at the time of year that hay was being gathered. Hay fever is actually caused by plant pollens.

Nasal sprays for allergies tend to be well tolerated. Some patients may experience a mild stinging or burning in the sinuses, but this is relatively tolerable. A bitter taste may be experienced. But for the most part, side effects tend to be fairly similar to that of placebo.

Possible side effects include:

TALKING TO YOUR DOCTOR

If you are experiencing sinus symptoms related to allergies you may want to talk to your doctor or allergist about using a prescription nasal spray. While not effective for everyone, many patients find significant relief of symptoms and improvement in their quality of life.

Also, if you have found that a nasal spray has not been effective, trying a different product may be worth considering with your physician. The subtle differences in active ingredients may make one product more effective for some patients than others.

If you have any questions about these prescription nasal sprays, feel free to ask them below!