The Trouble With Psychiatry 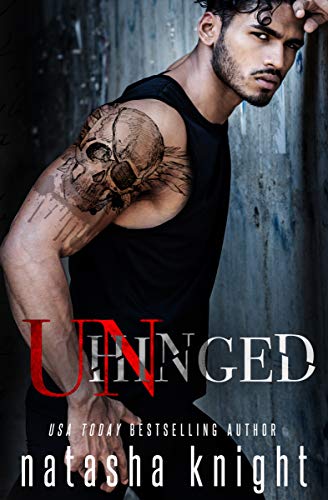 "Unhinged provides crucial insights for anyone who cares about the future of Psychiatry. Must reading for psychiatrists and patients alike."
—Keith Ablow, MD, author of Living the Truth

A Doctor's Revelation About a Profession in Crisis

Daniel Carlat, MD, author of, “Unhinged: The Trouble with Psychiatry,” examines the status quo in psychiatry: how it got that way and how it needs to change. “After 15 years of practicing psychiatry I noticed that psychiatrists prescribe too many drugs, and worse, know almost nothing about how the drugs work or the underlying causes of mental disorders,” says Dr Carlat. “Meanwhile,” he continues, “There is a growing body of research showing how effective therapy techniques can be for depression and anxiety, and most psychiatrists ignore these techniques. Our over-emphasis on drugs is encouraged by the pharmaceutical industry, and many of the most esteemed psychiatrists have allowed themselves to be bought out by drug companies. We have become “unhinged” from our true mission, which is to help patients get better using whatever techniques work, whether that is medication, talk therapy, exercise, or self-help groups. Instead, we have become hypnotized by the notion that we are always on the verge of finding the one pill or the one gene that is going to allow patients to solve all their problems.”

While Dr Carlat’s perspective is that of a psychiatrist with a private practice in a small town north of Boston, much of his perspective can be generalized to the mental health delivery system at large.  Until very recently, psychiatrists, who are medical doctors, were the only providers who could prescribe medications.  In some areas now, psychologists who have completed additional studies in psychopharmacology have been granted prescribing privileges.  There are now some advanced nurse practitioners with prescribing privileges as well.  Most psychiatrists hotly contested the granting of privileges to psychologists, but Dr Carlat perceives them as the ideal mental health provider because they have both the clinical training in therapy as well as the pharmacology training.

Typically, when a person seeks treatment for a mental health condition, they will see a clinical counselor or social worker for an initial assessment and, depending on their need. will be scheduled to see the counselor or social worker for therapy, and may subsequently be referred to the psychiatrist if a psychiatric consultation is indicated.  The psychiatrist may or may not prescribe medications and schedule a follow up “med check.”  Often, the psychiatrist who learns that a patient is not attending therapy appointments will stop seeing a patient for “med checks” until they are actively engaged in therapy.

Dr Carlat describes situations in his practice where he sees patients who come to him expecting therapy, and are disappointed when they only get 15 minutes and a prescription.  (The 15 minutes with the psychiatrist costs $100 - $200.  An hour with a therapist costs $60 - $120.)  While there is a shortage of providers who can prescribe medications for the growing number of people who seem to need them, Dr Carlat seems to be suggesting that psychiatrists should get more clinical training in psychotherapy so they can also provide therapy, and that an increase in the number of providers who can both prescribe and provide therapy is needed – preferably psychologists.

Therapists are well versed in an integrated approach to mental health treatment, and are well aware of the bio-psycho-social aspects of mental health conditions.  Physicians are trained in the medical model to find medical reasons for conditions and medical solutions for treating them.  In treatment team meetings, physicians often assume a lead role, assuming that their medical knowledge and training is superior to a medically informed bio-psycho-social approach to treatment.  It is refreshing to hear Dr. Carlat acknowledge that psychiatrists are not trained in psychotherapy, do not really know very much at all about mental illness, and need to examine their role in the delivery of mental health services.

Dr Carlat identifies some barriers to change that include the need for psychiatrists to be identified as “real doctors.”  There is some controversy as to whether or not psychiatry is a legitimate field of medicine since psychiatric conditions cannot be diagnosed from blood tests or brain scans.  This need for legitimacy may be driving the compulsion to find medications and laboratory tests to diagnose and treat psychiatric conditions, like “real” medical conditions.  Another significant barrier to change that Dr Carlat exposes, is the unhealthy marriage between pharmaceutical companies and psychiatrists, and how psychiatry is being unduly influenced and tainted as a result.

Besides the fact that, “Unhinged” is a pleasure to read and a refreshingly honest perspective on psychiatry, Dr Carlat is himself endearing to the reader.  His motivation for entering the field of psychiatry was influenced by his desire to understand the illness that would cause his mother to complete suicide when he was 20 years old.  He really wants to know and understand, and in spite of many years of education and experience, is able to humbly acknowledge that he still knows very little.  “We like to see ourselves as neuroscientists,” he says, “rationally manipulating levels of neurotransmitters like serotonin in order to get patients better. But the fact is,” he continues, “that we have no clear evidence that chemical imbalances are at the root of any mental disorder. We know that some of the medications we prescribe, like Zoloft or Celexa, affect serotonin among other chemicals. But we don’t know if changing levels of serotonin is the actual curative mechanism. Nonetheless, we give patients elaborate explanations of how the drugs work chemically. It makes us feel more scientific, and it gives our patients a feeling of confidence in us, but it’s little more than made up neurobabble.”