Rapid Weight Loss Exercise: How To Lose 1 Pound In One Day Without Dieting

I Lost One Pound In One Day

This is not a magical way to lose weight and it does not involve starvation. I lost 1 pound in 1 day so I thought I would write about it. The reason I know how much I lost that day is because I was checking my weight loss progress. I have been getting in shape for summer. My eating habits were not much different than usual. So the weight loss was not the result of what I ate or did not eat. The difference was in what I did. It was a nice warm Saturday so I went to the beach.

To get to and from the beach I biked. It is a long bike ride. While at the beach I did a lot of walking in and out of the water. The beach is big enough that walking up and down it provides a good amount of exercise. If the water was warmer I would have went swimming. I spent some time sitting around and relaxing but most of the time I was moving. So I was active most of the afternoon.

When I biked to the beach I took the scenic route. There was some nice scenery, some animals and not a lot of traffic. For the most part I enjoyed the bike ride. I also enjoyed the sights and sounds at the beach. It was relaxing and beautiful. Spending time at the beach is one of my favorite summer activities.

As much as I enjoyed my day it was a lot of hard work. I had to really push myself to bike 14 miles to the beach. At times it felt like I was torturing myself. It is near the beginning of my biking season and it was the first time this year that I biked to the beach. When I got there I was really tired and hot but I went for a long walk anyway. After that I alternated between resting and walking. While other people were laying around I was getting some more exercise. Eventually I biked home and had supper.

I like being at the beach and I like biking but it takes time to build up my endurance. So it is a mixture of pleasure and torture. If I keep doing the same thing it becomes easier but I often continue to try to do more. With the torture comes a sense of accomplishment. I enjoy doing more than the last time. 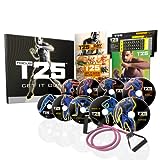 3,500 calories is roughly equivalent to one pound. Burning that many calories in a workout is next to impossible for most people. So you would probably need to be more active all day or at least for half a day. I can not burn enough calories during a work day to lose a pound because I do not have enough time or energy. The only time I burn that many extra calories is when I go for a bike ride to the beach.

If you want to lose a pound in only one day I recommend you focus on being active so you burn calories throughout the day. Setting aside a few hours is not enough. I have lost around 1/2 a pound in one day by exercising as much as I could in the evening and avoiding junk food. However it was very difficult and not nearly as enjoyable as going to the beach.

To burn a ton of calories during the week when you do not have a lot of time you can try an intense workout routine. Insanity and P90X work well but you can also make up your own. I do not recommend trying to lose a pound every day. It is usually better to lose weight at a slower pace. What I am recommending is that if you want to lose 1 pound in one day then you can try something similar to what I did. It is something I try to do every week during beach season because I enjoy it. The weekly bike ride is enough to transform my body. It gets rid of fat and builds muscle but I continue to do it because it is something I enjoy doing.

Take a day or half a day off for yourself and remain active if you want to lose weight quickly.