Reflections on a Life Not Lived

There are few things that I know for sure, but one thing I do know is that there are no guarantees in this life. There is no rule book. Life throws us curve balls, and it's up to us to figure out how to deal with them. The thing is I don't think I've been doing a very good job. For the past few weeks, I've been feeling very unfulfilled.

There's a song called "29" by Gin Blossoms, a grunge rock band that was popular when I was in high school. The lyrics sum up how I've been feeling. It's like somewhere along the line I missed something and life continued without me.

The following is an excerpt from the song:

When I was a high school student singing along to those lyrics on the radio, I had lots of visions of my life to come. I was going to go to college to study literature and writing. After graduation, I was going to find work in the writing field while continuing to polish my skills as a novelist on the side. Somewhere along the line I was going to fall in love and get married. The great thing about writing is that you can do it anywhere and on any schedule. So, I was going to balance being a home maker, wife, and mother with being a novelist.

The most important part about all of my dreaming was that I was going to be happy. I was going to have it all-- a great husband, a happy family, a nice home, and a career that allowed me to utilize my imagination. I've always required a creative outlet whether it be writing, crafting, cooking, etc.

The reality is that I surpassed 29 several years ago. Instead of achieving my dreams, I'm still struggling. It turns out that real life isn't anywhere near as easy at my teenaged self believed.

As for all of my dreaming, I did go to college; but, I had to join the military in order to earn the funds and even then my G. I. Bill ran out during my junior year. I did get married; but it turns out that my prince was really just a frog in disguise. After a few years of troubled marriage, we called it quits. We never had kids. Remember those curve balls I was talking about? Infertility is a bitch (excuse my French).

Finally, I'm still writing; but my creative expression has had to take the backseat. I've worked a series of less-than-charming jobs in order to make ends meet. And the daily grind has taken it's toll on my work. When I re-read my writing, it feels flat and it lacks that spark that makes a story worth reading. Even worse, I rarely finish anything. I have so many other obligations constantly tugging at me-- my day job, bills, home maintenance, family obligations, etc.-- that pull me away from the stories I write. After enough disruptions, I usually lose the story. It's hard to explain, but I sort-of lose touch with the characters and why they were so important to me that I had to put them on paper. When that happens, it's incredibly difficult to "jump start" a work in progress.

Now, if you've made it this far into this rather depressing hub then you're probably wondering where I'm going with this. I wish that I could tell you that I'd discovered the secret to leading a happy life, but I'm still working on that one.

There's a reason why I spent so much time daydreaming about the future when I was in high school: I come from an extremely dysfunctional family. In some ways, dreaming about better days to come was the only way I was able to cope. The problem with dreaming is that it's too "pie in the sky." It doesn't account for the emotional baggage that comes from being raised in a broken home or how difficult it is to overcome that emotional scarring in order to achieve your dreams. It also doesn't account for the reality of being on your own and having to take care of the life basics-- food in your belly, a roof over your head, etc.-- while you're chasing your dreams.

I'm at a point in my life where I have a choice. I can continue to work at an unfulfilling job that barely pays the bills, or I can take a risk. I can put it all on the line in order to chase my creative dreams.

I've learned a few lessons over the years. For one, I have more than one source of income. At the peak of the recession, my then employer make a drastic cut to my hours. I had to scramble to find a second job in order to make ends meet. Since then, I've made it a point of never relying on a single source to pay my bills. For instance, I've been renting out my spare bedroom.

If I do this-- if I turn in my two weeks notice-- I'll be taking a voluntary vow of poverty, but I'll also be buying myself some time. Time-- the thing that I never seem to have enough of-- to focus on all of the things that I dream about doing. I could focus on my writing-- without the distraction of having to leave for my "real" job.

In addition to writing, along the way I discovered Etsy. For those of you that aren't familiar with it, Etsy is a global marketplace for crafts and vintage items. I created my own "shop" and have been listing my hand made crafts on the web page for months. Unfortunately, I haven't had many sales. I think that my biggest problem is lack of publicity. No one's heard of my shop so no one shops there. The extra time off would allow me to attend some craft fairs and try to get my shop name out there.

Reality Sneaks Back In

The truth is that, even if I find the courage to take this leap in order to pursue my creative dreams, I'll probably have to find another "day job" after a month or two. Well, unless I'm somehow-- miraculously-- a huge success. But, it's the middle of the summer. This is the perfect time of year for craft and book fairs. Besides, all of the sunshine is empowering. I don't know about the rest of you, but when the sun is shining it seems to me like anything is possible. The sun is an optimist.

What's your opinion? Should I take a risk or play it safe?

So, dear reader, what do you think? Should I take the risk? In today's economy willingly quitting a job without lining another one up first is a big risk. I've always been a dreamer, but tell me-- are these dreams achievable or are they just "pipe dreams"?

Please feel free to vote on the poll or a leave a comment below. Thank you for reading!﻿ 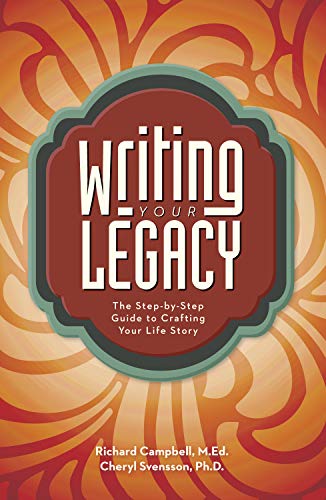 Writing Your Legacy: The Step-by-Step Guide to Crafting Your Life Story
Buy Now