Are You Suffering From Restless Legs Syndrome (RLS)

Uncomfortable Sensations in the Legs

If you are suffering from Restless Legs Syndrome (RLS), you must be quite familiar with the uncomfortable sensations in your legs occurring while sitting or lying down and the irresistible urge to make some movement. This hub will take a brief look at this very frustrating and uneasy syndrome which physicians call the Restless Legs Syndrome.

What are the symptoms of Restless Legs Syndrome?

There are four main characteristics that can be found in the signs and symptoms of Restless Legs Syndrome. These are:

What are the causes of Restless Leg Syndrome?

RLS can be hereditary. Stress and hormonal changes during pregnancy can also lead to the onset of the symptoms. Conditions such as peripheral neuropathy (damages to the nerves in the hands and feet) and iron deficiency in the brain due to disorders such as kidney failures, Parkinson’s disease, and rheumatoid arthritis can also lead to Restless Legs Syndrome.

How is Restless Legs Syndrome diagnosed?

Your primary physician may be able to diagnose RLS or may refer you to a neurologist. The diagnosis is usually based on your symptoms, your family and medical history, and a physical examination to rule out other conditions.

How is Restless Legs Syndrome treated?

The treatment of RLS involves preventing and relieving its symptoms, improving the quality of sleep, and treating any underlying disorders that may worsen or trigger RLS.

If lifestyle changes do not help, your physician might prescribe medications. Medications used to treat Parkinson’s disease, medications for epilepsy, muscle relaxants, sleep medications, and opioids are effective in relieving these uncomfortable leg sensations as well.

Some over-the-counter medications may also help in relieving the symptoms of RLS.

Learn about this condition as much as possible

Restless Legs Syndrome is often a lifelong condition and its symptoms may get worse with time or may disappear for long periods of time. Certain lifestyle changes and pain-relieving medications can help you lead a normal life. Regular visits to your physician, avoiding long periods of inactivity, and leading an active life can help dealing with this syndrome much easier. 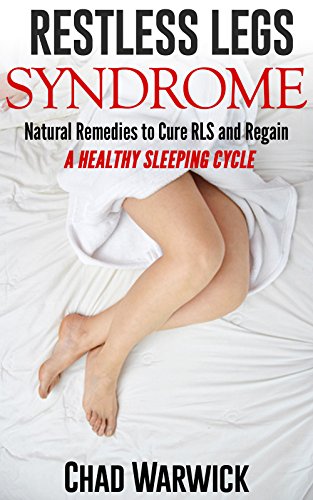