Rett Syndrome: Signs Symptoms And Hope For The Future

Of the four Pervasive Developmental Disorders (PDD) Rett Syndrome is the rarest and the most serious. There is a wide range of symptoms and the Rett's victim is likely to display many or all of them. PPD is a congenital disorder, present at birth. The symptoms may be difficult to notice or non-existent in infants. Moderate to severe developmental delays in the areas of communication, social interaction, physical development and intellect are associated with PDD.

Other Pervasive Developmental Disorders are:

A neurological disorder almost exclusive to girls, it is named for Dr. Andreas Rett who defined the disorder in 1966. In 1999 the Baylor Research Foundation found the genetic defect that causes Rett Syndrome. Scientists and researchers are currently working to learn more about the mutation of the MEPC2 gene and the dysfunction of the MeCP2 protein.

The mutation occurs on the x chromosome of the gene. Male children only have one x chromosome; hence, the defect is much more severe causing boys to die before birth or shortly after. The disorder affects about one in every 10,000 to 23,000 girls' births. It is not an inherited disorder although a faulty gene is to blame.

In the Rett's Syndrome infant, development will seem normal for the first 3 months. The onset of symptoms will be subtle. Often the first sign that something is wrong will be during a well baby exam as the doctor notes a problem with gaining weight. Slowing of head growth is one of the early signs that may be hard to detect.

In the onset stage, which occurs between ages 6 to 18 months, developments in communication are reversed or delayed. The child may already have already begun to say a few words and suddenly stops. Delays in motor skills such as sitting, crawling will be noticeable.

Girls will display some or all of these symptoms.

After the early onset stage the Rett's child will pass through three more distinctive stages of symptoms. Some may be more severe than others. Ages 1 to 4 years will bring a rapid destruction stage. Purposeful use of hands will be replaced by stereotypical hand movements. The child may have already learned the skills of reaching and pointing. These skills will stop and be replaced by squeezing, clapping, rubbing or tapping. Any skills acquired will be lost quickly during this stage.

Breathing problems may also appear as a form of apnea or hyperventilation. The child may not breath for seconds or minutes. This occurs while the child is awake. Problems chewing and swallowing may call for the child to have to be fed via a feeding tube. These girls will have trouble putting on weight.

Crying episodes may be common in this stage. The child may have anxiety and be socially withdrawn. Intellectual disabilities are common and will vary. Some may say a few words while others will not talk at all.

Between ages 2-10 (varying from girl to girl) a plateau stage occurs and regression begins to slow. The child may become more sociable and eye contact will improve. Nonverbal communication skills can develop now. Movement problems are still common. Some may develop seizures during this time. This is the stage of symptom development.

Later on these girls will pass through a late motor deterioration stage. They will become stiff, lose muscle tone and likely become immobile. However, stereotypical hand movements will improve. Scoliosis, very common in the Rett Syndrome girl will worsen

There is currently no known cure for Rett Syndrome. Treatment is the managing of symptoms and will vary for each girl. Breathing problems, seizures and other medical problems can be controlled through medication. Depending on severity the scoliosis patient may need to wear a brace. For those girls with severe chewing and swallowing difficulties a feeding tube will be necessary.

Rett Syndrome, sometimes considered to be a form of severe autism, is covered under the Individuals with Disabilities in Education Act. Education and related services must be provided for these girls from age 3 to 21.Parents or caregivers can contact their Local Education Authority as the best source for help and information. The Rett student may or may not be able to attend school in the classroom. Occupational therapy is provided and can help with feeding, dressing and other self help skills. Some may receive physical and/or speech therapies.

The Outlook And Hope For A Cure

Not much is known about life expectancy for women with Rett syndrome. Currently there are women age 40-50 that have survived the disorder so far. Scientists and researchers are constantly working to learn more about this rare disorder that affects girls.The Federal government has several agencies for clinical and basic research for a possible cure or ways to lessen severity. Gene therapy for regulating expression of a normal MECP2 gene is being studied in animals. Experiments are currently underway to develop treatment using a bone marrow transplant. Jonathan Kipnis, Ph.D. and his team at the University of Virginia made the announcement with a press release in March of 2012 after being able to replace faulty immune system cells in Rett mouse models.

Lessened severity or no symptoms at all may now be a reality. Let's hope so. 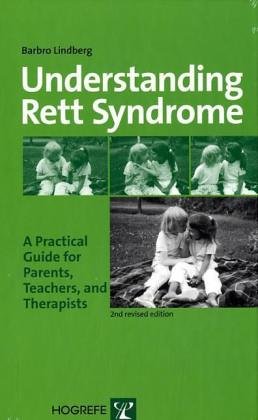 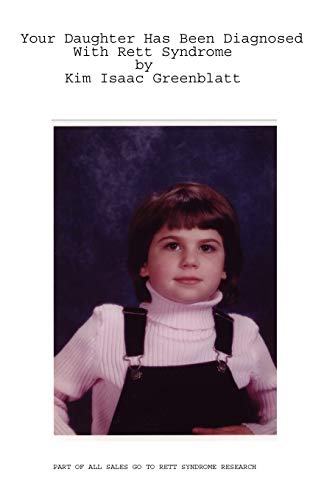 Your Daughter Has Been Diagnosed With Rett Syndrome
Buy Now