HEALTHY SUNBATHING & DISCOLORATION OF THE SKIN AFTER SUNBATHING

Sun and sunbathing is healthy, vitalises all glands, rays of sunlight heal our bodies, build the bones, it is good for the skin, but: we have to be careful.

If someone is during the whole year in office and home, full of artificial light, or spending all days in the front of computer,and then takes vacation and tries get suntanned in 10 or 14 days, it cannot be healthy because it burns the skin. Skin has to get prepared on sunlight during the whole year. On that way skin GETS USED TO producing right quantity of melanin (pigmentation) and there is no problem with sun. Otherwise, we confuse our body, and force it to produce in big quantity something what is unusual for it. Confused body survives stress under unusual circumstances and reacts on strange ways, f.E, by producing white blotches/discoloration spots.

We need to be tender to our body. And spend a lot of time in the nature during the whole year.

Personally, I do not use any sun-lotion for protection, because I do not want chemistry on my body. By my opinion, using the sun-lotions cannot do much good: to fry the skin on lotion, full of chemistry? Brrr...I do not even want to imagine that,it is horrible for the skin. So be careful and choose some natural products instead. Expose yourself to the sun whenever you can, from springtime up till autumn, but carefully, during the summer, choose mornings and later afternoons for sunbathing, rather then burn yourself all day long on strong summer sun.

Some people like to treat themselves as barbecue steaks, but it is not recommended. During the summer, you can fry the egg on that sun, just imagine what you do to your skin, especially in addiction with oily lotions full of chemicals.

My private opinion is that chemicals in sun-lotions, when fried on human skin on the sun, can cause skin cancer, rather than normal sunbathing. Quantity of skin-cancer progressed very much with use of sun-lotions. Few decades ago, many people were using olive oil, or just neutral creme for moisturising the skin, without too much chemicals.

But, healthy immune system can fight against any toumor cells, so please do not leve in fear of possible cancer, it is much better to stay positive and take care about the body. Trust to your immune system and vital force, and help them on natural ways (relaxation, natural remedies, positivity, joy etc)

Research shows that sun exposure is necessary for good health; it boosts your mood, strengthens your bones, and may lower your risk for certain cancers, among other benefits.

The sun helps human body make vitamin D, and you can thank this nutrient for most of the sun's health benefits. You can get vitamin D by eating foods like fortified milk and fatty fish and by taking supplements. But many experts believe the sun is a better source of D because your body may not absorb an adequate amount of this nutrient from foods or supplements.

In the early 1900s, doctors prescribed sunlight to prevent rickets and other bone-deforming diseases. Current evidence suggests that sunlight fights osteoporosis, which is caused in part by a vitamin D deficiency. The vitamin D from sunlight helps maintain your blood levels of calcium and phosphate, two important bone minerals, and increases your intestines' ability to absorb calcium.

Research suggests that vitamin D from the sun helps keep your bones strong. A study in the Journal of the American Geriatrics Society last September concluded that regular sun exposure may maintain calcium levels and healthy bones in men and women ages 79 to 96.

Strong evidence suggests that the sun may protect you from certain cancers. For example, men who had low lifetime sun exposure were more likely to get prostate cancer at a younger age than men who got regular sun exposure, according to an August 2001 study of 365 men in the British journal the Lancet. A review study published in the Journal of Andrology this year confirmed this connection.

Researchers have found that the sun lowers the risk of breast and colon cancer as well. A 1999 study in the Annals of the New York Academy of Sciences showed that colon and breast cancers were more common in areas of the United States like the Northeast that receive little sunshine in winter due to a high latitude and air pollution. Another 1999 study by the Northern California Cancer Center in Union City, Calif., observed the lifestyles and diets of more than 5,000 women nationwide from 1971 to 1992 and concluded that vitamin D from sunlight and from food or supplements reduced breast cancer risk.

Experts attribute the sun's protective power to its ability to produce vitamin D in your skin. Skin synthesizes vitamin D and then the blood circulates it directly to the breasts, colon, and prostate. In these organs, researchers believe, vitamin D inhibits cancer cell growth.

Researchers just recently began investigating the theory that vitamin D affects diabetes risk. A study on Finnish children, published in the November 2001 issue of the Lancet, showed that 2,000 IU of vitamin D given to children daily significantly lowered their development of type 1 diabetes. Researchers followed 10,366 Finnish children from birth to age 31. Because Finland gets little more than two hours of sunlight per day during the winter, researchers prescribed vitamin D supplements instead of sun exposure.

When days are shorter in the fall and winter, about 1 out of 4 people experience a mild form of the depression called seasonal affective disorder (SAD). Experts believe that getting less sunlight disrupts your body's production of the hormone melatonin, which induces sleep and regulates your circadian rhythms. Your body may be releasing melatonin into your bloodstream during the day instead of at night, when it should be released; the result is that you feel tired during the day. Without the correct amount of melatonin, you may also experience other SAD symptoms like poor concentration and a reduced libido.

In the winter, blood pressure rates rise, according to research published in 1997 in the American Heart Association's journal Hypertension. And, as with cancer risk, studies find that as you move away from the equator, which has the strongest ultraviolet radiation, high blood pressure rates increase as well.

In 1998, the Lancet published the results of a study that showed that systolic and diastolic blood pressure declined after subjects received six to 30 minutes of ultraviolet B radiation (UVB) three times a week for six weeks. The vitamin D your body produces in response to sunlight helps your intestines absorb calcium. Sufficient amounts of calcium, in turn, allow your arteries to maintain normal blood pressure levels.

Pineal gland is connected with anti-aging, Pituarity gland controlls all other glands. The both of them need sunlight for being healthy.

DISCOLORATION OF THE SKIN

The question for this Hub was:

"After sunbathing abroad I now have white blotches on my skin, some have remained from last year - What is this?"

At first, do not panic, white spots/blotches are harmless. There are few possible causes of them, but, if they grow only after sunbathing, that means your skin survived shock of getting too much sun, in very short period of time, so it did not have time to get prepared on such shock.

It can be one of two possible reasons for them:

1. temporary discoloration, because of too much sun exposure. In that case, you should treat your skin with natural products: gel or lotion with mineral salts and algaes (to give you cells "food" for recuparation), and cream or tincture of Calendula officinalis, English Marigold, to regenerate your skin. This beautiful flower regenerates damaged skin very quickly.

I would recommend you also to take vitamin/MINERAL suplements, to regenerate whole body. And you can also take Callendula Officinalis, as a homeopathic remedie, in addition to already suggested. (In Radionics/Homeopathy treatmant (pls read my Hub) which I practise, I would also make you remedy which consists vibrations of healthy skin, maybe something against stress and for hormonal balance as well).

And visualize your skin healthy, without spots!, that is OF MAIN IMPORTANCE.

After some time, colour of your skin will return, but next year be more careful with exposing yourself to the sun.

It is harmless fungus infection which produces spots that are either lighter than surrounding skin, or redish-brown. There may be just a few spots or many. Usually, fungus infection itches. Fungus which causes Tinea Versicolor, lives in the skin of almost all of us, it is not contagious. Reasons why this fungus causes visible spot are connected with high humidity, sunbathing, immune or hormone imbalance, stress.

Tinea versicolor does not leave permanent skin discoloration.Treatment is to use Selson Blue and place on affected area 15 minutes before showering and then just wash off. Do this for 2 weeks.

If you are getting discoloration spots without exposing the skin to sun, or your spots grow bigger during the year , that is usually connected with stress and hormonal imbalance. However, discoloration of the skin is always connected with stress factor, holidays are shock for body on many ways, so be relaxed, as much as possible, boost your immunity, mineral salts are necessary for regeneration of skin cells, and your skin will be OK, in certain period of time. 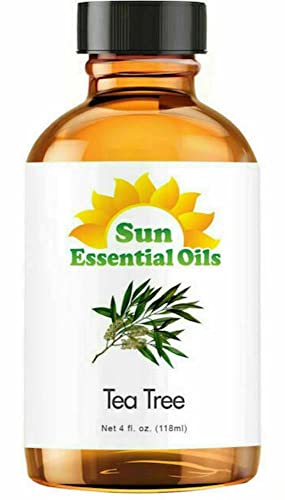