How to Beat Winter Depression and Really Enjoy the Holiday Season

Winter Depression and The Holiday Season

I used to wish that I could close my eyes on the day before Thanksgiving and open them again somewhere in the middle of January. That's how much I dreaded the " holiday season". For years it seemed to me that I was the only one who wasn't really loving all he holiday hoopla. My energy seemed to disappear as autumn turned to winter, and my mood often turned dark too.

I felt anxious and overwhelmed. I used to describe it as feeling like I was walking through glue. I was fatigued, sleeping badly and eating everything that wasn't nailed down while other people seemed to be having a great time shopping, working, partying, singing and giving, I felt ashamed because it seemed to me I was either trying not to burst into tears or fall asleep and was just wishing it would all be over

A Little History of SAD

Since ancient times, people in the Northern Hemisphere have known that winter brought on a decrease in energy and increased desire to sleep in humans. Ancient man understood that this winter lack of energy was related to the increased cold and darkness of winter. He knew that the sun controlled life, that it waned in winter and waxed in summer, but that was about all he knew. In some ways, knowledge has not progressed much since then.

While most people experience a slowing down when it is cold and dark outside, some people have symptoms which really interfere with life. This is called SAD ( seasonal affective disorder)and while it is known that the condition is tied to the body's response to lack of sunlight and changes in brain chemistry, exactly how this works remains a matter of guesswork. It is thought that the lack of light affects production of the brain chemicals serotonin and dopamine, but just how is not clear.

Medical science estimatesthat, in the United States, approximately 5% of the adult population suffers from SAD with another 20% having some symptoms. There are no diagnostic tests for SAD but symptoms include fatigue, depression, body aches, poor sleep, decreased activity and sex drive, weight gain, irritability and trouble concentrating. The condition is also four times more common in women than in men with the average age of onset being 23.

Not only are there no diagnostic tests for SAD, because nobody is exactly sure what causes it, there is also no cure.The good news is, however, that there are a number of treatments, some medicinal and some involving minor changes in lifestyle, which really do work.

Everybody is a little different and what worked for me may do nothing for you, but all of these alleviate symptoms in some people and are worth a try. Here's a list with some notes on my personal experience. Please know that you are not just weak willed. There is a physiological as well as a psychological basis for your winter blues and treatment really can help. It goes without saying that if you are totally incapacitated or feeling in any way that life is truly not worth living, you need immediate medical intervention not self help. Contact your doctor or in a pinch just show up at the emergency room door of your local hospital.

Light Therapy - Thinking Outside the Box

I've never tried the bright light boxes that are recommended for SAD, but I have known people who swear by them. These boxes mimic sunlight and are designed to fool the brain into thinking you are lying on a beach. Evidently, you need to start using them as the days begin to shorten and continue sitting under them every day till spring for maximum benefit.

Light boxes can be used either alone or in conjunction with psychotherapy and/or an anti-depressant Light box therapy has virtually no side effects and ,once the box is purchased, is not costly. The few studies done on it show it really works so if you try it, you will probably get results. . One caveat though, it should not be used by anyone with bi-polar disorder without strict medical supervision as it could trigger mania.

Outside of commitment to formal light box therapy, there are some other ways you can maximize the amount of light your brain is exposed to in winter. I have found that just going outside and taking a 20 minute walk in the sun when weather permits is helpful. Whenever it is sunny and I go outside, I try to lift my face to the sun and take in as much light as I can. Another tried and true form of informal light therapy and one that works bigtime is a trip to someplace warm to lie on a beach and worship the sun for a few days or weeks. I've only been able to do this once or twice in my life, but have found that even a few days in the sun in January went a long way towards curing my lethargy and bad mood. The effects lasted even after I returned home and was shoveling snow. I'm not sure if that was a physical or psychological effect of the trip, but who cares?

I am less enthusiastic about tanning beds and tanning salons. While these can evidently be helpful for SAD, they have other unwanted side effects, like an increase in the chances of getting skin cancer, particularly in fair skinned people.

Getting outside in the winter sun for half an hour or so definitely ups your energy level and improves mood. If the weather is bad, indoor sports or a workout at the gym make a good substitute for the great outdoors-- How about an active wii or xbox workout? Recent studies indicate active video games can replace a workout at the gym as physical activity, and I bet they can help with SAD too, although I haven't carried out any personal experiments yet. I dolike the various cardio and yoga sessions that are available on demand from my cable carrier and find that doing them even for ten or 15 minutes during the day in winter helps my winter mood and energy level.

The Power of Vitamin D 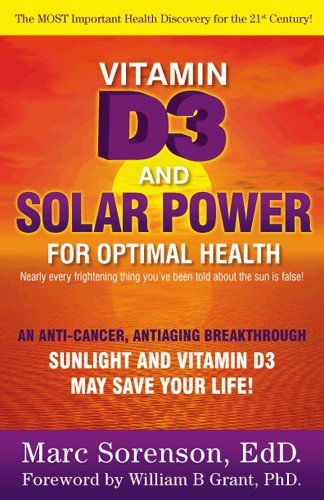 Do You Suffer from Winter Blues or SAD?

I take 2000 International Units a day along with my daily dose of fish oil. There are two forms of the vitamin: D2 and D3. Vitamin D3 is what you manufacture from sunlight and D2 is found in some foods including cold water fish like salmon, eggs, and liver. Look for supplements that are D3 in your pharmacy or health food store. Close to half of all North Americans are deficient in the vitamin and I have noticed a big difference in my mood since I started taking vitamin D supplements along with fish oil as winter approaches.

Foods Rich in Vitamin D Vitamin D is so important that for years it has been added to milk and orange juice to prevent Rickets in children. It's a no-brainer to drink milk and juice fortified with vitamin D in winter as well as to eat foods like salmon, herring, eggs, and liver that contain significant amounts of it. But since it is next to impossible to get sufficient Vitamin D in non tropical climates from food, these foods should be taken in addition to supplements and time spent out of doors.

I was once a heavy smoker. I finally quit my mutl-pack a day habit years ago in the month of October. I remember that year my usual holiday blues turned into a real depression and my doctor prescribed Zoloft which absolutely did the trick. A minimal dose somehow lifted the floor and made me functional through the holidays. For about three or four years thereafter, I would start taking Zoloft at the beginning of October and taper off it somewhere in May under a Doctor's supervision.. It helped a lot.

After three years, I decided to try a winter without Zoloft and by substituting exercise and the vitamins and foods I've described above, I've done fine, and in fact really enjoy the dark days of winter and the Christmas and New Years holidays now. I am cozy and warm inside with candles lit and there is something especially energizing about the winter sun when I go outside. I don't know what smoking had to do with it-- but I think that for me, anyway, the nicotine was a kind of anti depressant and my body had to get used to doing without it. This is just a personal observation and so far as I know, has no basis in medical fact-- but I thought I'd mention it. I'm not going to say anything more about prescription medications except that they can be helpful when properly used under medical supervision.

The Holiday Blues are not entirely about nutrition and vitamins. Brain chemistry is also affected by another component-- connection. Connection with other people makes a big difference, particularly at this time of year. There seems to be a connection between social life and the production of happy hormones in the brain.

We need our fellow human beings every bit as much as we need sunlight and vitamins. Thus, when it is dark and cold outside and you are feeling tired and blue, this is exactly the time to be with people even though you may not want to. Shut down the computer. Go to the holiday parties, volunteer to help the needy, catch up with far away friends and family. It will all help your mood and you might make yourself useful at the same time.

Here's the wrap up. Whether you suffer from full blown SAD or just fatigue, fuzziness, and a general feeling anxiety during the winter, and if you are in the Northern Hemisphere, during the holiday season, know that it really is a matter of brain chemistry not morality and there are steps you can take to improve your situation. Exercise, being outdoors, vitamin D supplements and being with other people and make a huge difference. SSRI anti depressants such as Zoloft can also work wonders and need not be forever pharmaceuticals. The important thing to know is that there are things you can do and things that work so that you too can have a Merry Christmas, Happy New Year, and cheerful, productive winter.

Tips for Beating the Holiday Blues