Do Self Defeating Behaviors Hurt Your Life?

Are you tired of feeling like everything you do turns bad? Do people call you a masochist? You may be suffering from a self defeating personality.

The Diagnostic and Statistical Manual's third revision (DSM-III) provides the mental health industry with clinical standards for diagnosing psychiatric conditions. The DSM-III nearly classified self-defeating personality as a mental disorder but the traits are so common that it was omitted. Instead, it was mentioned only in the appendix, where clinicians were advised to consider using a diagnosis of "personality disorder not otherwise specified."

When I was actively working as a counselor, the DSM-III was the current standard for making diagnoses. Since then, it has been revised again. The DSM-IV no longer carries mention of self defeating personality, but the traits are as prevalent as ever, and people continue to feel victimized. Psychiatrists, psychologists, and social workers may still refer to masochistic personality disorder or self-defeating personality disorder to summarize behaviors of certain people who seek help for the problems caused by their defeatist approaches.

Personality disorders are deeply ingrained personality traits that often resist change. People suffering from self defeating personality often don't recognize that they contribute to their own unhappiness.

Learn more about self defeating behaviors, and how they may be hurting your own life.

Do You Have a Self Defeating Personality?

If you answered "True" to five or more of the questions in this non-scientific quiz, you probably experience a great deal of disappointment and mistreatment in your life. You may feel discouraged and suffer low self-esteem because nothing seems to turn out well for you.

Your relationships can be full of conflict and suffering. At work, you may see coworkers get promoted while you wonder why you haven't been offered a better position. You have developed trust issues when it comes to love. You long to have more fun in your life, but something holds you back from getting out there and experiencing it.

When other people get to know you, they see you as someone who:

In the sections that follow, you'll find some tips and strategies for making small changes to start a journey to a happier, more fulfilling life right away, along with some tools that will help you stay on track in the months and years to come.

Self-Defeating Behaviors: Free Yourself from the Habits, Compulsions, Feelings, and Attitudes That Hold You Back
Buy Now

How are your beliefs and experiences affecting your life?

Expectations and Self Fulfilling Prophecies

Self-fulfilling prophecies are based upon a false belief that later becomes true. An example of this self defeating habit happens frequently in relationships:

Sally secretly fears her husband Joe will cheat on her. She has no real reason to believe he will, because he's attentive and affectionate. However, her doubts plague her and drive her to seek reassurance from Joe. "Do you love me?" she asks.

Even though he says, "Of course I do," and continues to show her that he cares, she never quite believes him. Over time, he realizes that she will never be satisfied with his answer, and he grows impatient with her ongoing questioning. Before long, he starts communicating his impatience when she asks by rolling his eyes, sighing, or saying, "This again?"

Sally notices that he's pulling away from her. Instead of acknowledging that her questions make him feel criticized unfairly, she's certain that he's hiding something. She asks more questions. "What do you mean you have to work an hour late tonight?" She may even call him to check up on him, a tactic he sees through. Their behaviors continue to escalate until Joe gets fed up. When he meets Jill, her confidence is attractive, and he thinks, "Well, Sally never believes me anyway, so I have nothing to lose if I have an affair."

If you have a self defeating personality, you may frequently feel as if you "knew all along," when in fact, you've actuallyy engineered a trauma because you so deeply believed something that was originally false!

In order to stop self fulfilling prophecies from sabotaging your life, you must do three things: 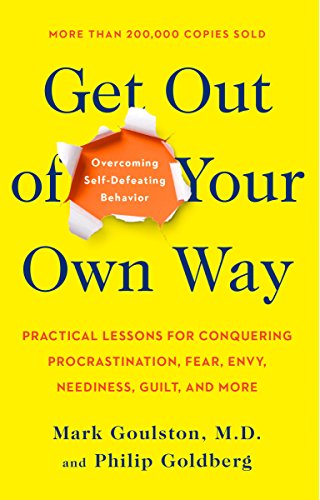 Get Out of Your Own Way: Overcoming Self-Defeating Behavior
Buy Now

Self Sabotage and Rejecting Help

Have you found yourself saying, "Well, hindsight is 20/20 vision" after experiencing setbacks they tried to warn you to avoid? Do you find that when others offer you help, it never works out?

Donny does. A year after getting laid off from his management job and finding it difficult to locate something similar, a friend who owned an automotive garage offered him a job. "Thanks, but I need to find a position in the same line of work," he said, even though his wife was threatening divorce if he didn't find something soon.

A few months later, when he was still unable to find a job and his wife had started packing her bags, he returned to his friend. "Hey, I'll take that job after all. My wife's decided to leave me if I don't." By that time, however, his friend had already filled the vacancy.

If you have a self-defeating personality, others may tell you that you don't listen well or that you are your own worst enemy. Even if they say it in a joking manner, they're communicating an important message to you about how you treat yourself and other people.

You may have trouble foreseeing the consequences of your choices because you don't see the "big picture." You become focused on those aspects that are important to you, but don't give enough weight to other factors. In Donny's case, he was too focused on maintaining his work skills for a certain type of job, and not giving enough consideration to his wife's views or his friend's sacrifice on his behalf. He felt disappointed and wronged, when it could have been avoided if he'd paid more attention to those "less important" things.

To overcome self sabotage, you'll need to learn how to get out of your own way.

Talk Is Cheap: Sarcasm, Alienation, and the Evolution of Language
Buy Now

If you find yourself feeling defeated, depressed, or hurt because of the way others treat you or talk to you, ask yourself honestly whether you contributed to the event. While you're never responsible for what another person says or does, if your own words and actions have been hurtful, insulting, or blameful, then you may have been able to avoid unpleasantness by being more pleasant.

Sarcasm and "joking" that is aimed at another person's weakness can produce similar responses.

You've heard the cliché "If you want a friend, be one." This is especially true if you tend to have self defeating traits. In order to prevent others from mistreating you, you can start with these tips: 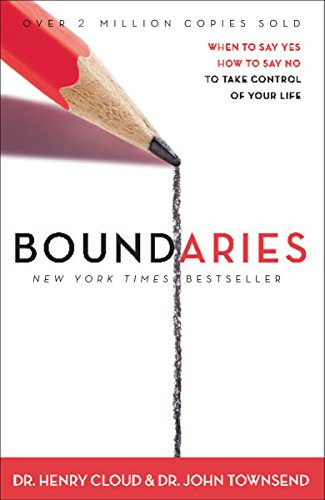 Giving Till it Hurts

When others just don't appreciate the help you give them and the sacrifices you make on their behalf, consider how your efforts defeat yourself. You spend time, energy, and even money to help someone who doesn't act like they want or appreciate it. The truth is, maybe they didn't want you to step in.

People with self defeating personalities often don't realize that others can perceive them to be pushy, controlling, or a nuisance. Their efforts are motivated by genuine kindness, yet they may not realize that the other person might want to fix their problems on their own.

If this describes you, your attempts to help others can leave you feeling overwhelmed and underappreciated. To break this pattern: 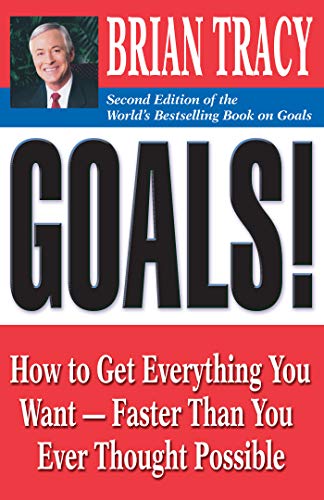 Goals!: How to Get Everything You Want -- Faster Than You Ever Thought Possible
Buy Now

Many people who are self defeaters set a low performance standard for themselves that can invade every area of their lives.

You may be setting the bar too low if you're capable of doing something for others yet feel paralyzed when it comes to completing similar tasks for yourself. If people come to you for advice, yet you can't seem to give good advice to yourself, you've had this experience. If you can mow your friend's lawn while they're on vacation yet can't figure out how to operate your own mower, you may have a self defeating personality. If your intelligence level is high, yet people accuse you of having poor common sense, you might be experiencing another way that you defeat yourself. If you feel guilty or depressed when you do achieve something worthwhile, you're punishing and sabotaging yourself instead of experiencing all your life has to offer.

To increase your self-esteem and feel more joy in your life, start with:

Facing Codependence: What It Is, Where It Comes from, How It Sabotages Our Lives
Buy Now

Defeating Yourself with Friendship

If you're a self-defeater, you may feel bored or uninterested in people who treat you well, and excited by people who don't really look out for your best interests.

A classic example of this is a woman who feels offended if a man pulls out her chair for her. Even though it doesn't hurt her to accept his offer, she finds a reason to object to what is a genuinely thoughtful act on his part. Instead of attributing his behavior as kind, she interprets it to mean something different - that he thinks her incompetent.

This can be an extremely challenging habit to break. You may find that if you start to surround yourself with people who treat you well, you feel out of your element. Instead of an immediate, almost electric attraction to a new friend, you're not sure how to behave or what to say.

To bring good people into your life who support you as you seek happiness, you need to first feel willing to accept some discomfort. You'll also need to:

How often do you avoid doing something that would bring you pleasure? Sure, you have reasons - but you know you'd have fun if only you'd let yourself engage.

Bring positive power and energy into your life to get rid of some of the "proof" that reinforces the kind of negative thinking that creeps into your decisions on a day-to-day basis.