What is Sickle Cell?

In a healthy, normal body, round flexible red blood cells use a protein called hemoglobin to transport oxygen throughout the body. Sickle cells are rigid sickle shape cells, created by a genetic blood disorder caused by a mutation that prevents hemoglobin molecules from forming properly.

Sickle cells prevent oxygen from properly flowing through the body causing the cells that make up organs to die, leading to organ damage and failure. Healthy red blood cells also do not live very long, making those afflicted anemic. Which is why this disorder is referred to as sickle cell anemia. Due to their odd shape, sickle cells also get stuck in capillaries--which is very painful and damaging.

I first became interested in learning about sickle cell when I learned that my son and husband were carriers of the sickle cell trait. Since I did not know very much about the disorder I was very afraid, but having been an HIV/AIDS activist for most of my life, I knew that fear stems from ignorance. So since then, I've been trying to understand this disorder and what it means for my husband and son to be living with it.

This Hub is made up of my research and any questions I've had about the disease. Originally I blogged about it on my personal website, but I think it will be more useful and easier to keep track of here. If you have any questions about sickle cell that you don't see here, please feel free to ask and I will find the answer.

This research has helped me a lot, so I hope that you find it useful as well. I will add to this as I come across more information.

How is Sickle Cell Passed On?

Sickle cell is passed down through genetic coding. That means it cannot be "caught" by interacting with someone who has sickle cell or by getting a blood transfusion from someone with sickle cell. The only way to get it is to be born with it.

Most states screen newborns for sickle cell. That is how I learned that my son had the trait.

In addition to Sickle Cell Anemia, there are many other rare diseases that require bone marrow transplants to save lives. YOU can help by spreading awareness and signing up to be a donor. Check out BeTheMatch.org to see if you are someone's life saving match.

How to Treat Sickle Cell

Treatment depends on the severity of the disorder in an individual. Babies and children with sickle cell anemia must take daily doses of penicillin to prevent infection and illness.

Plenty of rest, water, and avoidance of strenuous activity is advised for both carriers of the trait and those with sickle cell anemia. Folic acid (found in dark leafy greens, beans, and citric fruit) helps in the production of red blood cells. So a good daily multivitamin is a must.

Blood transfusions are common practice for those with sickle cell anemia. In severe cases, bone marrow transplants may also be necessary.

However, carriers of the trait may never experience any symptoms of the disorder nor require treatment.

The sickle cell mutation is believed to have originated in regions that are also afflicted with malaria. The shape of the cells actually make carriers immune to malaria. This implies that the mutation was an evolutionary response to the malaria epidemic.

What is it like to live with the Sickle Cell Trait?

Fearful of my son's status, Hb SB+, I asked several doctors what I should expect from the diagnosis. None of them seemed overly concerned. They explained to me that carriers of the trait live very normal lives, some don't even realize they are carriers. Carriers of the trait with Thalassemia may be more anemic, but generally speaking, do not have problems.

The only restrictions I was informed of was high altitude mountain climbing, piloting aircraft, and space travel. So, my son won't be climbing Mt. Olympus, flying any planes, or becoming an astronaut. This made me a little sad, but I'll encourage him to be whatever else he wants to be.

I read up on these issues though, to understand why such activities would be dangerous for a person living with the trait. It is because in high altitudes, where there is less oxygen, normal blood cells begin to sickle.

I checked out the American Society of Hematology's FAQ on the Sickle Cell Trait and find this particularly useful:

Carriers of the Sickle Cell trait should be mindful of the same things that ALL athletes need to consider. 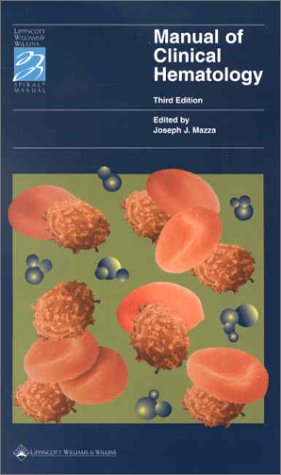 Manual of Clinical Hematology (Spiral Manual)
In-depth and useful book on understanding blood disorders. I used this for a lot of the information I cite here.
Buy Now