Benefits of Ginger in the Diet

Ginger is one of those spices that has never lost its importance as a part the human diet because of its medicinal properties. This root spice has been used, and held in high esteem for hundreds of years. Ginger is a rhizome that is compact with essential nutrients and rejuvenating compounds. It has been used for combating illnesses and promoting health among the human population throughout the centuries. Here are some of the health benefits gained with the use of ginger as a natural remedy. 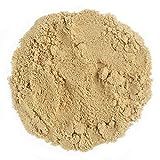 Ginger as always been used to calm an upset stomach. The rhizome contains pungent enzymes known as shogaols and gingerols. These are believed to be the agents that effectively help to control vomiting and nausea. They have the ability to control the movements of the gastrointestinal tract. This has proven to be of great benefit to many individuals who have suffered from these ailments at one time or another. It can safely be used during pregnancy as there are no side effects.

The medical form of ginger that is used specifically for this purpose is known as the Jamaica Ginger. Individuals who suffer from gall stones have especially been prompted to take this form of ginger. Jamaica Ginger, when ingested to treat gall stones, stimulates the gall bladder so that it releases bile, and this leads to the healing of the ailment over a period of time. 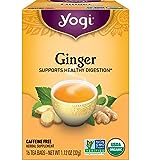 Ginger is widely used to treat inflammatory conditions such as osteoarthritis and rheumatoid arthritis. The compounds known as gingerols are very potent anti-inflammatory agents. It is responsible for the reduction in pain and the improved mobility that individuals suffering those ailments experience when they consume the spice regularly.

A study conducted at the University of Minnesota found that ginger may be able to slow the growth of colorectal cancer cells. Gingerols (the enzyme that gives the spice its flavor) is once again noted as the enzyme that has an effect on cancer cells found in the colon.

Due to its ability to calm the stomach and control nausea and vomiting, ginger is also useful for controlling nausea that results from motion sickness.

The antibacterial and antifungal qualities that ginger possesses make it very effective when used to relieve the pain from a toothache. It is also used to relieve discomforts associated with an infection of the respiratory tract.

Ginger has a reputed benefit of being safe for diabetics and those with a heart condition as it is believed to assist with lowering the cholesterol content of the blood.

Ginger is one of the safest natural remedy that should be kept in the home for general use, and for responding to the onset of many ailments.