Sinusitis is inflammation of the sinuses. This may be related to a viral or bacterial infection, but can be also possible caused by allergies. Sinusitis can be acute and last less than four weeks, or chronic, lasting 8 to 12 weeks or more. Acute sinusitis is expected to be very common and affects about 1 in 10 people each year.

Overall, sinusitis during a cold start, flu, or other viral infections. These conditions cause inflammation of the nasal mucosa (inner lining of the nose).

Most cases of sinusitis are due to viral infections. However, in some people, a bacterial infection can cause sinusitis. Often, the bacteria are already present in the nose, but does not lead to infection because they are controlled by natural immune defenses.

If the body's defenses (sinus drainage or immune system) are not functioning, the bacteria can cause an infection.

The symptoms of sinusitis are quite different to those of a cold or flu. The main symptoms are pain or pressure in the face, congestion, runny nose or throat and some loss of smell.

Yellow or green mucus from the nose can flow. The person suffering from sinusitis feel generally unwell, fever but if the infection is limited to the sinuses.

Acute sinusitis lasts approximately 2 weeks. In contrast, for some people, the infection lasts longer. When the symptoms last more than 8-12 weeks is known as chronic sinusitis.

Sinusitis can sometimes cause serious complications such as abscesses and meningitis (infection of the membranes concerning the central nervous system).

Your doctor will diagnose acute sinusitis by asking the patient concerning the beginnings of infection (recent colds), type of symptoms and examination.

Natural remedies for sinusitis help combat various symptoms, such as pain, pressure around the eyes, cheeks, nose and forehead, loss of smell... Sinusitis is an infection or inflammation of the sinuses, this pain or pressure is usually associated with inflammation or obstruction that prevents the sinuses to drain properly. 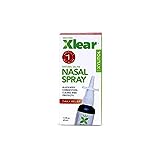 Below you will find a variety of home remedies for sinusitis cons to consider when symptoms become too bulky, you can simultaneously use several solutions:

Fresh onion juice is one of the best home remedies can cure both the sinus infection and associated headaches. Grab a small onion, grated and extract the juice. Put two drops in each nostril.

Gentle pressure to certain points on the forehead and the face can help rid of the pain. This consists of two sides of the nose above the nostrils, the bridge of your nose bones, eyebrow. Press them gently for a few minutes. Avoid applying too much pressure.

Another natural sinusitis remedy is the use of a saline solution that helps to liquefy the mucus and reduces swelling.

Carry out a towel over his head and sniff the vapors of hot water to a bowl of boiling water. Steam must apply directly to the face.

You can also place a hot, moist towel over his eyes and nose nostrils. Leave until it starts to cool, repeat until you get relief.

Apple cider vinegar reduces mucus and facilitates drainage. Inflammation of the sinuses healthy and pain. You can take 2 tablespoons of apple cider vinegar in a little water, add a little honey (2cc example). A repeat during the day. This solution is very quick and effective against sinusitis.

Radish is known for its intense flavor, and helps open the sinuses and clear mucus. Sometimes horseradish smell the powder is sufficient to treat sinusitis.

Mint: essential oil form, mix a few drops of essential oil with vegetable oil or jojoba, macadamia. With this combination of massage on the forehead to relieve and treat headaches and sinusitis.

- Avoid catching colds by washing your hands frequently and avoid around people with colds.