Situational Awareness - Increase Personal Safety Through Awareness of Your Surroundings

What Is “Situational Awareness”

Simply put, situational awareness is the act of paying attention to what’s currently going on around you, understanding how it affects you, and using that information to make decisions and take action if needed.

Maintaining situational awareness is an active process. As you walk down the street, your situation constantly changes; you pass different people, different doorways, cross streets, etc. These are all changes in your situation and each presents a potential safety issue.

Everyone is different; some people are naturally more or less aware of their surroundings than others. However, there are some common factors that cause awareness problems for many people.

The most common thing that reduces aware is distraction. Examples that I see every day include:

Maintaining good awareness of your surroundings helps you stay safe. A lack of situational awareness affects your personal safety in two broad categories:

When you’re not paying attention to your surroundings, you’re more likely to stray into a dangerous situation. When that happens, you may not be able to react in time to avoid harm.

For example, I once watched a woman in her late twenties or early thirties lead a young child by the hand off the sidewalk and directly into the path of the vehicle I was driving. I had a heightened sense of awareness because there were many kids in the area. She, on the other hand, had her face buried in her smart phone. She never even looked up when I stopped short within ten feet of her and her child. Her lack of situational awareness put them both in grave danger. Lucky for all involved, we weren’t both equally unaware of our surroundings.

Lack of awareness increases your risk of becoming a crime victim. You are more likely to be robbed or worse. People who are unaware are easy victims. Criminals will choose them over people who look like they are aware of the situation.

One common crime in urban areas is known as “apple picking”. Thieves look for someone who isn’t paying attention to their surroundings. Perhaps they’re busy texting or talking on the phone. The thief grabs their smart phone right out of their hand before they know what’s happening and runs off with it.

A much more dangerous crime that’s been reported in the headlines is known as “the knockout game”. In this “game”, one or more people, typically teenagers, sucker punch an unsuspecting person with the goal of knocking them out with a single hit.

Note: Some people report that this is not a new phenomenon; it has been going on for a long time. That may be so, but it doesn’t make it any less disturbing.

Have you been the victim of a crime or accident?

How To Improve Your Situational Awareness

Situational awareness is a choice. You must choose to take the actions necessary to become and stay aware of your surroundings. Once you do this for a while, it will become second nature. The following actions will get you started.

Jeff Cooper, a Marine Corps Lieutenant Colonel during the Korean War, came up with a color-coded system to describe a person’s state of awareness of their surroundings. This system is frequently used as an aid in security training as it provides a set of standard definitions that be referred to.

Oblivious to your surroundings. Walking with your head down, never looking around, perhaps engrossed in a smart phone. A person in Condition White won’t know there’s a problem until they're in the middle of it.

A relaxed state of general alertness. You’re head is up and looking around taking note of your surroundings. If there’s trouble, you’ll see it coming.

You’re aware of and focused on a specific situation that may be a threat such as angry yelling nearby or an unusual smell of smoke in the air. You may feel the effects of adrenaline starting to flow.

You’re in “fight or flight” mode. There is an immediate threat that you must either confront or escape. Adrenaline is flowing and preparing your body for action.

Which Condition Is Best?

Condition Yellow (a relaxed state of general alertness) is where you want to be when you’re in public. Being alert and aware of what’s going on around you can help you avoid situations that lead to Orange and Red. At the very least, you won’t be surprised by them.

Do you think this is paranoia?

Is This Just Paranoia?

Paranoia is an excess or irrational feeling that someone means you harm. Situational awareness is paying attention to what’s happening around you so you can make intelligent decisions and take action if needed.

Being afraid for no reason is not the same as being aware of your surroundings.

Situational awareness is a state of mind that you can reach and maintain with a little practice. It can help you have the information you need to make decisions and take action to stay safe. It’s your first line of defense against accidents and crime. 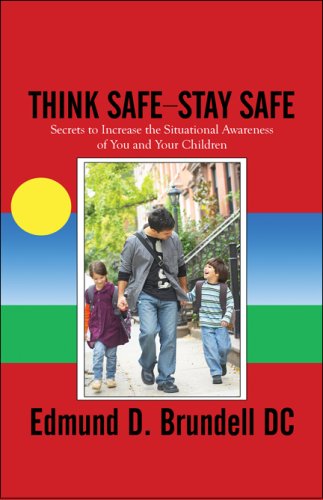 Think SafeStay Safe: Secrets to Increase the Situational Awareness of You and Your Children
Buy Now 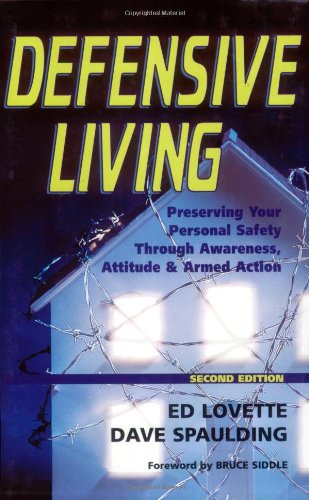 Tips for Staying Safe from Accidents and Crime Outdoors

Most of us like to spend time outdoors. It’s important to consider personal safety while we’re outside.

Tips for Staying Safe While In Your Car

If you spend a lot of time in your car, these tips may help you stay safe from accidents and crime.

12 Tips for Staying Safe While In Your Home

Home safety is a big topic with many areas to cover. These tips will help you get started toward a safer home environment.