Skin Cancer: The Story Of Yasir Ibn Mohammed From Kuwait

Mr. Yasir Ibn Mohammed is from Kuwait and has been working in a petrochemical company for the past 6 years. The fair-skinned Yasir has some birthmarks at the topmost part of his back. They are about 3 of which two are larger than 22 mm in size. One day he came back from work and was about to freshen up when his wife discovered something interesting when he took off his shirt. The birthmarks all seemed to have increased in size, but his wife's observation led to an argument and it was carelessly ignored.

After about eight days all the birthmarks doubled in size forming large brownish spots with dark speckles and small lesions with irregular borders having portions which appear red. This time around, his wife persisted and they went to the hospital. After some medical procedures such as scraping some parts of the spots and taken for histological analysis, radioisotopic scanning and other procedures, the Doctors came up with this diagnosis:

Skin Cancer: Malignant Melanoma, Stage IIB. Is Yasir safe? What is this?

The largest Organ of the Body is the Skin. It is of great physiological importance as it rids the body of waste products via the sweat glands, helps control fluid loss, helps regulate body temperature and most importantly, it is the first line of protection to the body against injury and infection.
The skin is divided into two major layers. The outer layer known as the epidermis and the inner layer known as the dermis. The outer layer has different layers of cells and they are as follows:

The dermis, being the inner layer houses inner tissues such as fats, connective tissues and blood vessels.

Cancer or a cancerous growth is the pathological or abnormal mitotic proliferation of cells (multiplication of cells through fast growth). If this is the case in the Skin, then this abnormal mitotic growth could occur in Squamous cells (Squamous Cell Carcinoma- SCC), Basal Cells (Basal cell Carcinoma- BCC) or in the Melanocytes (Melanoma). These three types of Skin Cancer are the major and most common skin cancers.
As for the cells of the Dermis, cancerous growth can occur in fatty cells (Liposarcoma), Muscle tissue (Miosarcoma), Blood and lymphatic vessels (Angiosarcoma, angioendotelioma, Kaposi's sarcoma, lymphangiosarcoma etc.) and even on undifferentiated cells (undifferentiated sarcoma, mixosarcoma).Our major focus will be on the cancer of the epidermic cells, since they have a more than 85% occurrence of skin cancers globally.

The following can cause skin cancers:

There are some factors which can aid or compliment the occurrence of Skin cancer. This in other words means people with such factors have a high risk of getting skin cancers. Such factors are as follows:

Red ulcerated Lesion On the skin

WHAT ARE THE SIGNS AND SYMPTOMS?

1. In Basal Cell Carcinoma, what is observed is a pearly waxy bump or/and a flat flesh-coloured or brown scar-like lesion. These lesions grow slowly and almost never spread to other parts of the body. If detected early, it can be treated and cured. Other signs are: lesions sometimes bleed, crusts are usually formed, there is this characteristic deceiving healing signs but healing never occurs, itching and development of painless ulcers are additional symptoms. This is the most common of all cancers and occurs in 75% of skin cancer cases.

2. In Squamous cell carcinoma, most common anatomical locations affected are: face, ears, hands, and individuals with darker skins are more likely to develop SCC on their legs and feet. A red firm Nodule is usually the clinical presentation and in almost all cases with a flat lesion with a scaly crusted surface. Like the B.C.C, it also has a slow growth rate and only spreads to other body parts if left untreated for a very long time. Skin area which is affected is raised in comparison to the neighbouring areas and lesions can be very tender to touch.

3. Malignant Melanoma is the most severe and dangerous of the three. Growth and spread are very fast and that is why it is clinically identified as malignant. Presentation of this type can be on any part of the body, but mostly on the head, trunk and Neck for men and lower legs for women. Other clinical presentations are: a large brownish spot with darker speckles; small lesions with irregular borders with portions that appear red, white, blue or blue-black and dark lesions on Palms, soles, finger tips and toes, or on mucous membrane lining the mouth, Nose, vagina or Anus.The characteristic feature of Malignant Melanoma is its production of sharply circumscribed and chronic lesions of the skin called Nevus, popularly known as Moles or birthmarks. These Nevi presentation come with some certain clinical features which are as follows:

Diagnostic procedures slightly differ due to the type of cancer. As for the Basal cell carcinoma and Squamous cell carcinoma procedures like normal palpation, the use of Dermatoscopy, cytological analysis of the scrap or smear, incisional biopsy, Ultrasound diagnosis and thoracic cavity radiography (to check for metastasis in lymph nodes and distant metastases). As for Melanoma, additional procedures such as Echography, tumor thermography and Radioisotope scanning with the help of radio-active 32 P (300%) are needed.

The carcinomas should be differentiated from Red Lupus, Tuberculosis, Syphilitic gumma, Actinomycosis, Melanoma and Non-malignant skin growths. On the other hand, Malignant melanoma of the skin should be adequately differentiated with Youth melanoma (spits Nevus), Blue Nevus, Galo-nevus, Displatic nevus, Cavernous thrombotic gemangioma, Non-malignant skin tumors, Malignant skin tumors, underungual and under-epidermal hematoma, Onichomycosis, Extragenital chancre and Metastasis of tumors of other histogenesis into the skin.
TreatmentBefore we begin discussing the treatment, we need to know the different stages of skin cancer because this is of great relevance to how Skin cancers should be treated. And as the trend is, the staging differ with the type of cancer. The Carcinomas have the following.Primary Tumor

Staging of the Carcinoma Types of Skin Cancer 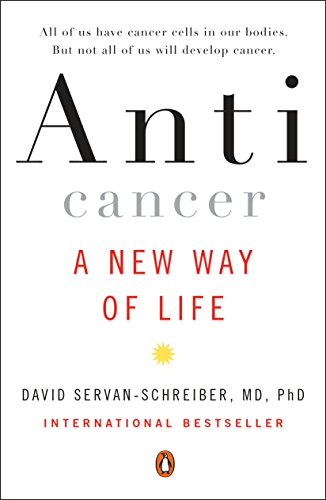 Early diagnosis of the disease has an excellent prognosis of 80-100% complete recovery with no relapse. In case of absence of regional lymph node metastases, a 5 year survival is guaranteed in 75-85% cases, but if present with metastases of adjacent tissues and organs, the 5 year survival is only about 24% probable.
Melanoma

From the Doctor's Diagnosis, we can say Mr. Yasir Ibn Mohammed has Melanoma which is more than 4mm thick but without ulceration; no lymph node involvment and metastasis is yet to occur

stage Of treatment of Melanoma

The standard treatment in case of IA and IB stages is wide excision of the rumour at the distance of 2cm from the tumour borders.
In stage II treatment, the standard excision carried out should be at the distance of 3 cm from the tumour borders. Besides tumour excision, it is possible to perform immunotherapy using interferon alpha-2b 3ml ME/m2 of hypodermic injection 3 times per week during 3 years or until a relapse and melanoma metastases.
In stage III treatment, the medical standard is wide excision of the primary tumour within 3 cm and more combined with regional lymphodenectomy. Chemotherapy, immunotherapy (interferon Alpha-2b, BCG), polychemotherapy should be performed in usual or modified (hyperthermia, hyperglycemia, etc) are also ideal. Another method of treatment is polychemotherapy (decarbazine combined with platinum medications-Cisplatin, periwinkle alkaloids- Vinblastine, and medications of Urea nitromesil group-lomustin.
The standard for stage IV treatment is simply systemic chemotherapy. Surgical procedure can be performed in the presence of single metastases in the lungs, gastrointestinal tract, bones or brain. Palliative radiotherapy can relieve the patient's state. Sometimes, in addition to these procedures, anti-oestrogens (tamoksifen) are used.
Prognosis