Breast cancer occurs when cells in the breast begin to divide and reproduce at a fast pace often leading to the growth and development of a tumor. Breast cancer is the most common form of cancer in the world with more than 14% of the women and 6% of the men in the world population suffering from the disease. Breast cancer may be common in women but more often than not has very devastating effects on the men because of the delay in diagnosis. Whereas more women are acutely aware of their breasts and the areas surrounding them, thereby ensuring that any simple change is easily noted leading to early diagnosis of cancer, men on the other hand rarely if ever are aware of any changes in their breast tissue. Often when men come in for diagnosis it is too late for any form of non aggressive treatment and sometimes in fact too late for any form of treatment. Any form of breast cancer, can be classified with regard to the personality, characteristics and schema of the tumor and behavior of the cancer cells. There are mainly five stages in the classification of cancer, with main emphasis on the cells and character of the surrounding tissue. Once diagnosis is complete, it is easy for the doctors to give information the stage of cancer. Cancer patients are often advised to note that the period between the development stages is not specific but varies from one patient to another, and while one form of treatment may successfully stop the development of cancer cells in one patient, it may fail to do so for another.

Stage 0 of cancer, is the first stage and often indicates the presence of localized cancer cells. This means that the cancer has not invaded any of the surrounding lymph nodes and tissues but has in fact localized itself to the area diagnosed. In most cases, this indicates that the cancer has been caught in the early stages and the patient can undergo simple surgery procedures to remove the tumor with minima if any chemotherapy. Many of the tumors diagnosed in this stage are not malignant but can develop to become malignant cells if not treated immediately. Cancer caught at this stage is treated easily and with very low chances of recurrence because of the nature and character of the tumor. The most common form of cancer in this stage is the DCIS and LCIS. DCIS generates from the milk ducts, producing a localized tumor in the ducts while LCIS generates from the lymph nodes forming a tumor near the armpit.

Stage1 of cancer describes a form of cancer in which the cancerous cells have begun affecting the neighboring areas in the breast but has not reached the lymph nodes yet. Although in some patients diagnosis at this stage may require aggressive treatment procedures, it is likely that the treatment will be highly successful. For a tumor to be classified in stage 1 it must measure 2 centimeters or less. Although the tumor can be felt with a simple touch often producing an egg like texture, it cannot in many cases be seen through the naked eye. The normal tissue surrounding the area in which the tumor is located often shows symptoms of being affected or drawn to the cancer cells. However, the areas affected do not reach the lymph nodes; therefore the tumor can be felt within the breast but not near the arm pit. The cancer generally comes from the milk ducts and not the lymph nodes. The cancer in this stage takes longer to diagnose and could easily be ignored.

Stage II cancer on the other hand describes cancer of two forms, the first is where the cancer has not been found within the breast but the same has been found in the lymph nodes. The patient may be experiencing some symptoms but in most cases this form of cancer is diagnosed in the periodic checkups. In addition this first part of stage II also describes a tumor that is less than 2cms but has spread to the lymph nodes or a tumor that is more than 2cm and less than 5cms but cannot be detected in the lymph nodes. The second part of stage II is easier to detect as the tumor is often more than 5cm and can be seen externally.

Stage III describes a form of cancer that has spread from the breast tissue into the lymph nodes where cancer cells can be detected and have stuck to the lymph nodes. Often small tumors develop if the cancer cells are not attacked immediately. The tumor diagnosed in this stage is more than five centimeters and although this tumor can be removes through invasive surgery, the patient may require a bout of chemotherapy to deal with the cancer cells in the lymph nodes. The tumor could also have spread to other organs surrounding the breast such as the skin, and chest area. In many cases at this stage the cancer may have begun affecting the bones surrounding the breast (hence the need for invasive surgery) to remove all the affected tissue.

Finally stage IV of breast cancer indicates that the cancer has gone beyond the areas surrounding the breast into major organs of the body including the liver and lungs. The cancer has often not been diagnosed at early stages because the cancer cells could not be seen before. This stage of cancer requires very aggressive treatment (often a combination of continued invasive surgery and severe chemotherapy) for treatment. This stage is often characterized in the advanced category of cancer. Although treatment may be successful, the percentage of patients in remission at this stage is very low; many suffer a recurrence of the cancer even as they continue to undergo treatment. This is because the cancer may have spread too much for the doctors to handle it. In addition, failure of main body organs makes the treatment options limited. There is very little doctors can do at this stage without subjecting the patient to severe and devastating side effects.

The five stages of cancer are stage I, stage IIA, stage IIB, stage III and stage IV. Although symptoms may vary for each stage, they are often an indication of the spread of cancer. This is especially for the recovering patients who should be on the lookout for even small changes in their bodies’ indication a probable return of the cancer cells. Treatment options are often dependent on the stage of cancer development and characteristics of the patient. Many doctors prefer aggressive treatment even for stage 0 patients to avoid recurrence. 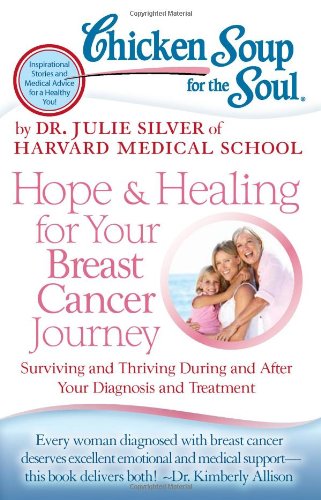 Chicken Soup for the Soul: Hope & Healing for Your Breast Cancer Journey: Surviving and Thriving During and After Your Diagnosis and Treatment
Buy Now