Stevia: The Turbulent Tale of a Natural Food Additive

If you have not heard of stevia, you're not alone. Certain forms of the this South American plant have only recently found tenuous approval as alternatives to zero calorie sweeteners in the United States. The Japanese have been using stevia leaf extract as a natural sweetener instead of chemicals like aspartame and sucralose for over 30 years. The FDA remains concerned about stevia's safety, however, in spite of the fact that Japan has reported no adverse health effects from using the natural sweetener. Many nutrition and health experts across the globe believe that these concerns are founded in faulty research and feel that stevia makes a safe and viable sugar alternative.

Resources & References: The History of Stevia

Stevia Through the Ages

The beneficial properties of stevia are not a recent discovery. As far back as 1,500 years ago the Guarani people of Paraguay have been using stevia in a variety of ways. When the Guarani first stumbled upon the stevia plant, they were amazed at its sweetness. They added crushed stevia leaves to sweeten their hot teas and called the herb "kaa he he," which means "sweet herb." The Guarani soon found that stevia could be used in a variety of other ways, including:

The use of stevia quickly spread from Paraguay to Brazil and Argentina, and eventually to Europe. In 1887, Dr. Moises Santiago Bertoni "discovered" the indigenous plant during his time as director of a college Paraguay, and he gave it the name "stevia rebaudiana." In 1931, stevia's commercial viability became reality when two French chemists isolated the compounds that make stevia so sweet.

By the 1970s, Japanese scientists had determined that stevia was far safer for consumption than other sweeteners suspected of causing cancer. Now Japan accounts for 40% of stevia consumption worldwide, used in soft drinks, foods, and at the table. Stevia is currently used in many other east Asian countries as well as in South America. It is verified as a safe sweetener in Australia, New Zealand, Mexico, Brazil, and France but remains banned in the rest of Europe, Hong Kong, and Singapore. The United States along with Switzerland and Canada allow stevia to be sold as a food additive and supplement, not as a sweetener.

Although companies like PepsiCo and CocaCola continue to petition for the approval of stevia as a sweetener in the United States, the FDA (and the European Union and United Nation panels) says that they hold unresolved concerns about stevia's toxicity and effects. Although the Japanese have been using stevia extract as a sweetener for three decades, they use smaller amounts of it in one sitting than what Americans are expected to consume. Toxicologists believe that larger amounts of stevia may cause negative side effects including:

Stevia champions point out that the scientific studies which produced the findings on the dark side of stevia were flawed. The data was so mishandled that the studies would have attributed distilled water with identical negative side effects. Further studies have since proven that stevia is not carcinogenic and does not lead to infertility. What's more, properly handled data shows that stevia could in fact help treat diabetes in addition to serving as a natural very low calorie sweetener that does not raise blood pressure. 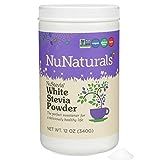 Where to Find Stevia

In 1995 the FDA approved the sale of stevia as a food additive or nutritional supplement, not as a sweetener. In December 2008, the rebaudioside A extract of stevia was deemed generally recognized as safe (GRAS), but the stevia plant itself remains banned as a sweetener in the United States. Regardless of FDA status, this natural sweetener can be purchased as concentrated powders or in liquid form from the vitamin section of many stores, especially natural food stores. The internet remains the most reliable and most thrifty method of purchasing stevia.  Sadly, stevia is still quite expensive, especially in local grocery stores.

What's So Great About Stevia, Anyway?

Stevia is a hotly debated topic in the nutrition world. But is it really worth the attention? I feel that stevia really is a wonderful product, but that is only my opinion. Scientific studies have shown that stevia has many benefits:

I use stevia regularly, mostly as a sweetener for hot tea or in smoothies. While stevia is available in a wide range of forms (liquid extracts, jars of powder, individual serving-sized packets, just-for-baking formulas, and so forth), I prefer to use the individual packets. Because stevia is 200 to 300 times sweeter than sugar, I tend to use a half packet at a time per cup of tea or smoothie. However, stevia can be used in recipes as well.  Keep in mind that less is more with stevia, and then over-using this wonderful product can result in a bittersweet aftertaste.

Mix all of the ingredients together in a bowl, then transfer to an ice cream maker. Follow the the directions in the ice cream maker's manuals and churn for 30 minutes. Serve immediately for best flavor and consistency. Makes 4 small servings.

All writing and photography copyright of Beth Morey, 2009-2010. Reproduction/reprinting is prohibited, although linking to this hub as an information source is permitted.

Talk back! Is stevia safe?