The Benefits of Fennel Essential Oil

An introduction to fennel

Fennel oil, derived naturally from the fennel plant, was originally discovered and found in Europe.

While there are many different varieties of fennel, all of the various species are part of the larger Umbelliferae (Apiaceae) family.

Pseudonyms for this plant are Roman Fennel and Fenkel. The name "fennel" is derived from the word foenum, which is Latin for hay.

Fennel is an herb that can grow up to 6 feet in height, producing green leaves and yellow colored flowers.

Aromatherapy uses of fennel and fennel oil are many and varying. It is  useful tool in aromatherapy products

Uses of fennel and fennel oil

Historically, fennel was used by the ancient Chinese, Egyptian, and Roman civilizations.

According to studies, these ancient cultures believed that the fennel plant would provide individuals with strength, vitality, courage, and longevity.

Many people also used fennel to boost their eyesight abilities, heal snakebites, treat and alleviate colic, and to rid a dog of fleas. Additionally, many cultures believed that fennel helped to ward off unfriendly spirits.

Fennel oil is extracted by crushing seeds of the fennel plant. Both historically and in modern times, people have used the powers of the fennel herb oil in order to improve their health and alleviate common pains and discomforts. 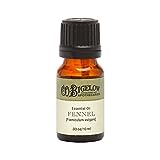 Fennel oil and the digestion

The use of fennel oil in treating an array of digestive troubles is incredibly popular. Today, many individuals use fennel essential oil to alleviate medical complaints such as:

One of the unique properties of this herb is obtained through the vaporization of the oil. When added to a vaporizer, fennel oil can stimulate appetite and hunger. This may be most helpful for individuals striving to overcome anorexia or other food-related issues.

On the other hand, some studies suggest that fennel oil can be used to treat obesity, as fennel helps consumers feel fuller.

Fennel also has a diuretic effect on the body, which can help some individuals experience overall greater digestive comfort, as this property can also help rid the body of temporary bloating / water weight.

In addition to aiding physical ailments, fennel also provides incredible anti-aging and aesthetic benefits as well. Fennel plant oil has been shown to cleanse and tone the skin, balancing the complexion.

For people with wrinkles, fennel can help smooth the skin and reduce signs of aging. In addition, fennel may even help with the appearance and healing of bruises!

To gain digestive, health, and beautification benefits, individuals can easily add fennel oil to bathwater. In addition, fennel oil can also be simply massaged into the skin.

Some products, especially lotions and creams, now commonly contain fennel oil, as such creams can often help reduce the dullness of one's complexion while enhancing the overall appearance of the skin.

Best of all, fennel helps to decrease the signs of cellulite as it stimulates skin restoration processes.

Fennel helps improve one's overall general state of well being as the oil helps tone and cleanse both the liver and the spleen.

If one has consumed too much food or liquid, Fennel essential oil can commonly help alleviate discomfort and / or side effects.

Furthermore, for new mothers who are striving to nurse their young infant, the fennel herb (not the actual oil) can be used to boost the amount of milk produced by the body.

If a woman is experiencing an insufficient production of milk as she strives to breastfeed, the fennel herb may be able to help provide a safe and natural boost.

When to avoid fennel plant oil

Women who are pregnant should avoid using fennel, unless suggested by an expert or physician.

Also, while the fennel herb has been shown to boost the amount of breast milk produced by a woman's body, nursing mothers should not eat lots of fennel until they have consulted their doctors, as problematic side effects could occur.

When I was breastfeeding, eating a moderate amount of fennel was recommended to me by my midwife and health visitor.

Additionally, people with epilepsy, endometriosis, and / or estrogen-related cancers should not use fennel essential oil. Ultimately, as the fennel herb contains large quantities of trans-anethole, any of the aforementioned disorders could become worsened or complicated with the use of fennel.

Typically, sweet fennel oil is used in many popular aromatherapy practices. On the other hand, bitter fennel oil should not be applied to the skin, as complications and harmful results could ensue.