Which is the best low carb diet?

There are several popular low carb diets around at the moment, each claiming to be the best and to have the quickest weightloss with long lasting results. The major, most well known, ones are the Atkins Diet and The South Beach Diet whilst the Dukan Diet, the Go Lower Diet, the Nerys and India Diet, and many more, are less popular, although the Dukan Diet is spreading rapidly and gaining a steady following.

The basic premise of all of these diets is that foods rich in carbohydrates are usually banned – so that includes bread, rice, potato and pasta, along with all products made with refined flour and sugar such as biscuits, cakes and cereals. There are a few exceptions though, for example, the Atkins Diet is probably the strictest in that these food groups are banned completely without exception, at least in the initial diet phases, and in the South Beach diet, 'good' versions of some of these, such as whole wheat pasta, is permitted.

A general summary of each of the diets is required then, in order to understand the differences and to evaluate which is the best.

This is the most popular. The book, Dr Atkins New Diet Revolution, has topped best seller charts in many countries and has sold over 10 million copies worldwide. The diet has four phases – Induction Phase lasts a minimum of two weeks and is the strictest, with all high carbohydrate foods being banned, including all fruits, as well as tea and coffee (unless decaffeinated) and a maximum carbohydrate limit of 15g per day set, which should come from vegetables, and mainly salad greens. Fats, however, are not only permitted but they are essential, and you are encouraged to include fats, such as olive oil, butter or mayonnaise, with every meal or snack. This diet promises that after a few days on very low carbohydrates, the dieter will be in a state of ketosis, whereby the body switches from burning sugar for fuel to burning fat for fuel, ridding the body of its stored fat.

A weightloss of up to 10lb is expected in the first two weeks, but this varies greatly from one person to the next, so a minimum loss of 3lb should be expected.

Contrary to the Atkins Diet, the South Beach Diet is based on the Glycemic Index, which is a value system given to foods based on how long they fill you up for. Strachy or sugary carbohydrates have a high GI score and therefore are not allowed, but many fruits, particularly berries, have a low score and are encouraged to be eaten. Some people argue that this is not a low carb diet, because the carbohydrate levels are too high to cause the dieter to be in ketosis, so this is controversial. People have also had mixed success on this diet too, mainly due to it being so complicated to understand and to fit in to normal everyday life and eating choices.

A weightloss of around 4lb in the first two weeks is expected.

This diet is very similar to Atkins, with one alteration – fat is not permitted either, so the diet is low carb and low fat. There are four phases with this diet too, and the first is very strict, which consists on solely protein. Vegetables and salad greens are not permitted in the initial phase, which lasts between 2 days and 2 weeks, depending on the individual dieter. After this, the dieter has days alternating between the strict initial phase, and a more lenient phase where vegetables are allowed. In both phases, low fat dairy products, including yogurts, are allowed. Another difference is that 1.5 tablespoons of oat bran daily is a requirement of the diet. This can be made into a gallette, or there are recipes available for muffins and bread, etc. An advantage of this diet is that each individual is assessed to find their ideal body weight, based on scientific calculations on the official website.

A weightloss of 1lb per day is expected in the initial phase, which will slow down to 3lb per week.

Due to the advanced weightloss, and the expert methods employed in the diet, the Dukan Diet is the best recommended low carb diet. This is due to the fact that it works quickly, is lower in fat than other low carb diets, and includes higher carbohydrate levels due to the dairy products and the oat bran, too. As well as this, studies have shown that shaking up the diet day to day is a good way of preventing stalling and health problems due to poor diets. A good multi-vitamin should be taken (without iron) with all of these low carb diets. 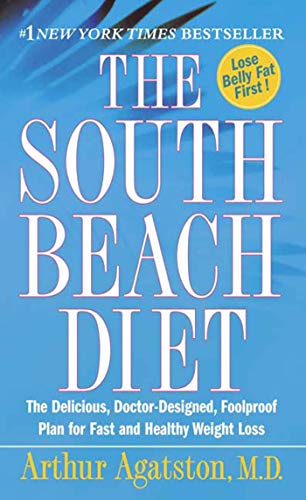