How The Common Nettle Plant Promotes Healing And Health.

Helen is from Fife, Scotland. She was a registered nurse for 27 years before becoming a care manager and trainer for health workers.

The common nettle for health and healing

Ignored and disliked as a stinging pest in the summer months, nettles have a pretty grim reputation. However, this interesting plant was once used widely by people for various reasons. Today it seems to be making a bit of a come back.

Most of us will have experienced the uncomfortable burning when stung by nettles. These fascinating plants have sharp appendages that inject like a hypodermic needle if triggered, releasing chemicals into the skin. Firstly, formic acid causes initial pain. The other effects such as redness, itchy bumps are caused by a combination of chemicals such as histamine, acetylcholine and 5-hydroxytryptamine. However, there is far more to the nettle than it's ability to sting.

Folklore and home uses for the common nettle

There are a number of sources indicating the Romans introduced the nettle into Britain. However, bones from the later Bronze age in Denmark were found to have been wrapped in funeral cloth made from nettles. It would seem that the nettle was widespread in northern Europe well before the Romans arrived.

Nettles are known to have excellent uses as animal fodder when they are cut before flowering and dried out. Although the stalk is a bit bulky animals digest them well including pigs,rabbits and fowl.

As part of the environment, nettles are known to be the main food source for the caterpillars of a number of butterfly species such as the comma, tortoiseshell, red admiral, peacock and painted lady - demonstrating well how nettles are an essential part of the ecosystem.

There are sources such as the 18th century Scottish poet, Thomas Campbell who writes about not only sleeping on bedding made of nettles but eating from a nettle fibre tablecloth. It is true that fibres from the stems were made into both linen and ropes. Many other essential items were also made from nettles: 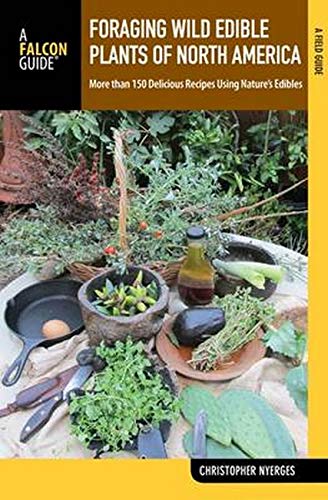 Health and healing with the common nettle

Going as far back as the ancient Egyptians there are documents showing the use of nettles in everyday life including health and healing. The Egyptians made an infusion believed to be particularly helpful for arthritis.

There is a common practice among many cultures called urtification where nettles are used to flog the skin for the health benefits. Nettles are thought to be good for:

Nettles are also known for their very high vitamin and mineral content. In fact nettles contain more iron than spinach and also high levels of vitamin C, vitamin A, potassium, magnesium. Because of the high nutrition content nettles can be used for:

In times past it was the poor, rural people in particular who would use nettles since they were available almost anywhere and cost nothing.

Nettles as well as being used in food - Roman soldiers are reported to have both eaten the leaves and used them in cooking to make meat more tender - were also used in various ways such as tea, beer and soup. The infusions made with nettles were also believed to stimulate milk production. Nursing mothers from Native American peoples would often take mixtures made from nettles. Even before the baby's birth the tips of the leaves would be nibbled on or made into a drink to help with an overdue labour - nettles apparently help relax the muscles so stimulating the birth.

In cooking, nettle leaves can be used for soups, quiches or the leaves served as a vegetable. Many people are now turning back to the nettle as not only a cheap food but an extremely healthy one as well. In addition, medical research is currently underway to determine the properties of the nettle in relation to helping the pain of arthritis.

So when the nettles start to come out again later in the year, instead of just brushing them off as a pest, take a little time to study them and appreciate this healing and healthy gem of nature. The ecosystem and our own health would be worse off if we didn't have the stinging nettle around.