The Day I Ran Into A Burning Building And Saved Two Girls!

A Fire Can Happen So Quickly!

It was a normal Sunday, and I was just doing my usual Sunday stuff, cleaning and cooking. At about 1.30 in the afternoon I had just started ironing. I was facing sideways onto the kitchen window. I live two floors up, so If I look out the window I can see the grass, alleyway and allotments.

Suddenly, drifting up past my window I saw what I believed was the steam from the central heating coming up from the flat below.

I turned back and carried on ironing. Suddenly, out the corner of my eye I saw black smoke. I leaned over the sink to take a look and saw that it was billowing out the kitchen window down below me.

I turned off the iron and ran to the door. Rushing down the hallway stairs, I jumped outside and ran to the left, pushed open the main door to the flats, and banged hard on their front door, where the fire was by this time, billowing black smoke and flames out of the window.

'IS THERE ANYBODY IN THERE?' I shouted. Looking through the letter box I suddenly saw two girls, about 12 years old, at the end of the hallway. They looked terrified! The Smoke and flames was coming out of the kitchen doorway to their right, and my left.

I yelled 'GO OUT THE BACK DOOR, I WILL CALL THE FIRE BRIGADE HURRY'

But they didn't move. They were scared to death. So, I tried the front door, luckily it opened. So I rushed in, grabbed the girls by their shirts and dragged them back through the doorway!

Phew! That was close!

Maybe I should have taken them out the back door, but by this time there was only smoke coming from the kitchen as the flames had gone back into the kitchen and was heading for the main windows.

The Calm After The Fire.

I got the two girls outside the front of the flats, and sat them down.

'Are you okay? I kept asking. But they were too shaken up to do anything apart from nod their heads.

I didn't have a phone at the time and started banging on people's doors.

'Fire I need to phone the fire brigade, quick'! I yelled.

Luckily one of the neighbors was in and quickly phoned them. By the time I got back outside one of the girls mother's had appeared from a friends house. One of the girls was Spanish and the mother couldn't really speak English, but she knew two words.

By this time we had calmed down a bit, and I asked the girls 'What where you doing that would cause it to start burning?'

One of them replied 'We had put some chips on to cook, but we had gone in the bedroom to watch TV and had totally forgot that we had started cooking'. She said.

She was still shaking, so I thought it wasn't a good idea to start talking about fire safety!

The Spanish girl, Maria, who lived in the house was taken into the Spanish mothers friends house and then the fire brigade arrived. Jane, the other girl went with them.

By this time I had calmed down and watched as the fire department pulled up. Chaos reigned as the fire guys got out the hoses, made everybody stand back and started to put out the fire.

After answering a few questions I went back indoors to let them get on with it.

As I was on my own in my house I grabbed a drink and carried on ironing! The fire, even though it was below me, was one door up so it never affected my part of the building.

In fact after the event I was told that most of it was smoke damage, and the actual flames were situated on and around the chip pan. The reason why the flames were coming out of the kitchen door was because they had a window open, so the air was being pushed out into the doorway.

Funnily enough everything seemed to calm down after that, and nobody mentioned it again!

I never got a thanks from Jane's parents, and the Spanish family moved back to Spain a few weeks later.

But I do speak to the English girl most days. She has said thank you many times since then, and we are really good friends now. In fact I was chatting to her today.

Many years later, I was walking from my house towards the town when, looking up, I saw all the Spanish family coming towards me!

They were visiting friends in England and had come round to show them the old house.

They saw me, and the next second I was grabbed and enveloped in one huge group hug, with Spanish voices saying in broken English, 'Thank you for my daughter' Then it was a garble of Spanish again, but I did recognize a few more words, one of them was 'Hero'.

I smiled, shook all their hands and we parted, me with lots of pats on the back, and them with great big smiles on their faces.

After we said goodbye I felt as if I was walking on air.

I had saved their daughter, Wow! It was only then it hit me. I had changed their lives. 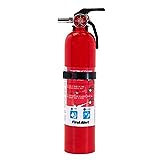 But just remember, when you are yelling at them, always yell the word FIRE so they are aware that there is danger. They may not know and run towards the door to see who's there. And that can be fatal.

Last but not least don't do anything stupid like running into a real inferno fire. In my case it was big, but centered in the kitchen, which was pretty lucky.

If the flames had been billowing out the kitchen door I would have run round the back and grabbed them, luckily there was only smoke at the time and there was enough room so that they could reach the door.

And one last thing. Never ever block the main doorways. No bikes, pushchairs or trolleys. You have to keep a clear head and a clear pathway.