Character is like a tree and reputation like a shadow. The shadow is what we think of it; the tree is the real thing. - Abraham Lincoln

A Giant Among Men!

Abraham Lincoln in my opinion, most certainly deserves his place on the list of the greatest people in history. His name alone, to most, when mentioned causes a range of positive adjectives to spring to mind. Words such as - Integrity, eloquence, freedom, excellence and equality for all men to name just a few. Truly deserving of a place on mankind's greatest people in history list, but it wasn't easy for Lincoln coming from the modest background that he did, even so, despite the myriad of opportunities and reasons not to become anything worthwhile, Lincoln went on to become arguably the greatest president in American history.

A Lesson from Abraham Lincoln

I write this article not merely to teach you of Abraham's greatness or of his hugely successful presidential term, in which he was responsible for making the decisions that helped the American people coalesce into a united nation as well as abolish slavery. My purpose here is to share one of the primary obstacles that could have prevented him from becoming such a man, were he someone with no vision or determination. I shall present a part of his life in which he was faced with adversity, after which I will extract the lesson that we may learn from his overcoming of the problem and present it to you so that you may perhaps use it as a lesson for your own life. All the greatest people in history have endured strife and struggle on their journey to greatness; so much so that it would seem overcoming adversity is a prerequisite for greatness.

How Much do You Really Know about Abraham Lincoln? 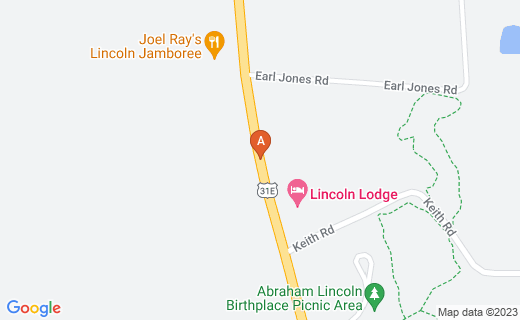 On February 12, 1809 Abraham Lincoln was born to Thomas and Nancy Hanks in a crude log cabin, on a farm in Kentucky. The middle child of three children, however, his younger brother, Thomas, died while he was still fairly young and that left Lincoln and his sister Sarah who attended school together during the winter months. Although many people are under the misapprehension that Lincoln was born into poverty, the truth is, even though his family lived in a log cabin, it was fairly normal to do so in those days. Education was hard to come by, however, they were always well-fed and clothed.

Here we come to the first life lesson, albeit a somewhat small lesson. It still matters.

Mini-Life-Lesson: Abraham Lincoln had a fairly innocuous childhood although he did lack the benefit of any real schooling which I shall cover in the next section of this hub. The lesson you can take from this first part though is in these words from the late Jazz singer Ella Fitzgerald,

"It's not where you came from, it's where you are going that counts."

A Lack of Education - The Greatest Obstacle to Lincoln's Success

Both Nancy and Thomas Hanks were poorly educated and could neither read nor write which meant they were unable to teach Abraham, or even help him with the very little homework he may have brought home from school each winter. Nancy encouraged Abraham and his sister Sarah to study and focus on their education, however, Lincoln's father wanted him to stay home and do chores most of the time, leaving very little time for Lincoln to go to school.

Of his education and opportunities for it Abraham said:

"There were some schools, so called; but no qualification was ever required of a teacher, beyond `readin, writin, and cipherin,' to the Rule of Three. If a straggler supposed to understand Latin, happened to sojourn in the neighborhood, he was looked upon as a wizard. There was absolutely nothing to excite ambition or education."

Lincoln had a voracious appetite for knowledge and devoured as many books as he could get his hands on, in fact, he was famous for his long and arduous treks of sometimes as far as 20 miles to either borrow or return books. His favorite books were Robinson Crusoe, Pilgrim's Progress, and Aesop's Fables. Obviously, Lincoln was never satisfied and continued his search for more knowledge. A clearly determined man, he managed to get his hands on a history of the United States, George Washington's biography and some of Shakespeare's plays which he was passionate about and able to recite long passages from memory.

Abraham's self-education continued and eventually he even taught himself the law and became a successful attorney and state legislator in Illinois, a position which was to play a pivotal part in his rise to greatness.

Perspectives of the World Regarding Honest Abe 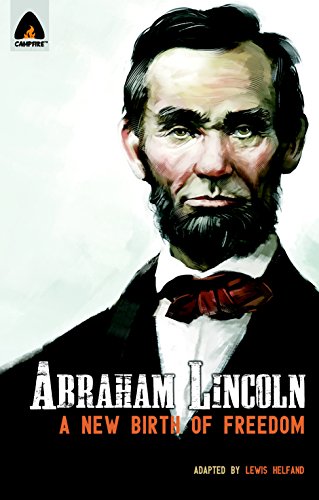 Lincoln's Lesson: Educate yourself. Whether you have a formal education or not, there is always room for more knowledge in that great storehouse of your mind. Remember, back in Lincoln's day there was no Internet, no car, bus or taxi to take him on his journeys to pick up books and learning material, you have the Internet and the wealth of free knowledge it has to offer. If you, like so many others, are dissatisfied with your career then take inspiration from this great man and emulate him, not as a president but as a self-educator who doesn't settle for what life may bring his way, and instead seeks out knowledge to further his life.

Taking courses and attending university can be extremely time-consuming and means you have to severely limit your life due to the time constraints involved. However, when teaching yourself, by using material written by teachers and those who have already succeeded in an area you are interested in, you decide when you learn. You are both teacher and student and can choose to learn either a wide-scope or a narrow one which would make you a specialist in the area of your choosing.

No matter what age you are, education and growth to a greater version of your current-self is still possible through perseverance and an unquenchable thirst for knowledge.

The things I want to know are in books; my best friend is the man who'll get me a book I ain't read. - Abraham Lincoln

I implore you to seek out the knowledge that will drive your life onward into greatness. Your life will bear so much more fruit, should you just put in a few minutes or an hour a day to read and learn.

Freebookspot - This site is filled with a variety of free books for download and online reading.

Scribd - An awesome site filled with documents and pdfs for free download as long as you are a member. I highly recommend this site (I'm also a member).

Who has been the most influential president in American history?

Do you know of any other great people in history that I could write about?