The Healthiest Diet That There Is

This tells about the healthiest diet. In most articles you have to decide if you trust the person or not. This is very different than that since you will learn the science behind it so you can decide for yourself.

First does the word diet mean something that you eat for a time to get a certain effect or to what you normally eat? The answer is yes. Diet has more that one meaning and both apply. So you can say that diets do not work so adopt a good diet. This article was written November 11, 2015.

How do all animals know what to eat? Simple question. I can say that I taught them all, but you would find that hard to believe. The animals know what to eat by what tastes good to them. For example meat-eating animals love the taste of meat and blood. Now it is important to know that since you have an animal body. Note that I did not say that you are an animal because maybe you are not a physical body but a soul. You have to admit that animals are very different than humans.

So how do you decide what is the healthiest food. The same way that the animals do. Just eat what tastes the best. But man has the genius to make food that tastes good to the rat but kills it. It is called rat poison. So you follow that rule but certain other rules apply. Now I do not expect people to follow this diet. So why I am giving it? So you can decide what is the healthiest food to eat.

So here are the conditions to this rule. This only applies to the way that wild animals eat food. First the food must be raw. No wild animals cook their food except baboons. That is a joke. So are you seeing how science and common sense enter into this. Also wild animals do not mix foods. They only eat foods alone. So these are the simple rules.

I have heard that any toxic food that is eaten raw and alone will taste terrible. So toadstools can kill you but you would not eat them unless you cooked them and added things to them. So this applies specifically to you since you may hear a food is really healthy but you may hate the taste if it. Now do you realize how valuable this information is. In fact who knows the psychological damage done by forcing a child or kid to eat something that he/she does not want to eat.

So to repeat this, it only applies to food that is raw and eaten by itself. Now eating food by itself also accomplishes something else. You cannot eat too much of it. When you eat some organic raisins and some organic pumpkin seeds you can eat too much where it is bad for you and you put on extra weight. If you eat them alone, you will not eat too much and put on weight. You can try it it out as much as you want. A lot of times I will only eat one food at a time like watermelon. So, like I said, just try it out and you will stop eating the food when you have had enough of it.

So if you find any meat or insects that you like the taste of raw, then go to town (eat as much as you want). Remember that animals do not know anything about nutrition. They just eat whats tastes good. Now some of these fruit taste so good that you do not want to cook them and are happy to eat them alone.

Have you heard of anyone eating watermelon cooked. Well they should since science say that more lycopene is available eating it cooked. I have an article called Health Benefits of Eating Watermelon. Apparently the U.S. government wanted to test how much more available cooked lycopene was than raw lycopene. They found that it was not. It is a myth. You can see for yourself by going to that article. Probably the myth was started by a rigged study done by a tomato sauce company. Can you see why this is the healthiest diet?

If you abandoned on an island and do not know what is edible, you can follow the above. So this imformation can save your life.

Use The Information That You Have Learned

Now you can use this information to know, not believe, what food is the healthiest for you. Please be aware that eating certain foods can change your taste in food. Keep that in mind. But one thing that can return your tastes to normal to a certain extent is fasting. Even though I have been fasting for many years, it is only a year ago that I realized that everyone fasts while sleeping.

I was reading the study of how when you sleep, the brain cleans out the toxins at an accelerated rate. Although I knew that the first meal of the day was called break-fast which is what they call stopping the fast. See my article called The Many Benefits of Fasting.

Also people think that salt tastes good. They know from studies that salt is as addictive as smoking and heroin. It cannot be raw since it is not food. Food for animals is living (or dead) things. But if you eat salt alone does it taste good or does it taste like poison. It does taste salty. I have written about this diet before but I keep learning more and become a better writer. It also funny that it took me this long to realize that wen you are sleeping.

Now if you followed this and tried out salt, then you would see that it is bad for you. I knew this for a while that if you 4 ounces of salt (even Himalayan salt) in a quart of water and drink it, you would die from hypernatremia-- too much sodium. But what I learned recently is salt is the cause of all high blood pressure, hypertension and hardening of the arteries. People and animals that consume no salt never get high blood pressure.

Now do not get me wrong. I know that salt saves lives. You put in on pavements and streets where there is ice. Also it is biblical. They rubbed into the wounds of Jesus to make them hurt more. Salt kills life. There is no life in the Dead Sea because of salt. My article has conclusive proof that salt causes all high blood pressure. See How to Live 30 Years Longer. Note that the above has been called the instincto diet.

The End of Dieting by Joel Fuhrman M.D. 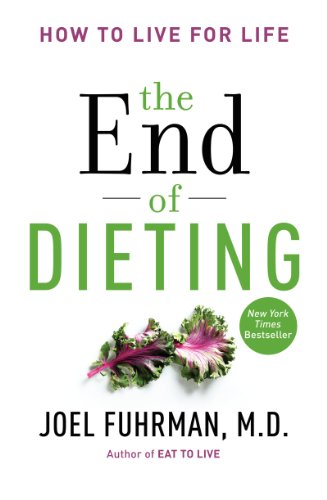 The End of Dieting: How to Live for Life (Eat for Life)
In The End of Dieting, Joel Fuhrman M.D., a board–certified family physician who specializes in preventing and reversing disease through nutritional and natural methods, and #1 New York Times bestselling author of Eat to Live, Super Immunity and The End of Diabetes, delivers a powerful paradigm-shifting book that shows us how and why we never need to diet again. Fuhrman writes, "By reading this book, you will understand the key principles of the science of health, nutrition and weight loss. It will give you a simple and effective strategy to achieve—and maintain—an optimal weight without dieting for the rest of your life. This new approach will free you forever from a merry-go-round of diets and endless, tedious discussions about dieting strategies. This is the end of dieting."
Buy Now

Raw Food Made Easy for 1 or 2 People, Revised Edition
Raw food recipes are a wonderful option for busy, health-conscious people who love to eat. They require no actual cooking time and can be ready in a matter of minutes. Or you can prepare many of the components to a raw feast in advance so you always have a grab-and-go meal ready when you're hungry. And because the recipes are raw, the ingredients are loaded with everything Mother Nature intended us to enjoy: vitamins, enzymes, fiber, and scrumptious natural flavor.
Buy Now

Eating Instincto Includes Roadkill Rabbit if You Like it 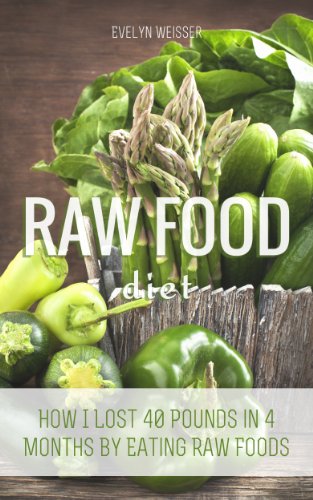 How I Lost 40 Pounds in 4 Months by Eating Raw Foods
Free if you have amazon subscription or $2 to get the kindle version. Curious about the raw food revolution? This book is your guide to kick starting a successful raw food diet at home and enjoying all the benefits of eating raw - including noticeable weight loss. I lost a remarkable 40 pounds in a short period of time and can testify to the simplicity and effectiveness of all-natural nutrition. In fact, with NO calorie-counting or special rules to follow, this is the one diet that’s dummy-proof!
Buy Now