The Shocking Truth about Cancer Statistics

I've heard conspiracy theories about how health agencies and the medical associations skew the numbers on cancer.

If a person dies of multiple causes, they pick one that is not a cancer or a cancer treatment.

That may or may not be true. I don't have the time or resources to verify such a claim. 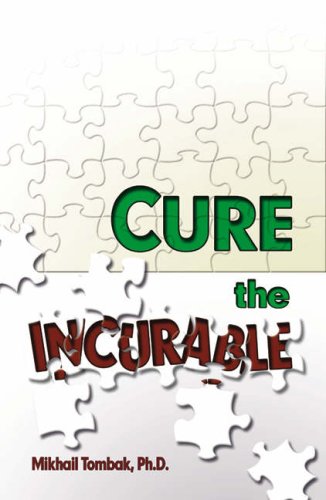 Mikhail Tombak, Ph.D. extensively studied Tibetan, Chinese and other Oriental alternative medicines to become one of the world's greatest authorities on health, longevity, and human body in general.

Certainly, there are entirely too many unsubstantiated conspiracy claims bouncing around the planet. Be that as it may, something sinister is certainly afoot.

What I was able to do, however, was to check one supposedly reputable website for their statistics.

I decided to live "dangerously" and check out the World Health Organization website dedicated to cancer research—www.iarc.fr.

The following map was generated through their website. I have modified it to match the color scheme on another map showing the GDP.

And here is a similar map showing the GDP internationally. Notice the striking similarities between the two maps. Does this tell you something?

It seems also that poor countries with high incidence of cancer are heavily aligned with the West. For example, New Caledonia and French Polynesia are both French.

How could prosperity and alignment with the West cause more cancer? Or is this merely a case of tragic and gargantuan coincidence? Could the cancer rates be based upon what the majority of the population eats?

Ever since the Rockefellers branched out from petroleum to petroleum food additives and other products for the body (cosmetics, sun tan lotion, etc.), the citizen health of Western-aligned countries has declined.

Granted, this is not a thorough, peer-reviewed research paper, but the alignment of Western wealth (and its associated food habits) with rates of cancer is compelling at first blush. Could there be another reason for this apparent alignment? I'm sure the pharmaceutical companies would love to come up with a few suggestions and to make them sound very convincing. To protect the bottom line, I'm sure they've become quite expert at it.

Think about it. If natural cures were to be made legal, the pharmaceutical giants would be out of business. And some of those cures have been proven to be quite effective. Would you trust the pharmaceutical companies and their FDA cronies to tell you the truth about those cures? With billions of dollars at stake, I think not.

The FDA was a good idea—protect the public. But the bad hats are good at creating a scare and then offering the prepackaged solution. It doesn't take much money to set up a charlatan, have them kill a few people with quack cures and then to pass a law against such things. The good is swept out with the bad, and the ones in power get to say what can be outlawed—based on economics, not health.

Kinda gives you a warm and fuzzy feeling about your nation's drug pushers—the medical doctors and the pharma corporations which fund medical schools and which give those doctors additional perks. And let's not forget all the contributing parties:

• Pharmaceutical corporations
• Medical doctors and AMA
• Rockefeller Foundation (they started the ball rolling in 1913)
• Petrochemical industry
• Food industry (and all those food additives)
• FDA (the agency which protects the industry; not the consumer)

They had better make the money while the getting is good. Some of the warning signs in Revelations have already been checked off. We're going to be in for a bumpy ride, thanks to these greedy beasts. Those who make it to the other side will have the Kingdom of God to look forward to. And the New World Order these guys are clamoring for? Ground into dust. Sort of poetic justice, if you think about it. But we mustn't forget to think kind thoughts and forgiveness for the poor, misguided greedies. They know not what they do.