The Three Best “Feel-Good” Inventions of All Time

Don’t worry: this is not mere praise of a few cool gadgets, or an argument for which pieces of technology have had a larger impact on the people of the world. Of course laptops, the internet, cell phones, and maybe even Snugglies have changed the world, and of course there’s the telephone, the automobile, and electricity: blah, blah, blah.

All of these inventions are wonderful in many ways, and they’ve all become such an integral part of our daily lives (except for Snugglies) that we’ve all become quite accustomed to them. We have to think for a moment how much we’re able to do with them; we have to imagine how amazing they’d be to almost every generation before ours.

I want to call a little attention to the three things that you can appreciate without thinking about much at all. Probably more than once you have felt these things make a difference to your day and even your life. You don’t have to think about it; you feel it. Maybe after reading this you’ll have a new appreciation for them.

The top of the short list, because it is the most common, is hot showers. In all our lives haven’t they – occasionally – felt like heaven? Most times you’re in, you’re out, and you’re off to work or to bed, but there are some times you want to stay in there forever. How about when you’re sick with a bad cold or a flu, and you lean your forearms against the front of the shower and just let the hot water rain on your face and open up your sinuses? C’mon, admit it: you’ve probably stood there near motionless until the hot water tank ran cold, haven’t you? Or how about when you’re really, really dirty? I’m talking about dirt and grime and dried sweat and maybe something extra like fish scales or fiberglass dust . . . Or when you wake up with a stiff back, or sore muscles, or – so I’ve, uhm, heard – a hangover? How about in the winter, when you’ve been outside all day or maybe all weekend, and you have to start the shower a bit cold because too hot too soon just plain hurts? In all these situations, doesn’t your mind shift into neutral? Don’t you go into some kind of altered-state hypnosis, some kind of a soft trance? Every day a hot shower feels good, but some days a hot shower feels really, really good, deep in your bones.

Second on the list is air conditioning. Since I live on a small boat I live without it, for the most part. I live in coastal Maryland, where summers are hot and humid. No, it’s not like Death Valley, but it was here, not on tropical Guam where I lived for two years, that I coined and often used the descriptive phrase, “punishing hot.” Yes, we all appreciate that AC makes it easier to work, sleep, live, and so on. You don’t have to think about it, though, do you? When it’s hot outside, and your clothes are melting onto your body, and you walk into a space with AC, what do you think? If you’re like me, you probably don’t think much at all for a few seconds. Here in Maryland, on those days the radio warns everyone to stay inside, and I walk across a frying pan parking lot into a 7-11 convenience store with turbocharged AC, my mind pretty much just stops for two or three seconds. The cool air rushes all over my skin into my pores and envelopes me with instant relief, everywhere on my body, even inside my body, in my lungs. No, I don’t stumble and bump into people or walls, but for that moment, I don’t care about a thing in the world. If someone was standing there in my face and said, “You win! Here’s a ba-zillion dollars!” or “I don’t know why, but here are 27 super-hot, wanton women waiting for you!” . . . I wouldn’t care. For the moment I am being washed in AC relief, I can’t be distracted. Not won’t; can’t. That’s why I love AC: you can feel its goodness, its luxurious comfort, without a thought in your head. 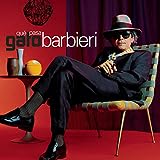 Third on the list is recorded music. CD’s, MP3’s, and yes, radio, have brought more music, and better quality music of all kinds (I’m talking pure talent, including vocal), to more people than not almost every but clearly every generation before ours. Myself, I love smooth jazz, always have and always will. To me, it sounds like the soundtrack to an enjoyable life. Imagine me and my sailboat and a friend or two, out on the bay on a sunny day, moving along under the big blue sky, rolling in rhythm with the waves, relaxed, sometimes talking with each other, sometimes just letting our thoughts roll around in our heads, and in the background, from the boat’s stereo, rich yet mellow music wafting quietly out over the water . . . and it somehow sounds like the afternoon itself. Moments like this are when I feel not only the beauty of music but also the wonder of it all. That it exists, that it can be so sophisticated in resonating within the human heart, that countless people have contributed major parts of their lives to the evolution of musical knowledge and skill and electronic circuitry, that it can be recorded and shipped digitally to the other side of the world and played easily on a small boat out on the water . . . damn! The thoughts are secondary; as I do a little shimmie and shake as I sit and steer the boat, I feel it.

A hot shower, cool air conditioning, and good music: simple but deep satisfaction, daily, for many millions of people. We all enjoy these, but we can appreciate them more when we remember that they are not merely good things; they are luxuries.

Do I feel guilty? No. Do I feel ashamed? No. Hedonistic? No. Sympathetic? Yes, yes I do. Do I revel in my simple luxuries, do I feel wealthy when I step out of a hot, hot shower into the cool comfort of an air-conditioned home, a home filled with beauty and life by the lilt of music in the air? Yes, yes, yes, I do. To paraphrase a famous line, “Here, by the grace of God . . .”