The health benefits of Lavender essential oils and soap

The name for lavender comes from the Latin word "to wash", lavere, because it was used in ancient times in baths and spas.

The plants grow easily in many different climates, although originally Mediterranean in origin. Luckily for us, the oils created from lavender flowers are cheap and easily available.

It takes approximately 105 lb of lavender flowers to create a pint of lavender essential oil (compare with jasmine oil, which requires more like 1,000 lb of flowers for one pint of oil).

Today lavender is a popular and versatile aromatherapy oil, with many different uses. This article sets out some of the health benefits of using Lavandula angustifolia at home.

This is often seen as the greatest benefit of lavender, both in dried form and in essential oil form. Lavender oil smells good, and is generally thought to induce a feeling of relaxation and calm.

For this reason, it's a very popular ingredient in aromatherapy bath bubbles and soaps, and because it is gentle on the skin, is often found in bath products for babies and children. Lavender soap has been used for centuries, and is still popular today

There is some good scientific evidence that suggests lavender does indeed produce relaxing brain waves, and a wealth of time-honoured use of lavender for just this purpose.

Make sure, if buying a product with lavender in it, such as soap or bubble bath, that it does contain actual lavender, and not just some artificial lavender smell. 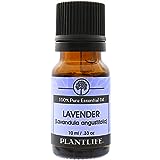 There is some scientific support for the traditional aromatherapy idea that regular use of lavender oils can help combat anxiety.

Lavender oil is a common ingredient in children's bath oils, but a few drops of the essential oil can also be added to a bath.

Lavender essentials oils can also be used regularly to help lower aggression levels in people with Alzheimer's. This is a relatively new use, but an increasingly popular one among aromatherapy practitioners. 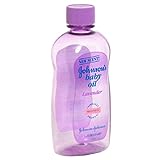 Lavender oil has a powerful antiseptic and anti-microbial effect.

The oil can be put on cuts, grazes, wounds, stings, bites and minor burns (including sunburn) to promote rapid healing and help prevent infection.

In addition, lavender oil also be used in combination with other oils with similar effects, such as tea-tree oil.

It also has a mild analgesic effect, so as well as helping the skin heal, it will reduce pain and inflammation. All these attributes in one gentle aromatherapy oil make lavender essential oil a valuable addition to any household first aid kit.

Scars tend to heal better and be less noticeable with the use of lavender oil.

A recent review of scientific studies into the use of lavender essential oils concluded:

Lavender oil (primarily L. angustifolia) has been found to be active against many species of bacteria, including those resistant to antibiotics such as methicillin-resistant Staphylococcus aureus (MRSA) and vancomycin-resistant Enterococcus (VRE).

The full report can be seen in the link to the right of this text.

Clearly, lavender oil shouldn't be used if a cut or burn is serious enough to need stitches or other medical treatment!

Lavender has been used for centuries to aid a good night's sleep, either to scent bed linen after it has been washed, and while it is stored, or added to a pillow in oil or dried form.

There is evidence that lavender does produce feelings of relaxation and drowsiness - see, for example, this article in Psychology Today for details of experiments done with lavender oils.

Lavender, whether used as herb in cooking, taken specifically for the benefits, or drunk as herbal tea, has traditionally been held to aid digestion and alleviate internal discomfort.

Some people who like the smell may not like the taste, but lavender tea is widely enjoyed as a refreshing and relaxing drink.

Those who should avoid lavender oil use

Pregnant and breastfeeding women should be aware that the use of laromatherapy avender essential oil cannot be shown to be safe, and should only be used after specific medical advice is taken. Lavender oil can induce uterine contractions, which renders it inadvisable for pregnant women.

Internal consumption of lavender should be avoided for babies and young children, unless a small amount is used as a herb or food flavouring only.

The consumption of lavender essential oil isn't recommended by most doctors and scientists.

Lavender may increase the effect of sedatives or other such drugs, and care and medical advice should be taken if lavender taken internally may interact with other drugs.