Random Inspirations are a collection of writings about things that have inspired me in any aspect of life.

It's strange, the lessons we learn in life and where they come from. Today I was trimming the hedge that runs the length of my garden just to the left of my backdoor. It hadn't been cut in a long time and was getting extremely unruly; growing in all directions. I had the option of using the electric hedge trimmer to do this task, but instead I chose the safer option for my unskilled hands; shears. Its a strange concept, but before I touched a single branch, the hedge and I had a chat, a one to one, almost a one on one. Mentally I stabled myself, took a deep breath and began cutting away furiously. Perhaps even venting my anger and fighting the hedge because it isn’t the done thing to stick my shears in the people who frustrate me in life. I even broke the shears at one point, but managed to fix them. I soon calmed right down and started enjoying the job. Later I thought about it and realised the hedge had taught me something about life.

Imagine life was simply just you and a hedge. The powers that be put the hedge there and then put you there with some shears. Now, the hedge grows at a rapid rate, totally out of control and all over the place; it needs to be trimmed. The powers that be however have been kind enough to give you some shears and even if you break those shears they have bestowed upon you the ability to fix them. Sometimes while you’re chopping away haplessly at the hedge, you cut off too much, miss a bit or you can't seem to get the shears to cut right. In the end the hedge isn’t how you pictured it, how you wanted it. But those powers that be who landed you in this eternal frustrating situation did one more thing; they gave the hedge the ability to keep on growing. The hedge grows again and soon enough you get another shot at trimming it exactly how you want it. If you screw it up again, it grows back and you can try and try. After a while you learn the trick on how to trim it just right and then comes the pleasure, a job well done perhaps, and suddenly trimming the hedge is not a chore anymore. Now it feels like you and the hedge have an agreement, you understand each other. It does what it's here to do; it grows, and when it gets out of hand you trim it. Finally when it’s all shaped exactly how you wanted it you feel pretty damn good!

It seems the whole scenario is just a gardening metaphor for life. You can try a million different things to make yourself happy and screw it all up along the way, but the powers that be always give you another chance at doing it right. Sooner or later you’re going to learn how to shape life exactly how you want it but it wont be easy. Just like hedge it will become unruly and chaotic but you have the tools to succeed, your shears, and you can use them. Even if it gets so bad your shears break and it seems like nothing can fix the situation those same powers that be gave you the ability to learn, problem solve, fix thing and carry on. At the end of the day when you have life exactly how you want it cause you’ve spent the time learning how to trim it to perfection, it doesn’t seem like such a chore anymore. Life is fun and you love it! You love living; the ups and the downs, the set-backs and misfortunes. You love it because you know that whatever happens, you have the means to fix the problem and control that hedge. In the end when it’s just how you want it and you’re fearless, that is the ultimate pleasure. 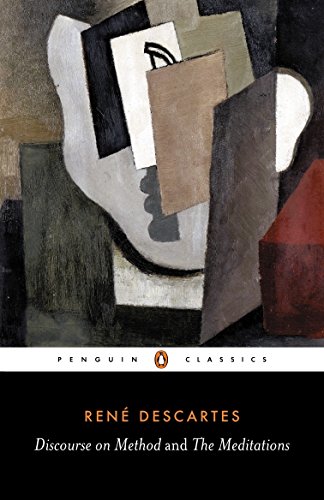 Discourse on Method And The Meditations
Buy Now