The Reality of Moving Overseas

Are You Moving Overseas?

Anyone who decides to move overseas can expect two extremes. One is the embrace of a new culture and the other is depression and confusion while moving into a different space. There are large shifts and adjustments that take place over a short period of time. Culture shock, adjusting to the culture and adapting to a new way of life can be difficult, especially in the first two years. Learning how to adapt to the culture is one of the most important aspects of deciding to make the move while sticking to the changes that you are going through.

Two years ago, I decided to move to India out of a love interest. I was from Colorado and was very used to the American style. While I was a happy traveler, living became a very different story. I found myself having to re-learn simple things, such as how to eat, how to live and how to get along with people through language barriers and confusing concepts. There were many instances where the cultural differences felt like I was learning everything from 2 years old there. The chaos that surrounded me at many times didn't allow for me to enjoy the stimulation of the culture.

Psychologists have seen that there are specific cycles expats go through before they adapt. If the tools aren't there for the adaptation, then it can become difficult to move into a culture. Many expats (if they have a choice) may decide to leave a situation because of the cultural shock and the inability to go through levels of adaptation.

You want to create an expat tool set that helps you to get over the culture shock and to adapt at a much faster pace. You will want to learn how to adapt to situations, how to deal with the changing culture and what to do in order to savor relationships that you are involved with. This tool set is psychological. It helps you to create new perspectives while working past the basic culture shocks that occur over the first two years of your move. This will help your process for moving speed up and become easier for living and working. 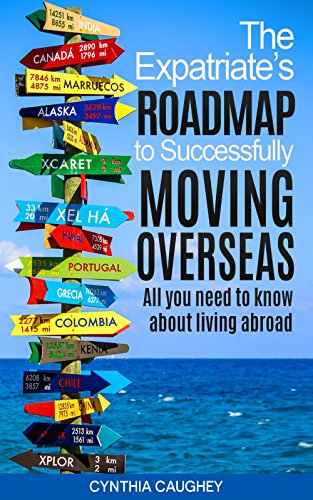 The Expatriate's Roadmap to Successfully Moving Overseas: All You Need to Know About Living Abroad
Buy Now

It has been shown that there is an expat cycle that every individual deals with. The first is the excitement of leaving as well as the difficulty of leaving home. This is followed by culture shock, usually which lasts from 6 months to 2 years. This particular phase is one of the most difficult and often leads to isolation, depression, anxiety and stress. Expats that are in this phase will either begin to change and adapt or will leave at this point. After this point, an expat will begin to adapt to the culture while overcoming the shock and changes that have occurred.

Get Help as an Expat

The Importance of Getting Help

The nature of most expats living overseas is to not get help and to try to deal with the problem. In fact, many believe that most expats are Type A personalities. These are the leaders in the community that try to get through everything. Many don't account for the personal stress that they are facing. However, the psychological and emotional adjustments require tools . More important, the adjustment can be one of the most stressful you deal with, making it just as important to consider getting support.