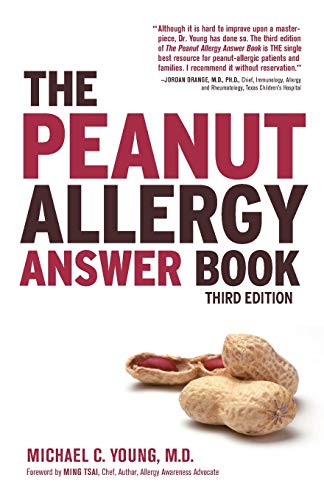 Chinese medicine is an approach to healing that combines herbal cures with bodywork to promote health. This form of medicine may be used to treat anything from the common cold to serious ailments such as infertility. One of the things that people are starting to seriously consider using Chinese Medicine for is the treatment of food allergies. Of course, Chinese medicine has been used to treat food allergies for a long time in areas where this form of medicine is regularly practiced. New studies are showing that this form of treatment could be beneficial to people who haven’t traditionally used Chinese Medicine as a cure in the past.

The form of Chinese Medicine that has become increasingly popular due to such studies is called FAHF-2. This is an herbal formula that combines two different Chinese herbs together. The two herbs that are used in this formula are Wu Mei Wan and Ling Zhi. Wu Mei Wan is a traditional Chinese medicine for treating gastrointestinal problems. Ling Zhi is a traditional Chinese medicine known for both anti-allergy properties and anti-inflammatory properties. Together, these two herbs may be good at curing certain food allergies. These herbs have been studied in clinical trials since 2005 and show increasing possibility for treating food allergies. In particular, it is believed that FAHF-2 is a viable cure for peanut allergies.

A little bit about peanut allergies

Approximately one percent of the United States population suffers from a peanut allergy. This may not sound like a lot of people but one of the things that it is very important to understand is that peanut allergies can be very serious. Someone who is allergic to peanuts and has been exposed to them can suffer a severe response. They can go into anaphylactic shock and may even die. In fact, over three fourths of anaphylaxis cases are related to peanut allergies. There is currently no known medical cure for peanut allergies. However, many doctors believe that it is possible that one day we will find a way to immunize children with this problem against having severe allergic reactions to peanuts. It is possible that FAHF-2, the Chinese medicine that is being explored as a food allergy cure, could be just what is needed to establish this immunity.

Studies of FAHF-2 for peanut allergies

This herbal cure might be effective in treating other food allergies in addition to peanut allergies. People who take FAHF-2 may be able to use it to resolve food allergies including allergies to tree nuts, fish and shellfish. All of these things are being studied in the human trials of FAHF-2 that are currently taking place.

Barriers to this medication

Chinese herbal medicine such as FAHF-2 has traditionally faced a number of barriers to entering the market. There are two key barriers that may prevent this cure from becoming a standard cure for peanut allergies:

1.     Resistance to Chinese medicine from the medical community. Unfortunately, there remains some level of disconnect between the modern medical community and practitioners of traditional Chinese medicine. Many doctors still believe that there is a major difference between prescribed drugs and the herbal medications prescribed by these healers. Some of them remain opposed to the use of herbal medications in the Western world. Luckily, this attitude is changing as more and more doctors realize that there may be more than one approach to solving problems for their patients. However, the release of FAHF-2 into the market remains potentially limited because of this ongoing issue.

2.     Regulation of herbal medications isn’t standard. The other major barrier to the use of this Chinese medicine as a treatment for peanut allergies is the fact that it is not currently considered a formal medicine. It is considered a dietary supplement which is not monitored or regulated by the FDA. This fact prevents some people from choosing to take this form of medicine. As human trials of the drug move forward, it is possible that this will change.

Currently this Chinese medicine is still being tested out and isn’t available for sale on the market. However, you can talk to a local acupuncturist or Chinese medicine practitioner about this cure. He or she may be able to assist you in finding the right combination of herbal medication to treat allergies to peanuts and shellfish.

So will you be able to eat peanuts if you get this medicine?

FAHF-2 has shown the potential to actually immunize patients against food allergies including peanut allergies. However, it would not be recommended that patients move forward and intentionally consume the foods that they are allergic to. Instead, this would be a preventative measure to help patients avoid allergic reactions to accidental consumption of peanut products (a common problem since peanuts are often used in cooking).

Peanut allergies are rare in China. In fact, they are almost non-existent there. How interesting it is that Chinese medicine has found a cure for peanut allergies before Western medicine has even though it’s not a significant problem in this part of the world!