My 1st pregnancy, my 1st baby meant a lot more to me...
I never forget the mixed feelings I had to carry along through out the whole pregnancy. Many thanks to my husband and my family who supported me along the pregnancy journey. Every woman in the beginning of pregnancy will always have this doubt: will my baby be healthy? This anxiety is common for those who conceive at the age of 30 and above. Besides carrying out regular gynecological examinations, several screening and diagnosis have become a must for most reproductive woman.

I had my first pregnancy at the age of 29. Without any specific medical history or reason, I accepted the suggestion of my gynecologist to have a “Triple Test” screening. Before I had my “Triple Test”, I know nothing about it. After I had the “Triple Test”, I also do not bother to know what test it is. However, the eagerness to know further existed when I was told my result is not favorable. It is 1/200 which is 5 times higher risk for those in the same age group with me. I have gone mad...I cried for many nights...sleepless night...

What is TRIPLE-TEST?
It is also called triple screen, the Kettering test or the Bart's test. TRIPLE-TEST is a screening performed in the second trimester of pregnancy. It is based on the computerized analysis of four elements: the maternal age and three (3) fetus origin serum levels (serum levels of AFP, estriol, and beta-hCG). It individualizes 70% of the Trisomia 21 (Down Syndrome) but also Edwards Syndrome and Spina Bifida. With 5% false-positive rate. These tests classify a patient as either high-risk or low-risk for chromosomal abnormalities (and neural tube defects).

The test, however cannot confirm that the baby is affected but it does indicate whether further tests are required. High-risk patients are then referred for an invasive procedure such as an amniocentesis to receive a definitive diagnosis. Not all hospital or clinic use the triple test; some offer the double test, where two substances are measured; other hospitals don't offer the test at all, but you can have it done privately.

FINALLY.....
After several surveys and much consideration, with the support from my husband and family, we decided to hope for the best and not proceed with further tests. A point to note, further tests also involved risks. I prayed hard along my pregnancy. Thank God, my little Keith is healthy. 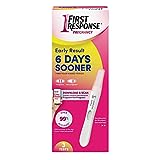 What is BPA? Baby bottle danger.

Recent reports suggest that the chemical bisphenol A (BPA) in the plastics used to make many types of baby bottles could cause behavioral changes in babies or contribute to early onset of puberty in girls. Further study is needed on the exact effects of BPA in humans, but many parents are switching to BPA-free bottles just to be on the safe side.

Do you need to sterilize baby bottle? Some believe that sterilization is not required with the current supply of water being treated and sanitized. But many parents still play it safe and sterilize their baby’s feeding bottles. Why?