Janine is a published author in Only Trollops Shave Above the Knees, appears on The Huffington Post and at Confessions of A Mommyaholic.

This article is dedicated to first to my husband of 6 years and second to our two wonderful daughters. To my husband, thank you for always being there for me and for all you do for us everyday all year long through the good and bad. Without you none of this would have been possible. And to my daughters, you are truly my sunshine and thank you for lighting up my world even in the grayest of days. Without you my world would be dark.

How it all Started...

It was the late spring of 2008, when my husband and I decided to try to conceive. We were married for almost 3 years and for those 3 years we were happy, but both longed to have a baby. Finally we felt ready, I remember throwing out my birth control pills which I had taken religiously everyday from about the age of 17 for almost 15 years.

That first month, we just did what we would normally do as far as our sexual lives, but now there was no birth control and we weren't trying to prevent pregnancy anymore. Well, lo and behold, like clockwork I got my period on day 28 of my menstrual cycle. I was always a 28 day girl even not on birth control back in the day, so nothing had changed, except now I was secretly heartbroken that I wasn't pregnant instead of thanking god that I narrowly escaped that near miss.

For the second month, I decided to chart my basal temperatures. I used a basal thermometer and a charting program that I found online to document my temperatures and also tried to use First Response Ovulation Tests. I have to say those damn sticks were so frustrating to read. Even when I thought, I was ovulating from the tests, I wasn't 100% sure, because trying to read those lines is the absolute worst and I think I would have had better luck playing Russian Roulette. Sure enough, month 2 ended with me getting my period on Cycle Day 28.

For month three, I decided I was do everything I had done previously, but also used the ClearBlue Fertility Monitor. This monitor is pricy, but the accuracy is unbeatable. Instead of having to read the ovulation sticks myself, the machine did all the for me and took out all the guesswork or human error. Well, at the end of month 3, I was pregnant. However, my happiness was short lived, because it turned out it was a chemical pregnancy.

My chemical pregnancy was the single most gut wrenching experience of my life. I swear in 2 weeks time I went from being pregnant, due May 19, 2009 to having nothing but what felt like the worst menstrual period of my life. My doctor, at the time, truly had no bed side manner. He told me I was a 'little bit pregnant' and put me on progesterone suppositories like it was nothing. I had 3 repeat Betas and by the 3rd was told to call the office to get the results at a certain time of the day. I called only to be told, he was busy and could he call me back. When I pressed further just to have some peace of mind, this doctor got on the phone, told me it was a 'loss' and hung up on me. I was at work when this happened to me and was devastated. Thankfully my superior let me go home no questions asked. This doctor never told me what to expect and no further instructions. I went off the progesterone and within 6 hours started to bleed and pass clots with the worst cramping ever. It truly felt like all my hopes and dreams were being ripped out of me.

As can be imagined, I was pretty much traumatized from that experience. I was an emotional and hormonal wreck. I snapped at my husband quite a bit in those first few weeks. About this time, I had also found a wonderful support group online for women like myself trying to conceive. It was a website dedicated to woman and had 2 sides. One side of the message board was dedicated to woman trying to conceive (TTC) or the two week wait (TTW) and the other was for woman already pregnant.

I also remember being petrified to go another doctor for fear of what or how I would be treated, but so desperately wanted to be pregnant again. Well, after that I had many people trying to refer me to their doctor. I remember being given all these different doctor's numbers and thankfully I called one of them. I will never be sorry that I did call the one I did. From the moment, I called I was treated like family and not just a nobody who didn't matter. From the receptionist who answered the phone, who spoke to me for a half hour just listening to my fears and concerns to the doctor himself, who met with my husband and myself and spoke to us for over an hour. This doctor is by far the best of the best and truly cares about each and everyone of his patients. By the end of this meeting, he told me what I had had previously was a chemical pregnancy and not a miscarriage. He also told me, I should be able to conceive more children without an issue and incidence.

My husband and I went home and had some renewed faith that we would have more opportunities to have children now in the future. Well, I am a bit of a control freak and knew I still wanted so desperately to keep trying. So, once I had my period for that month, I began using the fertility monitor again and took Vitamin B to prolong my cycle after ovulation, as well as Prenatal vitamins. I remember pestering my husband that month when the monitor said I was ovulating and swear I didn't give that poor guy a chance to catch his breath during the 2 days before and the 2 days after.

Lo and behold, my Emma was conceived on or about Halloween 2009 and will be 3 years old on July 17, 2012. She was just in her first dance recital and tells me everyday now, "I do it all by myself!" But she was and still is my first baby. I have since had a second little girl as well, who will be 2 years old on November 23, 2012. So my doctor (who saw me 2 pregnancies and delivered both my girls) was 100% right when he I would have children and shouldn't have any problems conceiving again. Two children later and I can say he was truly correct about that. And by the way, I am proud to say I still speak to those women who got pregnant at the same time as myself back in 2008 on Facebook now in our own message board from the July 2009 Due Date Club (DDC) from the original message boards from the TTC/TTW and Pregnancy Boards. I am so thankful to them for all their continued daily support, because I know that I will always have a place to go when needed. 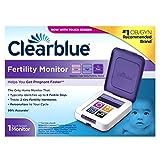 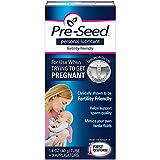