Why a U.S. Epidemic in Vitamin D Deficiency - Calcium

Vitamin D Deficiency Is Now Epedemic in the U.S.

Vitamin D deficiency is now recognized as an epidemic in the United States.

The major source of vitamin D for both children and adults is from sensible sun exposure.

New research suggests that most Americans are deficient in Vitamin D. With approximately three quarters of US teens and adults deficient in vitamin D, the so-called “sunshine vitamin,” the resulting health risks are tremendous. Deficient levels of vitamin D are increasingly being blamed for everything from cancer and heart disease to diabetes and arthritis.

This rise in vitamin D deficiency is, in part, due to our increased use of sunscreen and long sleeves, following the skin cancer prevention campaigns that have rightfully changed the way Americans view sun exposure. Using a sunscreen with as little as 15 SPF cuts the skins vitamin D production by 99 percent and there are few sources of the vitamin in our diets.

Vitamin D is the only vitamin that is also a hormone. After vitamin D is made in the skin or eaten, the kidney and liver help to convert it into an active hormone. As a hormone, it then controls our body’s ability to absorb calcium. It also helps to maintain muscle strength. When you are deficient in calcium and vitamin D, your bones break down to supply the needed calcium to the rest of your body.

Vitamin D deficiency is associated with low bone mass and osteoporosis because vitamin D is needed to absorb calcium from the diet. Low levels of vitamin D have also been linked with poor muscle strength and other chronic conditions, such as autoimmune disease and some forms of cancer.

The role of Vitamin D is shown in orange. 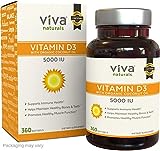 How much vitamin D do we need? Nutritional Supplements.

Very few foods in nature contain vitamin D. Fortified foods provide most of the vitamin D in the American diet. For example, almost all of the US milk supply is fortified with 100 IU/cup of vitamin D. Other dairy products made from milk, such as cheese and ice cream, are generally not fortified. Ready-to-eat breakfast cereals often contain added vitamin D, as do some brands of orange juice, yogurt, and margarine. In the United States, foods allowed to be fortified with vitamin D include cereal flours and related products, milk and products made from milk, and calcium-fortified fruit juices and drinks.

So, how much vitamin D do we actually need? Current recommendations are woefully inadequate and range from 200 IU for infants up to 600 IU for senior citizens. Current thinking in the medical and scientific communities is that boosting daily vitamin D intake to as much as 10,000 IU could yield significant health benefits.

Your body can’t create vitamin D on its own. Instead, it’s designed to make it through sun exposure. In theory, you can make an ample supply of vitamin D with as little as a couple of hours per week in the sun – provided the UVB rays are strong enough. You can also ingest D through food, especially fatty fish like wild-harvested salmon. Plus, lots of foods are fortified nowadays, so vitamin D deficiency should be an easy problem to solve, right? But the truth is, we’re just not getting enough, and so many of us aren’t even close. Vitamin supplements may be the only way some of us will get enough vitamin D.

Here are some points to keep in mind:

If you are prone to kidney stones or have another chronic health condition, check with your physician before taking vitamin D supplements. Vitamin D increases the body’s absorption of calcium, which can aggravate the development of kidney stones in those who are prone to them. 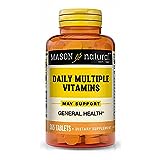