I trust most women are familiar with herbal remedies such as ginseng, black cohash, evening primrose, chasteberry, and St. John’s Wort. But Mother Nature has provided less commonly-known herbs that might be just as or more effective in providing relief for our reproductive system issues. This article lists six of them: Alfalfa, Hawthorn, Peach Leaves, Sceletium, Schisandra Berries, and Suma (Root). It also lists general ailments treated by these herbs.

The scientific name for Alfalfa is Medicago sativa. Other names include Weevelchek, Saranac, Buffalo, Lucerne, and Team. Alfalfa is an Arab word, which translates to “father of all foods.” The perennial legume is a member of the pea family, native to the Mediterranean, but grows all over the globe. It reaches a tad over three feet in height and has quite an extensive deep root system. Stems grow from the crown, which is the part of the main root or taproot protruding the soil’s surface. It has green, trifoliate leaves; small, blue-violet flower clusters (from July to September); and yellow-brown, kidney-shaped seeds.

Alfalfa has been used for centuries in Europe, India, and China to treat women. It has been helpful in relieving irregular menstruation by inducing it, or reducing heavy bleeding, clotting, and inflammation (symptoms of endometriosis). It treats other menstrual problems such as cramps and symptoms of menopause such as hot flashes, nocturnal/ night sweats, insomnia, palpitations, irritability, mood swings, dizziness, headaches and joint aches.

Besides women’s reproductive problems, Alfalfa has been used to treat osteoarthritis, high cholesterol, indigestion, asthma, diabetes, bladder and kidney ailments, allergies, and insect bites. It is also one of the highly nutritious foods fed to cattle and horses.

Many preparations are made from dried Alfalfa leaves and seeds. They include powder, capsules, tablets, liquid extracts, and tea. The raw sprouts are used in salads, soups, casseroles, other prepared foods, and beverages.

Alfalfa Side Effects and Drug Interactions

If you are estrogen-sensitive, pregnant, or breastfeeding you should not consume Alfalfa. It contains estrogen-like compounds that can cause cancer and miscarriages. Excessive consumption can result in kidney and spleen dysfunction and the reoccurrence of lupus. The fresh or raw sprouts and seeds are sometimes contaminated with bacteria such as E. coli, which is especially dangerous to the elderly and children.

Those on blood thinners such as warfarin and corticosteroids such as prednisone should also avoid using Alfalfa.

The scientific name for Hawthorn is Crataegus monogyna or Crataegus oxyacantha. Other names include Hawthorne, Chinese Hawthorn, Aubepine, Aubepine Blanche, Whitehorn, Mayflower, and Maybush. It is native to Northern Europe, the Mediterranean, North Africa, North America, and Asia but grows in other parts of the world. It tends to favor hillsides and woodlands. There are over a thousand species of Hawthorn. A member of the rose family the thorny, deciduous plant (some species are thorn-less) is usually small in size. It bears shiny, dark-green leaves of varying shapes and sizes; white, pink, or red flower clusters that bloom in May; and red, blue, black, or orange berries with one, maybe two or three large, oval seeds.

Hawthorn’s use in herbal medicine goes back some 2,000 years. Women used it for easing menstrual problems such as cramping, menopausal symptoms such as hot flashes, night sweats, irritability, insomnia, and itching. It also stops elevated vaginitis or vaginal discharge.

The herb has also been used to reduce cardiovascular diseases such as heart failure, irregular heartbeat, and atherosclerosis; to treat low and high blood pressure, high cholesterol, indigestion, worm elimination, diarrhea, urinary problems, skin problems such as boils, ulcers, and frostbite, and emotional issues such as stress, anxiety, and depression; eliminate dangerous toxins and free radicals from our cells; strengthen the immune system; and to increase our energy level and stamina.

Hawthorn’s leaves, flowers, and berries are used in making capsules, tea, tonic, tincture, and herbal douche. It is also used as an ingredient in candied fruit, jams, and wine, especially in China.

Hawthorn Side Effects and Drug Interactions

Side effects of Hawthorn include nausea, fatigue, dizziness, and headaches. Pregnant and breastfeeding women should avoid using it.

The scientific name for peach is Prunus persica. It is a member of the Rose family. The peach tree is believed to be native to China, but grows worldwide in temperate and warm regions. A normal peach tree is 25 feet tall, but farmers tend to keep it shorter. Its root system is deep and sizeable. Leaves are shiny green and oblong with subtle serrated edges. Flowers are light pink and bloom in the spring. Its yellow-red, round, fuzzy fruits or drupes with their single brown oval seed are harvested in autumn.

Peach leaves help relieve symptoms of morning sickness symptoms such as nausea, vomiting, and swollen feet in pregnant women, as well as premenstrual and menopausal symptoms such as irritability, mood swings, and depression. It is also shown to provide relief after hysterectomy.

Leaves can be dried or used fresh. Tea (hot or cold), tincture, poultice (fresh leaves), lotions, creams, shampoos, other skin and hair care products/cosmetics, beverages, even wine are all made from peach leaves.

If allergic, pregnant, or breastfeeding, peach leaves should be avoided. Taken in excess, it could act as a purgative.

More research is needed to determine drug interaction, but those taking antibiotics and other medications should avoid use.

The scientific name for Sceletium is Sceletium tortuosum. Other names include Kanna, Canna, Canna Root, and Racine de Sceletuim. The succulent, creeping or climbing vine is native to South Africa and reaches a height of about 12 inches. For centuries local tribes such as the San and Khoikhoi used it as an herbal remedy. Evidence indicates that it was used as trade currency in the 1600s. Perennial Sceletium has also been cultivated in England since the first half of the 1800s. Its roots are rhizomatous. Its thick, woody stems bear green cactus-like leaves; small, wiry-petaled flowers in white, pale yellow, pink, or salmon color; and small fruits or capsules, which open when wet to reveal numerous tiny seeds. The herb prefers lots of heat and sunlight. There are eight species of Sceletium.

The main chemical constituents of Sceletium are alkaloids, especially mesembrine, mesembrenol, and tortuosamine. They direct receptors in our brain to produce the neurotransmitter hormones serotonin and dopamine.

Sceletium can be used to treat the irritability, mood swings, and anxiety associated with pre-menstruation, menstruation, and menopause. It can also alleviate insomnia, depression, and the lack of sexual desire linked to menopause.

The leaves and roots of Sceletium were historically fermented and chewed as well as smoked. Currently, it is available as capsules, tablets, tea, and tinctures.

Sceletium Side Effects and Drug Interactions

Side effects of Sceletium include headaches, intoxication, insomnia, and depending on dosage some nausea and purging.

The scientific name for Schisandra or Schizandra Berries is Schisandra chinensis. Other names include Chinese Schizandra, Chinese Mongolavine, Fructus Schisandrae, Bac Ngu Vi Tu, Gomishi, Omiza, and Wu Wei Zi or 5 taste fruit. The latter refers to the fruit’s sweet, salty, sour, bitter and spicy flavor. This deciduous, climbing vine is native to northern China, Korea, and Russia and favors shade. It can be found growing in England and Europe, but rarely in the United States. Schisandra Berries been used in Chinese folk medicine for 2,000 plus years. Its green, oval leaves grow on woody stems. Its flowers are white, pink, reddish or yellow. Its fruits are small, shiny red berry clusters with kidney-shaped seeds, harvested in the fall.

These berries relieve the cramps, moodiness, fatigue, and depression symptoms of pre-menstruation and menstruation. They also relieve the insomnia, night sweats, irritability, depression, and memory loss symptoms of menopause. They are known to prevent uterine dysfunction that could lead to miscarriages (uterine over distention).

The Schisandra fruits or berries are eaten dried or cooked. They are also made into capsules, tablets, powder, tea, and tinctures.

Side effects include decreased appetite, heartburn, and itchy or rashy skin. People suffering from GERD/ Gastroesophageal reflux disease, stomach ulcers, high pressure in the brain, and pregnant and breastfeeding women should avoid using this herb.

Those on liver medications and blood thinners should also avoid Schisandra Berries.

Suma’s scientific name is Hebanthe eriantha or Pfaffia paniculata. Other names include Brazilian Ginseng, Hebanthe eriantha, and Para Tudo/ Toda. The latter was given by the region’s indigenous people and means “for all things.” Native to South American rainforest, especially Brazil, Suma is also found in Central America. The large creeping vine covers the ground like wall-to-wall carpet. It has centuries of use in medicine and cuisine and belongs to the Amaranthaceae or Amaranth family. Its complex deep root system is quite substantial and is harvested in the fall. Leaves are green, flowers are small and white, and fruits are red berry clusters. Each berry has white and black seed.

Suma contains are at least 19 amino acids, electrolytes, saponins, vitamins A, B1, B2, B5, E, and K, traces of minerals cobalt, iron, magnesium, and zinc.

Suma helps women in the following ways: it stimulates estrogen production, the libido, and fertility; treats premenstrual symptoms, menstrual symptoms such as cramps, hormonal imbalance, fatigue; menopausal issues such lack of concentration, memory, and hormone imbalance, and side effects from the use of birth control meds.

Suma root is dried, grounded, and used to make powder, tea, tincture, and tonic. It is also used as a food and beverage additive.

Suma or Suma Root should not be used by people with kidney and liver diseases, gastrointestinal and heart issues; those who are estrogen-sensitive (can stimulate production); have Suma allergies; pregnant and breastfeeding.

The herb could have dangerous interactions with antibacterial, anticancer, cholesterol, hormonal, and pain relieving drugs.

Note, all herbal medications can be purchased on or offline from health food stores. You can also check the health sections of supermarkets. 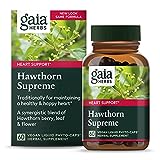 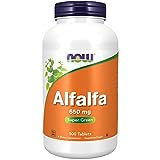 This article is simply to provide information and does not suggest you use these herbal remedies or herbs to treat any reproductive issue or any of the other ailments and health problems mentioned. Always consult your healthcare professional first.