Unplanned Home Birth - A Story Of An Unexpected Delivery!

It was February 2004, around 8:30 at night. I had fallen asleep on the couch, still in my work clothes. The phone rang, and it was my sister's best friend.

In 2001 my sister, Sally, found out that she was pregnant. She was single, living at home with our parents and working part-time as a server at a restaurant owned by friends of the family. I had just bought a huge house in the next town over that needed major renovations, which I would be doing mostly myself. I was single and had a high-paying job at a Fortune 100 company as a computer programmer.

It was simple math as far as I was concerned - once the baby was born, my sister and the baby would come live with me. She didn't need to pay rent - the house had an upstairs apartment that I was renting out to a friend, and I was making more money than I actually needed to live comfortably. Problem solved!

Fast forward to late 2003. My sister, her daughter and I were living a nice life. She worked at the restaurant at night, our parents babysat while she worked, and she took care of the house while I was at work during the day. She'd met a new guy along the way, and they were seriously involved. Then she came to me one day and announced that she was pregnant again, and she wanted the boyfriend to move in.

The upstairs apartment was now empty - the township had discovered that I was renting it out even though the house wasn't zoned for two-family use, so my friend had to move out. I had already gone to the trouble of installing a full kitchen up there, as well as a new front door that allowed separate access to the apartment. So I would move upstairs and my sister and her growing family could live downstairs - but this time they had to pay rent!

All was settled by December of 2003 - I was living upstairs, my sister, her daughter, Samantha, and her boyfriend, David, lived downstairs. The pregnancy was progressing smoothly, and everyone was happy.

Earlier that afternoon, I had gotten a call from Sally while I was at work. She'd told me that she was probably going to have the baby that night. I said "Congratulations" and that was that.

Little did I know that soon after that call, the contractions had started. She'd thought that she would have plenty of time to get herself ready and drive to the hospital. Her first pregnancy had been a little complicated, and she'd had to have labor induced. As a result, she had not yet experienced the natural progression of labor and delivery.

She had been taking a shower as the contractions began to get closer. Her best friend, Kelly, was watching 3 year-old Samantha and David was napping on the couch - he had no idea how close the delivery was, and was waiting for Sally to get ready so that they could drive to the hospital. But during her shower, Sally realized that there wasn't going to be much time left. She called for Kelly, and together they managed to get Sally into a t-shirt and sweatpants. That was when they decided there was no way they could make the 40 minute drive to the hospital, so Kelly called me.

So I got the call from Kelly - she was calling from downstairs, so I woke myself up and dialed 911 on my way down the steps.

The 911 operator answered before I made it all the way down the stairs and outside.

As I came in the downstairs front door, walked through the kitchen and down the hallway to the back bedroom, I could hear Sally grunting in pain. I was explaining the situation - as best as I knew it - to the operator. He assured me that he had notified the first aid squad and the police, and that help would be there soon. An ambulance with trained E.M.T.s would arrive from the hospital as soon as they could...

In the bedroom, Sally was standing bent over the side of the bed with her back to me. Samantha was calmly sitting on the bed, stroking her mother's arm and saying it would be okay. David and Kelly were standing on either side of Sally, waiting for me.

Again the operator said help was on the way, and he began relaying questions for Sally - how far apart were the contractions, how much pain was there, that sort of thing.

By this point, it had been about five minutes since I'd made the call, and the pain was increasing. Sally began yelling out with each contraction, and Samantha started to get scared. I called her over to me and we walked to the front door to see if the ambulance was coming. The house had a convoluted layout, so it was about a hundred-foot walk to get down the hall, through the kitchen and into the living room where the front door was located. Along the way I held Samantha's hand and chatted with the 911 operator. None of us was terribly worried - we were sure that help was on the way...

Over the next 15 minutes, I paced back and forth with Samantha from the bedroom to the front door and back. I was beginning to get anxious - we were not at all prepared for giving birth at home! The operator told Sally to lie down on the bed and cross her legs, but she was in the throws of delivery delirium and refused.

The next time I came back to the bedroom, everyone was still in the same position - Sally bent over yelling and grunting, David on her left and Kelly on her right. Samantha was now crying and confused and scared. I looked over and saw that Sally's sweatpants were now at her ankles, and there was a distinct scent of poop in the air. Kelly was cleaning the mess from Sally's legs with a bath towel, and David was trying to comfort her.

I gave the operator an update, and he again recommended that Sally lie down to try to slow the progress of the delivery. She was having none of it!

Now, I had been trying to divert my eyes this whole time - I was not at all interested in looking at "that part" of my own sister's body, but I knew I had to see what was going on. During the next contraction, she grunted loudly and bent closer to the bed. Her rear end lifted into the air and I clearly saw the baby's head crowning. Sally was actually trying to not push, hoping that a professional would arrive and assist us.

I told the operator that I could see the head emerging. If I remember correctly, his response was, "Oh, jeez".

It was time for me to take charge. The operator told me I needed a towel, so I went into the bathroom only to find the towel rack empty. The next bathroom/laundry room was 20 feet down the hall, so Samantha and I headed there.

I asked the operator if the towel was absolutely necessary. He insisted it was.

Again, no clean towels on the rack, but there was a pile of towels sitting on top of the washing machine. I grabbed a clean-looking one and went back to the bedroom. From the doorway I could now clearly see the head trying to emerge, and I tossed the towel to David.

"All right, Sally. You better push or you're gonna suffocate that baby," I heard myself say.

I held Samantha's hand in one hand and the telephone in the other.

David crouched down, assuming the pose of a catcher behind home plate, the towel spread between Sally's calves.

She pushed, and a little baby dropped right out of her and into David's waiting hands.

Sally let out a sigh and her whole body sagged.

Samantha stopped crying, and I said to the telephone, "Okay. The baby's out. Is anybody coming?"

Samantha walked into the room and climbed onto the bed next to her mom.

Sally somehow managed to swing her right leg over David's still-crouched body so that she was now facing me, with the bed behind her.

He lifted the baby up as she managed to sit down without crushing the umbilical cord.

I walked to the front door, and as I stood on the front stoop I watched an ambulance go speeding by the house, lights flashing, followed closely by a police car. The ambulance drove right by, but the cop pulled into the driveway, parked and jumped out of the car.

He asked, "Where are they?"

"She already gave birth. They're in the back bedroom." I pointed him to the hallway and figured he could find his way from there.

Out on the curb, a woman in a volunteer first aid jacket was waving her arms at the ambulance, which had managed to turn around and come back to the house. The cop's car was blocking most of the driveway, so they had to squeeze in next to him.

I thanked the 911 operator as the first aid volunteers approached the door. I waved them to follow me inside the house. The 911 operator was pumped with adrenaline and excitement as we said our goodbyes - turns out it was his first delivery, too...

By the time I got to the bedroom, it was abuzz with people. Mother and baby were still attached by the cord; one first aider was struggling to open a plastic-wrapped blanket and asked me for a pair of scissors. A few others were milling about, not sure what to do. The room was in chaos, so I grabbed Samantha and we went out front to wait for the real ambulance and the trained E.M.T.s.

On my way through the kitchen I noticed both the digital still camera and the video camera sitting there, just waiting for someone to pick them up - I could have video-taped the whole thing!

When I arrived at the front door, the cop was pulling out of the driveway - he had been even more useless than the volunteer first aid folks - and the real ambulance was backing into the driveway.

Just then, a car pulled up and my mother stepped out. She came to the front door and asked "What's all the commotion?"

"Sally just had the baby," I answered in an ah-duh sort of tone.

"She called me an hour ago to come over and go to the hospital with her!"

"Tool late," was my answer.

We went inside with the E.M.T.s, who promptly cleared the room of the ineffectual volunteers. Kelly and I took Samantha out to the front living room - she was crying again and needed to calm down.

After about fifteen minutes, the E.M.T.s managed to get Sally and the baby out of the house and into the ambulance, where David joined them. Samantha and my mother were getting into the car so that they follow them to the hospital. Kelly cleaned herself up in the bathroom and the two of us went out for drinks!

Everyone turned out just fine.

FYI - In the interest of privacy, all names and dates have been changed...

Books from Amazon.com about Home Birth 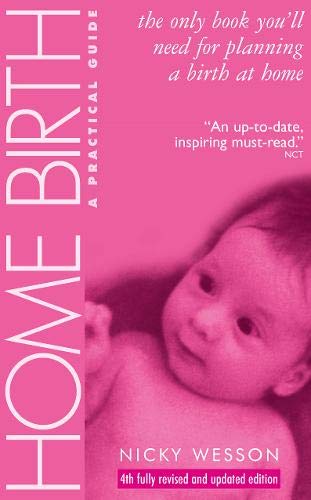 DVDs from Amazon.com about Home Birth

Business of Being Born, The
Buy Now

Ambulance photo from http://www.flickr.com/photos/niosh/ / CC BY 2.0

Photos of the children copyright the author. ©2010, All Rights Reserved.