Have you heard of valley fever before?

If you've never heard of valley fever, you're not alone. Many medical doctors have no idea what it is! Yet coccidioidomycosis infections are abundant in the southwestern United States. Its effects can be less noticeable than a mosquito bite or can have lifelong, disabling effects or be fatal.

I first became familiar with valley fever when growing up in Phoenix, Arizona. I knew dozens of people who had been infected with the fungus. "If you live in Arizona for more than a few years, you'll eventually catch it," I was told. These words came from the doctor who informed me that I, too, had been infected with the illness that can be called by a variety of names: valley fever, San Joaquin valley fever, or "cocci" after the scientific name of the fungus.

"It's nothing to worry about," he assured me. "Even though your test result is positive, there's no way to tell if your exposure happened recently or a long time ago."

I felt reassured. After all, I did not have any symptoms. Today, I'm not even sure why I'd had the test done! It was probably part of a physical exam, but I can't remember for certain. After all, I was a teenager in 1980.

In recent years, I've had reason to revisit the diagnosis, but have found little progress. For nearly a decade, I have had troubling symptoms that have most recently been diagnosed as "non-aggressive rheumatoid arthritis" and fibromyalgia. I've been tested for lupus, an enlarged heart, and sleep disorders. I'm told that I have asthma, too, and have had a granuloma (a nodule that is probably scar tissue) in my lung. I've wondered if these symptoms might be due to valley fever, but now that I no longer live in the southwest, my doctors are stymied when I mention it!

Unfortunately, it's far more serious than it once was believed to be. Between 200 and 500 deaths occur each year related to valley fever. Dust storms or "haboobs" stir up and spread dust into ever larger areas. Recently, spores have been found in the soil in one area of Washington state.

Coccidioidomycosis is considered a possible terrorist threat and is regulated by the Antiterrorism and Effective Death Penalty Act of 1996. Although doctors estimate that fewer than 2% of all cases are diagnosed, there has been a monstrous rise in reported cases: only 255 cases were reported in Arizona in 1990, about ten years after I'd been diagnosed with the infection, but in 2009 a whopping 10,279 were!

Keep reading to learn about Coccidioidomycosis, and the causes, symptoms, treatment, and prevention for Valley Fever.

Valley fever is a condition doctors are required to report to health authorities in fifteen states. Cases have been noted in other states - as far away as Delaware - but are believed to be the result of travel in the endemic regions where the spores are known to be present. About 2/3 of all cases of cocci are contracted in Arizona.

Cause and Symptoms of Valley Fever

Coccidioidomycosis is a fungus that resides in the soil. It's commonly found in the southwestern part of the United States, including California, Arizona, Texas, New Mexico, and southern areas of Utah and Nevada. Some areas of Mexico and Central America are also known areas for Coccidioidomycosis.

When soil gets disturbed, spores from the fungus are released into the air, where they may be breathed into the lungs and cause infection. The infection isn't contagious from one person to another, but it can be transferred through organ transplants.

When a person gets infected, they may not show any symptoms at all. Those who do experience symptoms notice them around 1-4 weeks after their exposure. Many of them think they've "caught a bug" that goes away after a short while.

The initial noticeable symptoms of valley fever include:

If the body's immune system doesn't ward off the infection well, it can progress to a more advanced stage that has slightly different symptoms:

Very few cases of valley fever progress beyond these symptoms. However, in some cases, the infection can cause severe problems. Because the fungal infection takes place in the lungs, it can cause lesions that impair breathing and cause other pulmonary problems. One woman I knew who moved to Arizona had to have a portion of her lung removed due to disabling symptoms caused by valley fever. Her symptoms were confined to her lungs and after her operation, she recovered fully.

Not all cases stay localized. When a body doesn't adequately fight the infection, it can spread.

Have you ever spent time in an area where valley fever is endemic?

Valley Fever Epidemic
One of the only thorough sources of information for the lay person. This book is a must-read if you live in an affected area or expect to spend time in one.
Buy Now

When the infection manages to spread through the bloodstream, it can affect the human body in many chronic and/or life-threatening ways. It can affect the central nervous system and the lymphatic system, both of which are critical to maintaining good health.

People with disseminated coccidioidomycosis may experience:

Although the National Institute for Health (NIH) acknowledges that valley fever can result in death, they do not specify exactly what happens in fatal instances. I suspect death is usually the result of meningitis or pneumonia complications, but it might also be due to the way the illness can affect a person's mental health.

Everyone who travels or lives in high-risk areas can contract valley fever.

Some factors can make a person more prone to serious illness when they're exposed:

Men are more prone than women to the disseminated form of infection in non-high-risk groups.This may be due to the fact that more men than women work in professions where exposure to dust particles is greater: construction, farming/ranching, and over-the-road driving often expose workers to disturbed soil or dust storms.

If You've Been Diagnosed with Cocci

The Official Valley Fever Survivor Medical Glossary
This book provides useful information to help patients make sense of the tests and procedures that may affect them as they cope with treating more difficult cases of valley fever.
Buy Now

According to the National Institute of Health, initial testing to confirm suspected mild cases of valley fever can include:

The tests above typically reveal active cases but fail to detect whether the disease has become more serious. When dissemination is suspected, doctors may be forced to look deeper:

Stories & Info by People Who Have Had Valley Fever

Once a person has acquired cocci, the body attempts to fight it. The infection will go dormant, but the fungus remains. In most cases, it remains inactive forever, but patients can experiences relapses to varying degrees. Cases of disseminated valley fever may occur decades after the initial exposure and last known symptoms.

Many doctors, especially those who aren't familiar with the illness, advise taking things easy for a few days and do not actively treat the fungus. Anti-fungal drugs can benefit some patients, and doctors may prescribe one of them. The NIH says "The best length of treatment with these medications has not been determined." The Centers for Disease Control (CDC) says anyone with a compromised immune system or who is otherwise at risk for developing serious illness should be treated with anti-fungal drugs.

Otherwise, treatment focuses on secondary illnesses and symptoms, such as treating meningitis or addressing lung problems or joint pain.

There is no cure for the illness, although the body's immune system (with or without anti-fungals) can usually encapsulate it to prevent it from spreading.

Dogs, Cats, Horses, and Cattle Can be Affected, Too. Information on Canine Valley Fever: 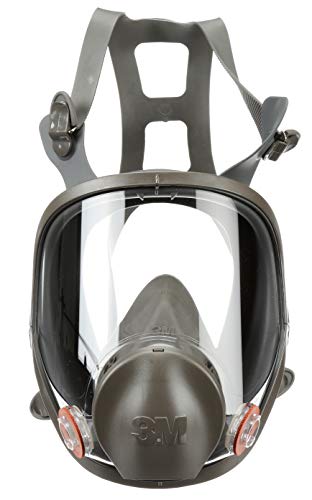 Can Valley Fever be Prevented?

Scientists are working to develop a vaccine against cocci, but so far none exists.

The only sure way to avoid it is to stay away from the areas where it's endemic. Ordinary paper dust masks will not provide a good barrier against cocci spores.

Masks like the one shown here are noted for providing suitable protection, but even so, they aren't foolproof either, since even a moment without it could be the moment a spore is inhaled. For people who expect to be exposed to disturbed soil, especially during windy conditions, it can provide some extra protection while working or driving through areas of the southwest.

Because the areas where valley fever is present in the U.S. are also areas with high population growth in recent years, the risk of infection is higher than it was when I was first diagnosed with it. Although most people I've known who have had the illness did not suffer serious consequences, I believe we will be hearing much more about cocci in coming years. Hopefully we'll have better treatment and prevention then, too.